Jürgen Klopp’s First Starting XI: Where Are They Now? 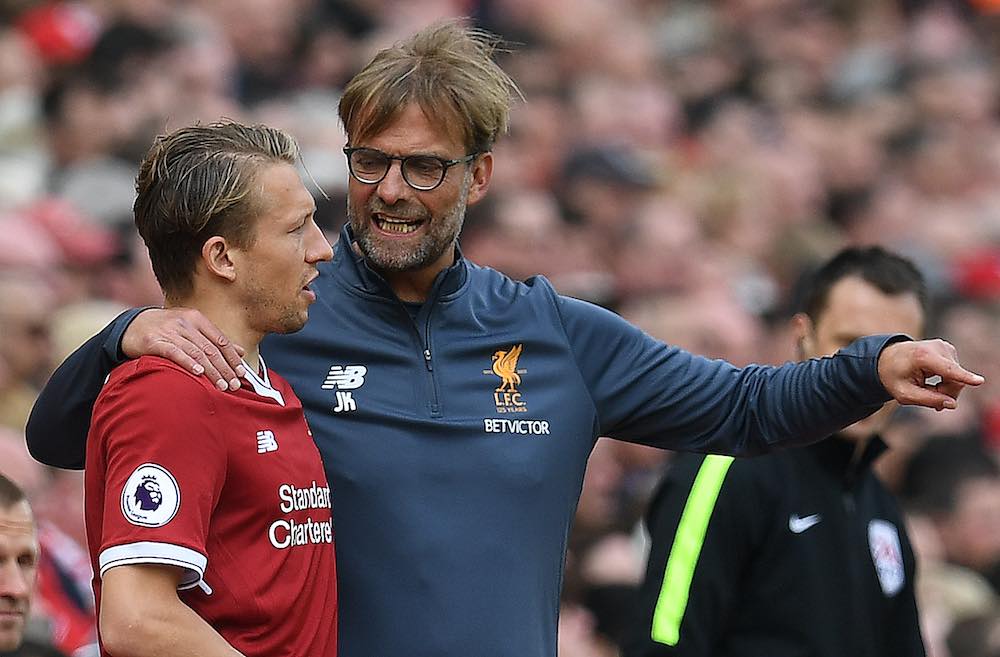 It is fair to say that ever since Jürgen Klopp joined Liverpool seven years ago, he has revitalised the red side of Merseyside.

He quickly created a winning culture at Anfield which resulted in the Reds lifting a Champions League and Premier League title.

They came close to an unprecedented quadruple last season but they could get over the final hurdle in the Premier League and Champions League.

Klopp’s first game in charge of Liverpool was against Tottenham Hotspur in October 2015, it was a 0-0 draw away from home.

The Belgian goalkeeper spent six years at Liverpool before making the move to Club Brugge in 2019 where he is still today.

He was part of the team that lifted the 2019 Champions League, however, Liverpool opted to upgrade on Mignolet by bringing in Alisson Becker.

Clyne joined the Reds from Southampton and he went on to play just under 100 games in a five-year spell. Today, he is at Crystal Palace under Patrick Vieira.

Škrtel spent eight seasons at Anfield before departing for Fenerbahçe at the beginning of the 2016/17 campaign. After leaving Fenerbahçe in 2019, the former Slovakian international went on to play for Atalanta and İstanbul Başakşehir. He retired after his spell at Spartak Trnava in May.

The 29-timed capped French international was thought to be the next young star centre-back when he left Paris Saint-Germain for Liverpool in 2013.

After an underwhelming time in a Liverpool shirt, Sakho joined Crystal Palace where he spent four years with the Eagles. Now, he is at Montpellier.

Moreno established himself as a reliable defender for Liverpool but after five years in red, he left for Villarreal in 2019. Despite not setting the world alight, Moreno was a dependable source following his £12m move from Sevilla.

The Brazilian spent ten seasons at Anfield, making over 200 appearances, before his departure to Lazio in 2017. He spent five years at Lazio and is currently at Grêmio, back where his career started in 2005.

Can joined Liverpool ahead of the 2014/15 season from Bayer Leverkusen where he had sky-high potential. He couldn’t fully reach that potential at Anfield and after his contract expired in 2018, he signed for Juventus but he returned to Germany on Deadline Day of 2020 with Borussia Dortmund.

The only player on this list that is still a Liverpool player is Milner. At the age of 36, the versatile Englishman is still a reliable player who is called upon by Klopp regularly. He has made over 200 appearances for the Reds and he has also played for Leeds United, Aston Villa and Manchester City.

Lallana, as in Clyne’s case, joined Liverpool after an impressive spell at Southampton as a young player. Injuries were a major setback though for the 34-year-old and he joined Brighton in 2020 on a free transfer. The midfielder remains a useful player for Roberto De Zerbi’s side

Coutinho was one of the best Liverpool players at the time when Klopp joined the Reds. He continued to impress but left for Barcelona in January 2018 for an initial fee of £105m. Coutinho didn’t deliver for the Catalans and he joined Aston Villa on loan in January and was then made a permanent deal in the summer.

Origi was known for his last-minute winners — most famously in the Champions League semi-final against Barcelona. After eight years at Anfield where he was mainly used as an impact substitute, Origi joined AC Milan in the summer on a free transfer.

This line-up shows how far Liverpool have come since that draw against Tottenham. Only one player from that team remains in the squad today.