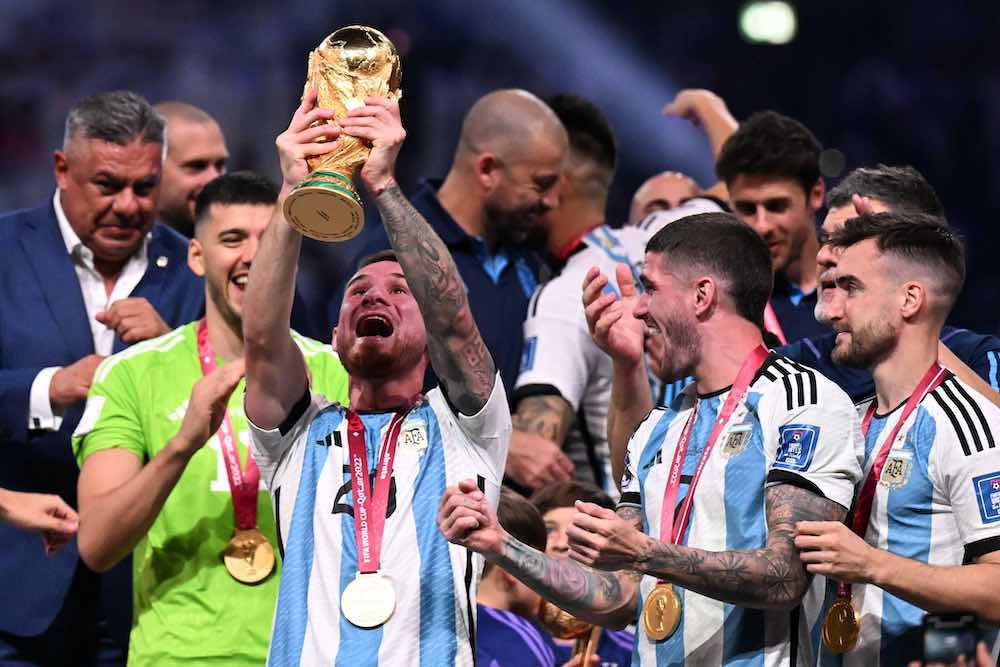 Destiny delivered for Argentina and Lionel Messi in Qatar as one of the greatest players ever to play the game finally got his hands on the Jules Rimet trophy.

This was the third time Argentina has won the World Cup, but the first time Messi has been able to claim football’s biggest prize.

Too often in his career as an international player for Argentina, he has been almost left to handle to burden himself. Carrying his country as far as he could on his back, but 2022 was different.

Even the most seasoned casino reviewers could not predict the chances of Messi winning the World Cup. Argentina were not the favourites going into the competition, but there was increasingly a sense of fate for Messi.

A number of players stepped up and gave their all for Messi and Argentina. They saw it as the final chance to give their teammate and hero the trophy he deserved before he retires.

Amongst those players include stars like Rodrigo De Paul of Atletico Madrid, Angel Di Maria and Leandro Paredes of Juventus, and Emiliano Martinez of Aston Villa.

In the midfield, supporting Messi with progressive passes while also endlessly running to put in defensive masterclasses was Brighton and Hove Albion’s Alexis Mac Allister.

Having been utilised as an attacking midfielder in the Premier League last season, he moved to a deeper role recently. While still being utilised in the attack, he played in a central midfielder two behind Messi and Julian Álvarez in a role he quickly adapted to for Brighton this season as well.

It started for Mac Allister, like it did for his older brother, at Argentinos Juniors. He worked his way through the youth ranks and made his professional debut in 2016/17. That year he helped his side achieve promotion to the top flight.

Signed for Brighton by Graham Potter in January of 2019, Mac Allister returned on loan to Argentinos Juniors till the end of July that season, before finishing 2019 on loan at Boca Juniors.

His brothers continue to ply their trade in Argentina, while his father, Carlos Mac Allister is one of the most recognizable names in Argentine football. He too played for Argentinos Juniors and Boca Juniors before retiring in 1999 and also starred alongside Diego Maradona in the Argentine national team.

He has since become a key player in Brighton’s continued improvements in the Premier League and really made the most of the injury to Giovanni Lo Celso which opened up his role in the Argentine national team this World Cup.

Mac Allister provided supporting runs to the forward line of Messi and Álvarez throughout the campaign while also balancing his defensive responsibilities impressively.

His contributions in attack were perfectly highlighted with a wonderful assist for Angel Di Maria to give Argentina a 2-0 lead in the World Cup final just before halftime.

For Mac Allister this will be a moment he will never forget, to have been a part of a side that wins a World Cup is a monumental achievement. And at just 23 years of age, playing alongside the likes of Enzo Fernandez (21), Cristian Romero (24) and Álvarez (22) there is a lot to be excited about for the future of the national team. Messi himself has said he hopes to continue after many thought he would retire on a high.

With just 14 caps for his country, Mac Allister is a World champion. Brighton will no doubt have a hard time keeping hold of their star midfielder, though his performances will have certainly added a few million to his price tag now.