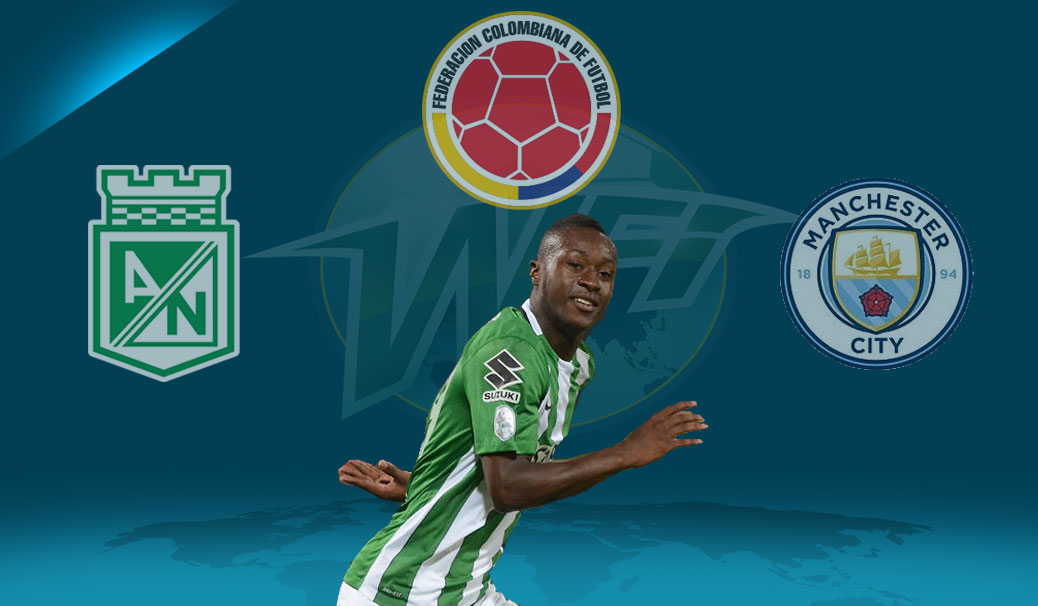 The Copa Libertadores has always been a stage for “South America’s Next Big Thing” to make himself known.

Countless players have parlayed success on South America’s biggest stage into moves to massive European clubs. The latest of those is the darling of Medellín, Atlético Nacional’s Marlos Moreno.

Pegged as a dark horse at the start of the competition, Atlético Nacional have exceeded the expectations of even the most optimistic of outlooks.

Drawn into a favorable group, they made short work of their opposition, finishing group play undefeated and without conceding a goal.

It was at this stage that the 19-year old Moreno burst onto the scene, scoring three times in his side’s first three matches. His performances also earned him a spot in Colombia’s squad for the March World Cup qualifiers.

It was then, in the thin air of La Paz, that Marlos announced himself on an even bigger stage.

Colombia jumped out to an early 2×0 lead, looking to make quick work of their Bolivian opponents. However, Bolivia pegged them back, and with 85 minutes played, the score stood at 2×2.

At that point Jose Pekerman called on the youngster Moreno, who made an impact almost immediately:

Moreno burst up the left side leaving defenders behind him, and slotted in a perfect ball which Edwin Cardona put away for Colombia’s 3×2 victory.

This play shows everything that makes Marlos such a phenomenal talent. The pace to beat defenders, coupled with the decision making necessary to find teammates in the right position.

While Marlos’ form slipped after returning from these qualifiers, he was nonetheless selected for Colombia’s Copa América side where he scored his first international goal in their 3-2 loss to Costa Rica.

In the first leg of Atlético Nacional’s Libertadores semifinal, Marlos was back on his best form, providing this peach of a back-heel assist for his side’s second goal:

What makes Moreno so special is his ability to combine sheer physical ability with impressive mental acumen.

Not often is a 19-year old this intelligent with the ball on his foot. In fact, too often, youngsters are physically gifted, but lack the mentality to put it all together.

Instead of consistent strong performances, youngsters show signs with perhaps an impressive 30 minute stretch or two, but never as consistent as Moreno has shown over the past 6 months.

It is this rarely seen combination that has enticed Manchester City into reportedly prying him away from Atlético Nacional.

City will initially loan him out, with Deportivo La Coruña reportedly in pole position for his services.

While it could still be a few years before Marlos makes an impact with his parent club, a loan move to Spain will greatly help his development. Right now, most important for Moreno is game time. City allowing him to go to the Spanish side will let Marlos adjust to the different European style, while also giving him the valuable minutes on the pitch he needs.

While fans of both City and Dépor will no doubt be anxiously awaiting his arrival in Europe, Marlos’ business in South America is not yet done.

Starting Wednesday, Atlético Nacional will take on the Cinderella story of Ecuador’s Independiente Del Valle in the Copa Libertadores final.

Before moving on to Europe, most likely for good, Marlos will want to make one final statement in his home country.

If IDV are weak, it is in their defense, news that will surely please Marlos and his fellow Atlético Nacional attackers.

Expect free-flowing football in both legs, meaning plenty of opportunities for Marlos to show just what makes him so special.

So often in South America, young players are hailed as the next coming of another player who has successfully gone before them.

In Brazil, each young star is seen as the next Neymar. Too often, analysts fall back on the crutch of comparing players to someone else rather than describing them for what they are as players.

Palmeiras’ Gabriel Jesus isn’t the next Neymar because he doesn’t have the pace that Neymar has, and has better attacking instincts than the Barcelona star.

The same is true of Marlos Moreno. Marlos has a maturity about him that few others before him have possessed.

While there are undoubtedly still things for him to work on, the development he’s shown in his short time with Atlético Nacional and the Colombian national team has me certain that, with time, he’ll develop into a star.

Marlos Moreno isn’t the next somebody, he’s Marlos, and that should suit him just fine.