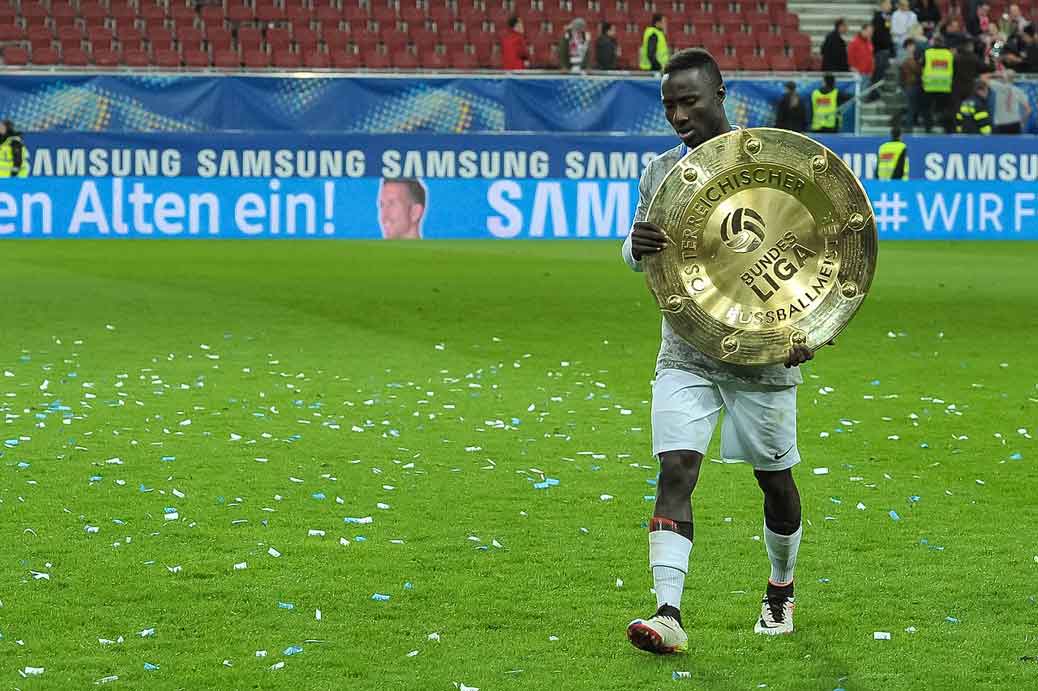 Hyperbole is commonplace in modern football. We live in the era of rampant social media speculation where any talented player is blown out of proportion.

Gone are the days when the majority of the footballing world would discover new and exciting young talents only at international tournaments. Now footage of youth matches is widespread and the identities of potential stars are broadcast earlier.

There is one player, though, that I think has slipped under the radar somewhat . That player is the Guinean international midfielder Naby Keita.

Keita is not a one club man having played originally in his native Guinea for Horoya, before making the move to France with FC Istres.

He only spent a single season in France before being identified by the scouting and recruitment team from Red Bull Salzburg.

The Red Bull franchise has a number of critics within football, who see a corporate entity trying to replace the history of a club with their own vision and philosophy.

Whilst there are certainly some merits to these complaints there are also positives that really need to be considered.

Red Bull are aware of their current standing in European football and whilst they have ambitions to compete at the highest level they are currently in a consolidation phase of their project with RB Leipzig in the German Bundesliga.

This means that they recruit players that fit a certain age and technical profile, and develop those players. The best amongst the new recruits are effectively given a shop window in which to show what they can do before eventually moving on to bigger and better things.

Naby Keita appears to be the most talented of those recruited players and the impact that he is having on the German Bundesliga, having moved in the summer from sister club Red Bull Salzburg to RB Leipzig, has been nothing short of astonishing.

He’s a midfielder in the modern style who is capable of playing every role in the centre of the park. He’s comfortable in the defensive or the attacking phase and creative enough to play through lines either whilst running with the ball or just passing through the centre.

Keita is quick and physically powerful, allowing him to recover his position quickly in the defensive phase and move forwards to support the attack when in transition.

Strong in the defensive phase

One of the most important attributes for the modern midfielder is the ability to read danger and cover space in the defensive phase without being pulled too easily out of position. Keita excels in this.

His reading of the game and ability to identify areas of danger in his own side’s defensive structure make it difficult for the opposition to attack effectively on the counter.

Keita is capable of playing as part of a double or single pivot in the midfield, and has been used in the defensive and attacking midfield strata for his side this season.

This versatility should serve Keita well as his career develops, although eventually he is going to have to develop a regular role in the side. In this image you see Werder Bremen looking to hit Leipzig with a quick counter attack as the Leipzig defensive unit is disorganised.

In this situation many young midfielders would be drawn towards either the man in possession on the flank, or the advancing player making an angled run from behind the ball.

Instead of this, Keita is able to read the position of his defensive team mates and identify that there is no cover centrally as they move out to engage the ball and runner.

Instead of being attracted in towards the ball Keita quickly moves in to the marked zone and provides much needed defensive support and cover.

These movements quickly show a player with a good sense of positional superiority on the pitch as well as an understanding of how the play is likely to develop. Usually this is developed by young midfielders over time.

Whilst playing for Guinea he has seen his side pressed deep into their own area. Keita tends to play in the more advanced midfield area for his country and is covering the edge of the penalty area.

Instead of an angled cut back or a centred ball, the pass is made back across the goal in to the stride of the advancing opponent.

Once more Keita has the foresight and speed to quickly identify the danger and move across to engage and win the ball.

An example of counter-pressing (click image for larger version)

On this occasion Keita moves to force a turnover in possession before the opposition attack really gets going.

As Leipzig lose possession deep inside the opposition’s half, the opponent looks to shift the ball quickly in to a more advanced area to facilitate a quick counter.

Keita is extremely adept at making well timed challenges in appropriate areas of the field and rarely looses a direct challenge in this manner.

His timing is excellent and he seems perfectly suited to a counter pressing style of play even though this is not necessarily used by Leipzig.

Another strength of Keita’s game is his ability to manipulate the ball and beat a direct opponent in a one on one duel.

The capacity for central players to go past their man is a fascinating one as this movement immediately throws the defensive block of the opposition in to disarray, and presents the opportunities for your side to create an overload in the central areas.

Keita is comfortable in driving centrally with the ball and he has the capacity to use a trick to beat a man either on the left of the right.

The following three images are all part of a sequence – click the images for larger versions.

In the first instance, Keita receives a short pass infield and opens his body to receive the ball on hos back foot. In tight areas like this, where there is a direct opponent applying pressure, there can be a tendency for young players to play it safe and look to take a touch back and away from the pressure.

Instead by taking the ball on the back foot Keita is able to take advantage of the momentum of the direct opponent and shift the ball immediately past him whilst he is off balance.

Now Keita is faced immediately with another opponent who was covering the first man. Note the space between this opponent and the defensive line. If Keita is able to play through this man or go past him then the opposition will be exposed.

In this tight area we see an example of Keita’s trickery and quick football brain. He drops a shoulder to move past the opponent on the right side but instead performs a quick stepover and immediately moves away past on the left side.

As with the first player faced in this sequence his opponent is left off balance and unable to challenge.

Now with two opponents beaten Keita drives through the gap and towards the edge of the opponents block.

He has the option to play the ball in to a team mate in an advanced area but chooses to run with the ball instead.

Eventually Keita accesses the space on the edge of the box and waits for the right moment before releasing the pass through the defensive line for a team mate to run in on goal.

These three moments all display quick thinking and technical ability as well as pace to move away from the second player and attack the space left behind.

Intelligent passing in the final third

As well as being defensively solid, Keita is a creative presence in the final third of the pitch.

His role with Leipzig gives him the freedom to move through the thirds of the pitch as the play develops and to play an active role in each phase of possession.

When in and around the edge of the box Keita is an accurate finisher who is not afraid to shoot from distance. He also, however, has the capacity to slip through passes in between the opposition’s defensive line.

As Keita drives through in to the final third of the pitch he is capable of quickly assessing information and identifying the right passing lane to use.

When in this situation Leipzig constantly look to move players forward through vertical corridors, stretching the opposition defence and creating as many options as possible for the man in possession of the ball.

In this instance Keita slips the ball through the centre of the defensive structure for a team mate to move on to.

Slightly different this time as the opposition are arrayed in a deep defensive block with limited space in behind that could be exploited.

Instead of simply shooting or indeed playing the ball through the defensive structure, Keita has the patience and intelligence to pause on the ball before playing over the top for an on rushing team mate to attack what space there is behind the line

Naby Keita is without doubt a Champions League ready player.

His playing style and temperament appears to be perfectly suited to a top European club, and he has shown the capacity to adapt quickly already in his short career having played in France, Austria, and now Germany.

It is only a matter of time before the biggest clubs in Europe are heavily linked with the player from Guinea who has been forged by Red Bull.