Claudio Ranieri’s Sacking Will Only Add to Leicester City Legend 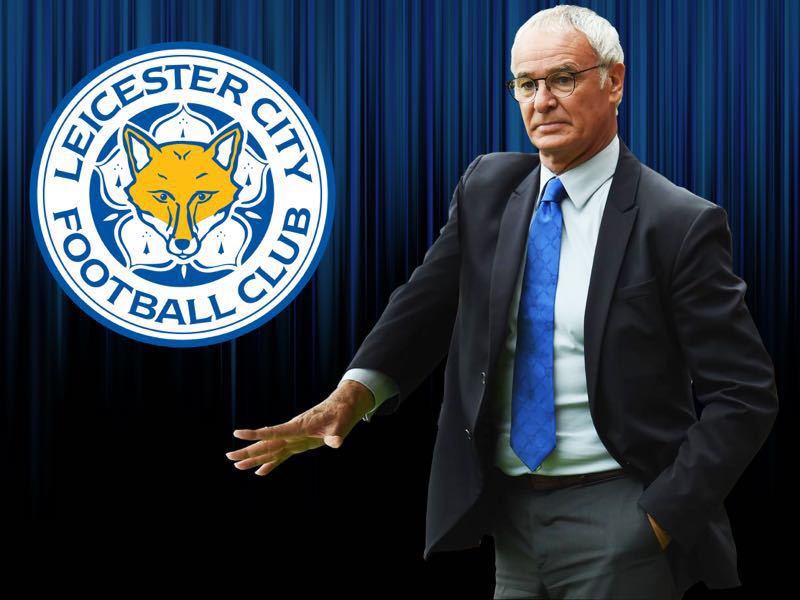 Build a Claudio Ranieri statue, give him his pay-off, laud him as the manager of the greatest Premier League winners of all time and as the director of one of the most memorable seasons in football history, but don’t not sack him just because of the nostalgia surrounding last season’s remarkable triumph.

How far down the leagues would Ranieri have had to take Leicester before it became morally acceptable to let him go?

Leicester = Joke. I hope they get relegated and go bust. The most unlikely sporting dream and they axe the person who made it reality 🦊👍

Many are saying that they want the club to go out of business following the dismissal of their heroic title winning manager, but going bust appears to be the only time it would have been deemed acceptable to sack him anyway.

Do the club allow themselves to slide further and further down the leagues, comforting themselves with the idea that at least they weren’t heartless enough to sack Ranieri, or do they put up a fight to stop a slump as any other Premier League club would do?

Leicester hadn’t won a league game in 2017 prior to the Italian being shown the door, and what’s more worrying is that they hadn’t scored a single goal in these matches.

They were two points off the bottom of the table, and just one point above the relegation zone.

World Football Index spoke to Foxes fan Ryan Hubbard on breaking news podcast The Globe, and he agreed that it was time for the manager to go.

“I think it’s the only thing that could have been done, to be honest. The way they’ve been playing recently it hasn’t inspired a lot of confidence and the team has been a completely different one to the one that won the league last season.

Understanding the reasons behind the sacking of Ranieri doesn’t mean a lack of sentiment, nostalgia, or romanticism. There will be plenty of time for that when the history books, blogs and articles are written and rewritten.

The team’s downturn wasn’t entirely the fault of the manager, though. Things out of his control such as the sale of N’Golo Kante and the departure of Steve Walsh — the scout who signed Kante, Riyad Mahrez, and Jamie Vardy — to become director of football at Everton also contributed to the decline.

Then there is the lack of response from the players — especially in domestic competition — as the team act like they’ve completed a video game called Premier League, and have no interest in playing through all the levels again.

The new game of Champions League is much more entertaining and rewarding for them, and this has been reflected in their performances.

Clubs deal with situations like this by sacking their manager, even if said gaffer is a gentleman of Ranieri’s ilk, rather than sacking numerous players who might be under-performing, which isn’t realistic.

It’s also possible that Leicester will be looking at this season as a revert to type. Prior to their title winning season they were among those considered relegation candidates, and that they are down at the bottom of the table this season now means they have to have a different strategy.

There will be plenty of time to look back and remember the miraculous 2015/16 season, but in the present time the club’s sole aim is to remain in the Premier League.

They now need to back this action up with a suitable replacement. They didn’t make the decision on a whim, and must have a number of replacements in mind.

Vice Chairman Aiyawatt Srivaddhanaprabha said in a statement on the club’s website:

“This has been the most difficult decision we have had to make in nearly seven years since King Power took ownership of Leicester City.

“But we are duty-bound to put the Club’s long-term interests above all sense of personal sentiment, no matter how strong that might be.“

If they don’t have a fresh face in mind, or if they merely bow to the players’ requests that Nigel Pearson be reinstated, then their decision will begin to be questioned even further.

The Championship is an entertaining mire of teams who went down and rested on their parachute payments then struggled to get back up, and this is what Leicester are looking to avoid. Or maybe they’re even planning ahead, and will appoint a manager who’s more likely to help them back up should the worst happen.

A number of Premier League managers were asked about the news ahead of their matches this weekend, and Bournemouth manager Eddie Howe hit the nail on the head when he said:

“It doesn’t taint Claudio’s story. He will always be remembered for that historic achievement and rightfully so.”

The sacking doesn’t in anyway diminish what Ranieri achieved and it may even help preserve that extra bit of magic, as the popular Italian won’t suffer the indignity of having a relegation on his CV the year after a title win.

There might even be more opportunities for nostalgia and sentiment as a result of the early sacking, than there would have been if he was left to linger on, steering a ship whose crew had long since given up and were still living on past glories.

Ranieri took Leicester to the knock-out stages of the Champions League, and had he stayed they might have won it.