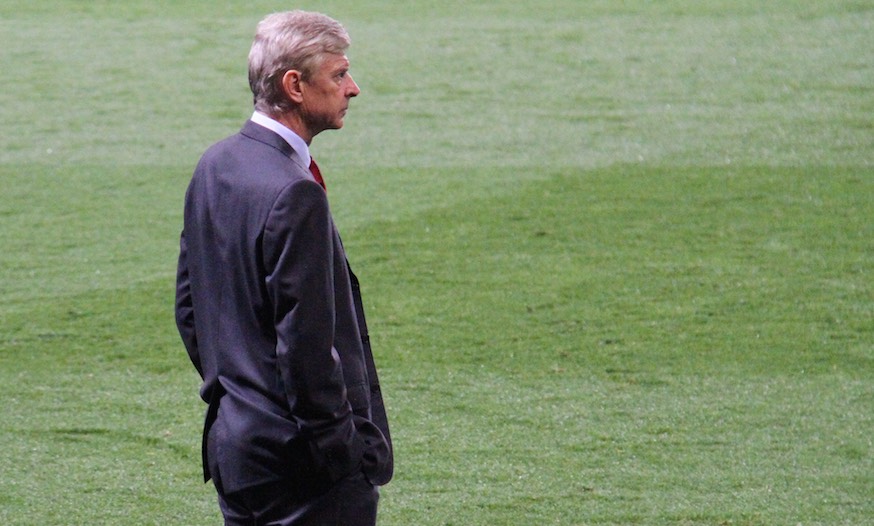 As a parent, its equal parts adorable and maddening. One thing Norah, my two-month old daughter, likes to do is fight sleep.

For those who haven’t witnessed this phenomenon, when babies start to get tired they battle that sensation, typically by shouting to the world “I am NOT tired!” in high-pitched, wailing form. Anyone reading this of a certain age knows by now that sleep is, quite frankly, fantastic.

Apparently, it takes infants some time before they truly have a handle on that concept.

Now, to a certain degree, it’s hard to be upset with Norah when she does this. If she doesn’t realize the grandeur that is whisking your mind and body away into slumber, can it really be held against her?

Is not knowing the mistake worthy of punishment, or any level of loathing, for committing the error?

Of course not – she’s new at this thing we call life, so she absolutely cannot be held responsible.

It’s important to point out that my daughter does not always fight sleep as it begins to overcome her. When it’s especially bright outside and the light’s shining into the living room, both unwelcome and unsatisfactory for babies, Norah tends to fight harder.

Then night comes, a time during which it’s absolutely essential for parents to be awake for the least amount of time. Norah wakes up, hungry and thoroughly confused why she’s seeing the walls of her Pack-N-Play instead of Mom or Dad, and exclaims loudly that the customer service in our household is lacklustre at best if it allows such problems to arise.

Once she’s nice and fed, however, back to sleep she goes, as if the aforementioned crimes of not holding her were never committed.

When she’s needed most at such a crucial time to drift off without much fuss, Norah does so with grace, dignity, and an expertise not normal for such a tiny human.

An image comes to mind of Arsene Wenger, sitting in his office at London Colney with a thumb and forefinger pressed against both eyes, trying to literally press the stress into the back of his head.

Tactical analyses, medical reports, and team sheets probably lay spread across the face of his desk in just as scattered fashion as Arsenal’s performances have been this Premier League season.

The struggle, as they say, is real.

Premier League watchers have seen many versions of Arsenal in the last nine months, to the point of the question needing to be asked: Who are Arsenal?

Are they the tenacious, attack-minded, fluid club whose players border on telepathic as they move across the pitch? Or are they the toothless, seemingly lost set of good players that mostly spend their time forgetting how to defend?

As many have seen, or even contributed to, there have been many calls for Wenger’s head to either solve the problem or get out. Cue that image, then, as he attempts to find that solution.

That’s not to say there has not been a fair share of the problems arising from the players on the pitch – a topic that should briefly be addressed.

Petr Cech finds saves far less often than the club would like, but the Czech goalkeeper is seldom assisted by his defence.

Laurent Koscielny has struggled for a consistent partner all season, let alone a quality one. Hector Bellerin’s defensive capabilities are far outclassed by his opposite full-back Nacho Monreal, who’s effectiveness is wearing down season after season.

Francis Coquelin is not the Viera-esque bruiser in midfield that he was sold to Arsenal supporters as. Granit Xhaka not only seems to still be settling in London, but is a walking booking of some form. Santi Cazorla is injured consistently.

The singularity of Olivier Giroud’s game is being exploited more than ever and Alexis Sanchez is finishing fewer chances.

Mesut Ozil is creating even fewer of those chances, Alex Oxlaide-Chamberlain is quickly becoming an afterthought despite a recent resurgence at wing-back, and Alex Iwobi is still developing his usefulness to a top Premier League squad.

And that’s just the first team.

If sleep is success, however, then Wenger is fiercely combating slumber through ineffective tactics that breathe both familiarity and out-of-date, expired.

Wenger tends to set Arsenal up with a two-man midfield, as is his preference. The selection available tends to comprise of two footballers that lack the proficiency to bring the ball forward, don’t sufficiently protect the defensive line, or some combination of both.

When there are three placed in the centre of the park, Arsenal’s on-pitch affairs tend to tighten up quite nicely, but there’s a compensatory loss of attacking prowess.

When Giroud plays as the lone forward, there seem to be less crosses put into the air than when Alexis or Danny Welbeck are placed in the same position – an odd tactical choice, to say the least.

Though somewhat on the players not recognizing strengths and weaknesses, the same can easily be said of the manager’s team selection and setup come match day.

As is often cited by Arsenal supporters, Ozil tends to go missing in many matches for at least a short period of time, if not the entire ninety minutes.

While he sometimes shows the quality to be un-markable, the correct defensive midfielder can hamper Ozil’s effectiveness throughout a match to the point of forcing the German into obscurity for an hour and a half of football.

And while Shkodran Mustafi has been an improvement on Mertesacker in terms of mobility, (which, to be fair, so would most inanimate objects) the latter committed far fewer positioning errors that lead to shots than the former.

These, of course, are just a few of a laundry list of issues.

On the other hand entirely, Wenger orchestrated the takedown of an age-old rival in Jose Mourinho for the first time early this month.

Arsenal’s performance was exemplary to say the least, but more impressive was the fashion in which the players were able to do so.

Setting up with their recently trialled three centre-back system, Arsenal were nearly as fluid in possession as they were with a traditional defensive line of four.

Space was manipulated well – the players’ will forced upon it both with and without the ball – and quality chances were created in either half.

The United forwards found little room to manoeuvre and their defensive line was hampered for ninety full minutes.

Training must have gone well. The players received their instruction and translated it into not only a good performance, but a savoury moment for the French manager as Mourinho’s United were felled two goals to nil.

There’s surprisingly quite a bit of research pertaining to babies’ inability to settle down and just go to sleep.

The most effective we have found for our child is based on how Norah, constantly growing and gaining access to better use of her senses like hearing and sound, can get overstimulated by all the new actions, reactions, and events happening around her.

She’s beginning to discern the grooves in the light fixture above the living room, or the curves and curls in the curtains that cover the sliding glass doors, and becomes transfixed on the oddities, peculiarities, and general wonderment that are constantly surrounding her.

After some time enjoying all there is to experience in the ten-by-twelve span of our flat’s living area, it becomes too much for her all at once.

Norah will get very, very tired, but there’s so much going on around her that she fights off sleep. My wife likes to think that Norah’s already a little academic, and an excited one at that – a point, we’ve discovered, that’s not very far from the truth of the matter.

If sleep is the equivalent of success, and Arsene Wenger seems to be fighting back against that success, then part of the problem may be that there’s a large quantity of “stimulation” occurring all around the North London manager.

Just like Norah finding the little intricacies and designs in most of the apartment’s décor, Wenger is experiencing plenty of changes this Premier League season that are new, different, and potentially a little too much for the gaffer.

In recent years especially, there have been an influx of quality managers in the Premier League that offer various new, sometimes exciting ways to play Arsenal off the pitch.

Antonio Conte took control of Chelsea and, while developing his trademark Italian 3-4-3, lost out to Arsenal back in September by three goals to nil.

At Stamford Bridge in February, Arsenal found almost no room to operate when facing the perfected Conte system and were dismantled by a similar scoreline – 3-1.

Arsenal have taken only a point from their Manchester City matches, no points from Liverpool, and, while finding more fortune against Manchester United this year, succumbed to Tottenham for the first time in ages.

But, as any supporter will loudly exclaim, that’s not the largest issue.

Points have been dropped in the oddest places far too often this season for Arsenal.

Crystal Palace were immense in the counterattack back in April, and the Gunners had no answer for it in a surreal three-nil defeat.

Typical Pulis tactics worked again not too long ago as well – Arsenal were hammered three goals to one at home against West Brom.

But to an observer looking for the many forms of overstimulation during the course of this season, however, none of this compares to the amount of pressure placed on Wenger’s back by the club’s supporters.

#WengerOut has been a mainstay around the Emirates all season. Matchgoers, both home and away, have celebrated his mishaps and ineptitudes every weekend regardless of the performance on the pitch.

Planes have been flown, banners have been made, and stadiums have sounded out the deep-seeded desire for Wenger to leave the club.

Message boards, comments sections on articles, and social media have been riddled with harsh assessments of Wenger’s tenure and the need for him to go. Most of what’s appeared on social media tends to be somewhere between a touch inappropriate and entirely so. But it won’t be hard to uncover some examples, even for a lackadaisical searcher.

That image of Arsene at his desk, paperwork amok, isn’t just an image of a manager trying to summon a solution to a sporting problem – it’s of a man trying to solve an existential one.

All that noise, those shouts and cries for his removal from his post, surely does not fade away once the match has ended.

It does not leave the place in the back of the mind where experiences wistfully go unremembered without employing extensive recall techniques.

Instead, those memories, both past and present, must assert themselves into the forefront of Arsene Wenger’s mind.

They dwell there constantly, unable to be controlled and potentially remaining persistent in hampering Arsenal’s success.

Hence, Wenger goes without sleep, fighting it to the bitter end, overstimulated into stressfully searching for some kind of solution to a problem partially created by himself.

So too, then, do sleepless Arsenal.

Loading...
Newer Post
Chelsea Champions as Spurs Say Goodbye to the Lane – EPL Roundup
Older Post
Restructuring Milan: Who to Keep, Who to Sell & Who to Buy