First Monchi, Now Sampaoli: Are Sevilla in Danger of a Slump? 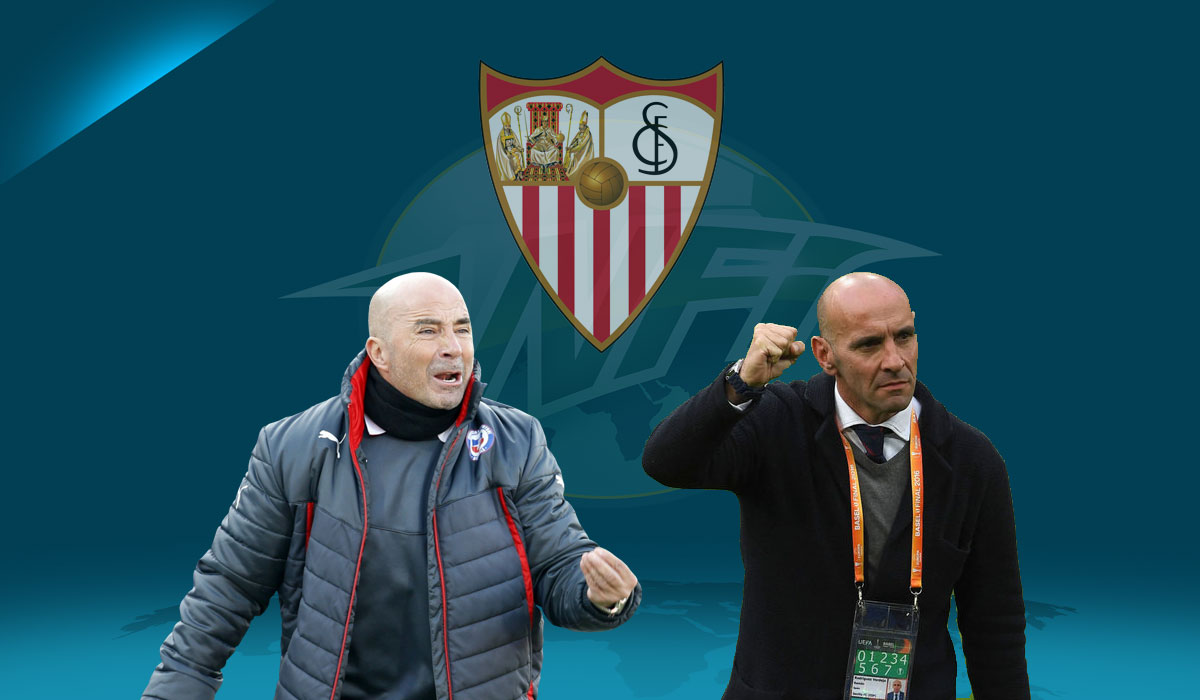 The scene is the Ramon Sanchez Pizjuan, the day Sunday the 15th of January 2017 and the game is one that looks to be the dawn of a new age that many involved with Sevilla football club had dreamed of.

At around 10:30pm central European time Stevan Jovetic scored a goal to create a three-way title race between Real Madrid, Barcelona and Sevilla. The Andalusians, it seemed, were here to crash the party.

The hangover from that party has taken its toll on Sevilla. Fast forward to now and you find them down in fourth way off the pace.

Having been title contenders in January they are now happy to settle for Champions League qualification and are out of Europe for the first time in over three years thanks to Leicester City.

Of the seventeen games that followed their victory over Madrid less than half have ended the same way.

Barcelona, Atlético Madrid, Espanyol, and now Malaga have defeated Sevilla in the league and of the eight draws the ones that hurt the most came at home to strugglers Leganes, Sporting Gijon and away at serial self-saboteurs Valencia.

An over reliance on Steven N’Zonzi and Samir Nasri showed when the two midfielders began to tire and Sevilla lost a grip on midfield in important games.

The lack of a real goal scorer has also been a problem with only Wissam Ben Yedder reaching double digits so far in the league.

Of course all is not lost. An eight point gap over fifth position mean only a monumental breakdown in performance and results would allow Villareal to overtake them and gain qualification into Europe’s elite tournament next season.

You may then be asking yourself “Why are they in danger of a slump, then?” and you would be right to ask as only the most intuitive and intelligent readers flock to the World Football Index.

To answer that one must look at how Sevilla have reached the level they are at today in a footballing climate designed to favour the bigger teams in terms of fanbase and history, Barcelona and Real Madrid.

Sevilla don’t have the same financial muscle as the Catalans or Los Blancos so have had to depend on a buy and sell philosophy. The mastermind behind this is a man known as Monchi.

Under his watch as sporting director some outstanding players have been and gone in Seville.

Names like Dani Alves, Carlos Bacca, Kevin Gamiero, Ivan Rakitic, Seydou Keita and many more all add up to many millions of vital profit over the years allowing them to replace the players that have left.

It was announced on the 24th of April that Monchi would be joining Roma as sporting director and help them try and overcome the titanic power of the Old Lady in Italy.

A big loss for Sevilla but not to worry too much as long as the manager isn’t thinking of jumping ship.

He may not have jumped but he is preparing his rowing boat and the map points towards Argentina and the national job. According to AS, Jorge Sampaoli, apparently coveted by Barcelona, PSG and the Netherlands earlier in the season, will takeover the Argentina managers position on the 22nd of May.

He has been dropping many hints in recent months about his future. He told the media recently “If a player can go by a clause, why can’t a manager?” The clause he is referring to is a 1.5 million euro release clause that he can pay to Sevilla to leave this summer.

Sampaoli is an Argentine who has previously professed to dreaming of working with Lionel Messi.

At the time, this quote sent many reporters in Catalunya into a frenzy as they believed that was a ‘come and get me’ call to the directors of Barcelona but now it seems he was laying the ground work to takeover the vacant job as Argentina manager.

So what of Sevilla? They look likely to end the season within Europe’s elite but without their transfer guru and manager. Whether this is a good thing or a bad thing depends utterly upon who takes over.

Replacing Sampaoli won’t be easy but can be done. Replacing Monchi could be an impossible task.

Each year the thing that has amazed people about Sevilla is there ability to handle drastic turnover in the playing staff.

Time after time whether it was Unai Emery or Juande Ramos they managed to find a way to make their team click.

Now with turnover not only affecting the playing staff but also behind the scenes, what started as a new dawn for Sevilla in January could end in purgatory.