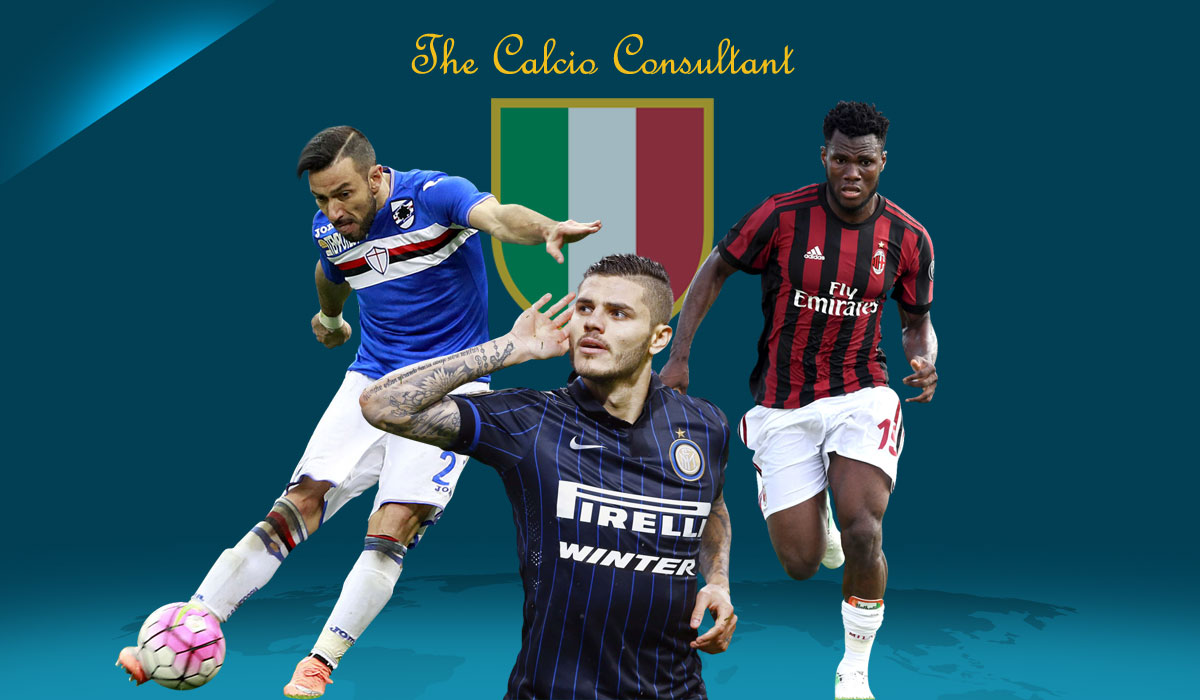 The anticipation is over, and we have game week one in the books for the 2017/18 Serie A season, writes Frank Crivello.

Let’s use this edition of The Calcio Consultant to get my first impressions of each team.  Very early days of course, but let’s look at what the first round of games have taught us.

The Champions opened their title defense in impressive fashion with goals from Mario Mandzukic, Paulo Dybala, and Gonzalo Higuain.

Cagliari, aided by VAR, were given a penalty in the first half that would have equalized.  However, Diego Farias’ effort (if you can call it that) was saved by Gianluigi Buffon.

Napoli got help (like they needed it) through a Souprayen own goal, followed by goals from Arkadiusz Milik and Faouzi Ghoulam.

The hosts salvaged a goal late through a Giampaolo Pazzini penalty.  Elseid Hysaj was sent off for the Partenopei.

Last season’s surprise package dominated the stats board, but lost where it counts.  Aleksander Kolarov with a free kick goal to open his account for the visitors.

Kolarov's debut is going well so far; beautiful free-kick under the wall

The hosts jumped out in front via a goal by Federico Di Francesco, which was cancelled out by Adem Ljajic just six minutes later.

VAR turned up here, as Torino thought they had a late winner, but it was ruled offside.  Replays confirmed the offside, and a draw was the result.

The match was pretty much over after 5 minutes when Milan were awarded a penalty after Federico Ceccherini pulled down Patrick Cutrone of Milan.

VAR was used again to show Ceccherini committed the foul on a clear scoring opportunity, and the referee showed the defender a straight red.

Franck Kessie converted that spot kick, followed by goals from Cutrone and Suso, all in the first 25 minutes.

Crotone has been a successful trip ✈️⚫️
Relive it watching this exclusive behind the scenes only on @Dugout https://t.co/YVdLHCjuUR pic.twitter.com/Dn2NEhfDqC

Mauro Icardi started his campaign as The Calcio Consultant’s favorite for Capocannoniere with a brace, and Ivan Perisic provided a third goal to give the Nerazzurri a flying start under new boss Luciano Spalletti.

Amato Cicieretti gave the visitors a surprise lead before Fabio Quaglierella came through with a brace for the hosts, sparing their blushes.

Two teams hoping to snatch a top half finish this season shared the points at the MAPEI Stadium.

Roberto Inglese’s opener for the visitors was cancelled out by Cyril Thereau, though Valter Birsa restored the Flying Donkeys’ lead before the hour, giving them the three points.