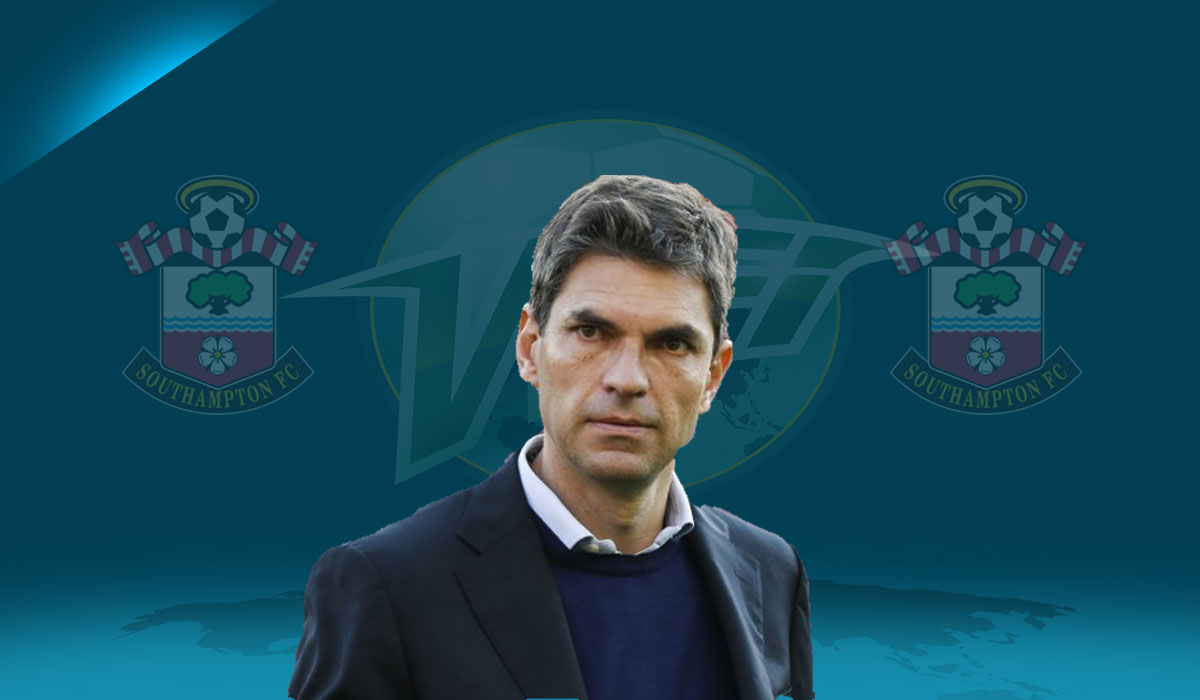 After guiding Southampton to the League Cup final and a respectable 8th placed finish in his first season, Claude Puel’s sacking came as a surprise to some (writes Andre Medrano).

In the wake of Puel’s firing, rumors of discord with the players have surfaced, and the attitude of Southampton fans toward the Frenchman’s departure suggest he was not a perfect fit. Despite this, the positive results he brought by playing a pleasant brand of football cannot be overlooked.

Of the candidates for the vacancy, Mauricio Pellegrino was far from the first name that came to mind, yet here we are in the new Premier League season, with the Argentine in charge at St. Mary’s.

Southampton are known as an extremely diligent club who spend money and man hours on research. Prioritizing scouting and preparation gives them the leg up they need to compete in a transfer market where other clubs far exceed their financial resources.

They are said to have meticulously crafted lists of potential replacements for players in every position, acknowledging the reality of the frequent turnovers in their approach. On the pitch this has paid off, as players sold on for large sums are replaced by others who step into the side seamlessly and excel.

In the managerial role, Southampton have also gotten it right recently. Puel replaced Ronald Koeman, a manager with a mixed record who was a great fit at the club. Before him was Mauricio Pochettino, a young manager who had never worked or played in England, but hit the ground running and established Saints as a respectable team that belonged in the Premier League.

With this in mind, Pellegrino’s appointment came as a surprise. In concrete, tangible ways, it is a departure from Southampton’s recent managerial hires. Some coverage of the appointment has highlighted the overlap in values between the club and its new manager, noting his focus on building personal relationships with players and painstakingly detailed preparation.

Former players talk about Pellegrino asking them about their goals and dreams, what motivates them, what they want from the game and from life — rare things (I assume) for a top flight manager to take an interest in.

This may sound corny, but for a club facing better funded competition, building a resilient bond amongst the squad is essential. Southampton’s success since rejoining the Premier League owes a lot to the trust between their players and their united effort on the field. In this regard, Pellegrino and his new team are very compatible.

Beyond that, he does not seem to be a good fit at all. As a player, Pellegrino was a key component in Valencia’s La Liga winning backline under Rafa Benitez, who thought so highly of him that the Spaniard brought Pellegrino to Liverpool a dozen years ago, and back again as a coach after he retired.

The Benitez philosophy is a cautious, pragmatic one. As seen at Valencia, Liverpool, Chelsea and to a lesser extent Real Madrid and Newcastle, Benitez teams attack in ways that minimize exposure and are often outmanned in the final third. His football is not rustic, nor is it purely defensive, but this calculated, methodical approach is far from the movement and passing that Pochettino and Koeman brought to St. Mary’s.

Pellegrino has absorbed much from Benitez, as can be seen in his career as a manager. The results have been mixed: half a season at Valencia before getting the sack, two good but not great stints in Argentina with Estudiantes and Independiente, and most recently a surprisingly successful season at Alaves.

It is that campaign with Alaves that put him on Southampton’s radar. Though not at the helm in the previous season’s promotion, Pellegrino deserves tremendous credit for working with the modest squad he inherited, as well as for bringing in a strong crop of loan players. In the 2016-17 season, Pellegrino’s Alaves had results remarkably similar to Southampton’s: 9th in the league, and a loss in the Copa del Rey final.

Anyone who watched them play would tell you the similarities end there, as would someone who didn’t see a single game but happened to look at the stats. Alaves were dead last in winning possession in the opposition’s third, in the bottom quarter of La Liga in shots attempted and shots on goal, and below their league position in virtually every offensive statistic. Perhaps unsurprisingly they were very good in the air, their numbers the best of any of what are considered the “defensive” teams in Spain.

This is enough to know what a Pellegrino team looks like. They are extremely fit, defend well, prepare for the opponent obsessively, and expertly communicate with each other. They don’t spend much time attacking, and most of their goals come on the counter or from a set piece. Though not too active on the wing, they will lob long passes to try and spring attacks from deep.

He proved he could be successful using this template, and it may work in England, but it seems strange that Southampton would make him their choice to replace Puel. As a top four finish is not a realistic possibility, do they think swapping the attractive football they’ve built the club on for prepared pragmatism in hopes they’ll go from 8th to 6th is worth it?

Maybe I am wrong. Maybe with the strong squad he is taking over – and a comparatively larger transfer fund – Pellegrino will apply his rigorous study and drilling with a more pleasant style in mind.

But for what it’s worth, his first competitive game in charge was a dull 0-0 draw at home against Swansea, where Southampton only managed two shots on target, but at least they shot twenty-nine times.