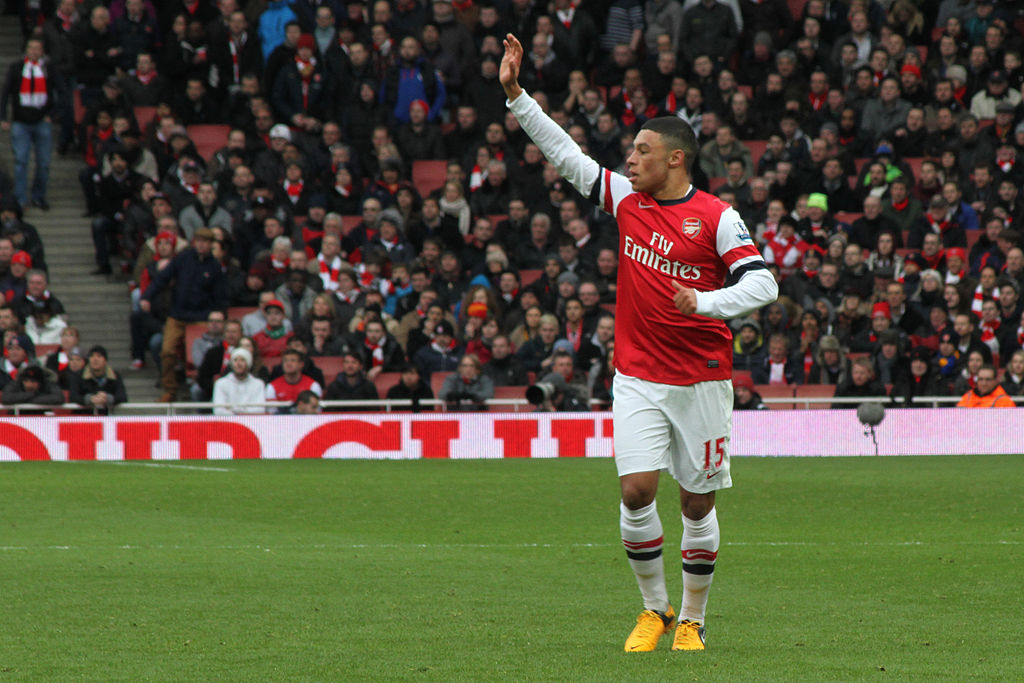 Arsenal had lost Samir Nasri and Robin van Persie , a bitter double blow that left their fans reeling. Wenger, facing an exodus of talent and a growing mutiny in the stands, seemed ready at last to change course.

Arsenal announced contract extensions for five of the club’s most promising youngsters. Wenger believed this cadre of raw talent, born locally and sculpted in the Arsenal mould, could reinforce the Gunners’ spine for the next decade.

The photo announcing the contracts is a familiar one to most Arsenal fans. Wenger, smiling paternally over a clutch of young British players, is delighted to secure the futures of Carl Jenkinson, Jack Wilshere, Kieran Gibbs, Aaron Ramsey and Alex Oxlade-Chamberlain. All of them peer awkwardly into the lens, as though aware that they represent Wenger’s latest – and arguably his last – chance to rekindle dimming glories.

Almost five years after the photo was taken, the project has been an abject failure. Kieran Gibbs and Jack Wilshere, stymied by form and fitness respectively, seem destined for moves away. Aaron Ramsey, despite a stellar campaign in 2014 that saw him score 16 goals, has struggled badly to live up to the hype. The less said about Carl Jenkinson meanwhile, the better.

More than any of the bright young faces captured that day, Alex Oxlade-Chamberlain represented the last hope of Wenger’s project reaching fruition. It’s a situation that, even as recently as January this year, seemed implausible.

In his near six-year stay at the club, Chamberlain has struggled to cement a first team place at the Emirates, with a combination of injuries and inconsistency restricting him to a largely peripheral role.

As Arsenal headed to the Riverside Stadium on 17th April this year, however, Chamberlain finally took his chance. Arsène Wenger started with a three-man defence for the first time since 1997, and the England international was chosen ahead of Hector Bellerin at right-wing-back.

He never looked back, becoming one of the club’s most impressive performers as they fought in vain for a Champions League place. Chamberlain’s voracious running from the wing added thrust to the Arsenal attack, but increasingly his performances reflected a maturity that too often had been lacking.

The wayward passes and erratic concentration that had plagued his game were absent, and his performances reflected it. Wenger had often lamented that Chamberlain “needs to be involved” more. With seven assists from sixteen starts last year, the 23-year-old finally seemed capable of doing just that, restricting Bellerin to a watching brief for much of the campaign’s closing stages.

This season , Chamberlain has fallen back into his old ways. Arsenal have been at their bedwetting best in their opening fixtures, with the nadir arriving in Sunday’s cowardly rout against Liverpool.

Arsenal fans find themselves once again in this exquisite purgatory. Whilst the uncertain futures of Mesut Özil and Alexis Sánchez clog the headlines, Chamberlain’s own future is just as muddied. Chelsea have reportedly submitted a $35 million for a player who has lost faith in Wenger’s ability to help him grow.

“I personally think it is vital that Chamberlain stays” admitted the Arsenal coach in a recent press conference. Too little, and all too late for what really should be his last chance at salvation.