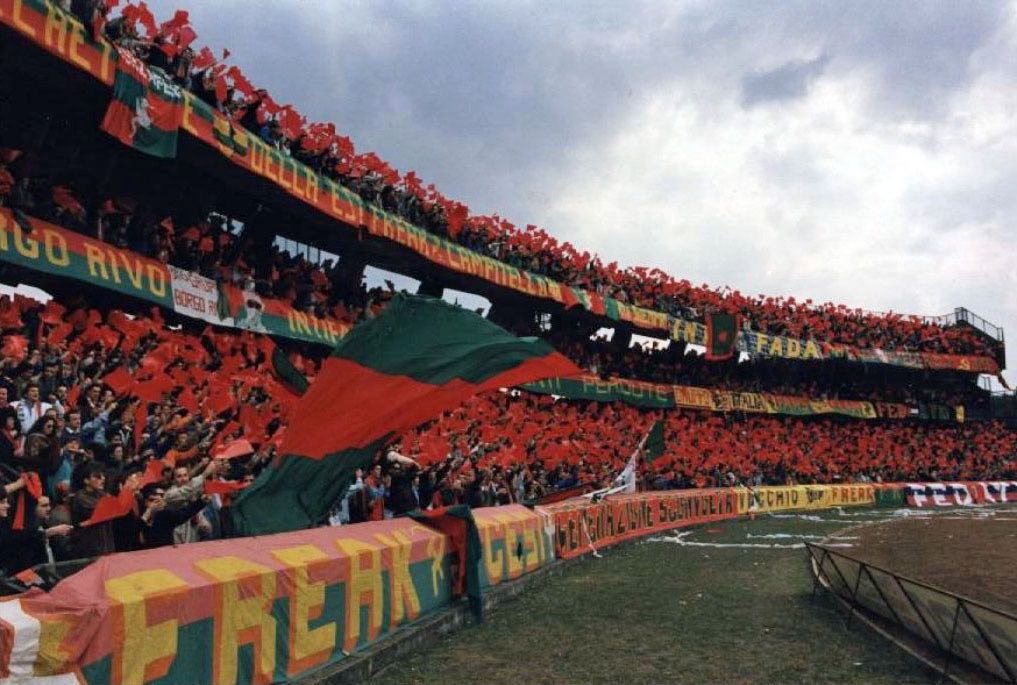 Football and scientific research may seem like unlikely bedfellows, but the two have become inextricably linked since the Niccolò Cusano University in Italy decided to delve into the world of football club ownership, writes Neil Morris.

The experiment first began back in October 2014, when the academic establishment in Rome – better known for its law, economics, science, education, psychology and engineering degree courses – purchased Lazio-based side Racing Fondi.

Under sponsorship terms, the team became known as Unicusano Fondi Calcio, and by the end of the 2015/16 season, they had won the Serie D Cup and achieved promotion back to the Lega Pro after a three-year absence.

This short-lived trial came to an end in June 2017 when university owner Stefano Bandecchi and his management team entered into official negotiations to take over Serie B side Ternana Calcio. Italian league rules prevented them from owning more than one professional club, and with the Ternana deal talks already at an advanced stage, Bandecchi reluctantly detached from Fondi, with Rome businessman Antonio Pezone named as their new owner.

The newly-acquired entity, based in the Umbrian town of Terni, was previously owned by controversial businessman Edoardo Longarini. However, the former Ancona President was never a popular figure at Ternana, who had faced repeated calls from fans to sell the club.

In March of 2017, the club were sat at the bottom of Serie B and had already disposed of three coaches that term including former Italy fullback Cristian Panucci. In one last attempt to salvage their season, they turned to the unlikely figure of former Leyton Orient and Genoa boss Fabio Liverani.

Incredibly, the Rome-born coach guided the club to safety after picking up 26 points from their last 13 games. However, following the University takeover, Liverani was surprisingly not offered a new contract, with the new owners preferring instead to hand the reins to former Fondi boss Sandro Pochesci.

Under Pochesci, the team will now embark on a new chapter under the name Ternana Unicusano. The academic alliance will see the team join forces with the scientific research arm of the university, with the aim of championing the work being done each day in the fight against diseases, and to highlight other health and disability issues.

To promote this union further, the university has also formed a partnership with Il Corriere dello Sport, one of the most popular sport newspapers in Italy. The paper will dedicate a page to the health and sports-related research projects of the university, as well as providing updates on the progress of the football team. As a result of this unique collaboration, the club has been branded the “Official team of Scientific Research”.

One of the very first acts carried out by the new owners was to organise a summer football event in Norcia, the town devastated by an earthquake in October 2016. The initiative involved a set of friendly matches between Ternana players and children from the local schools, with the aim of raising funds and public awareness of the need for a quick return to normal life for the local population.

You would think that the university’s pledge to stay on the side of those who are suffering or experiencing difficulties would be music to the ears of Ternana’s traditionally left wing fan base, but this is a group of supporters who have grown disillusioned and sceptical after 14 years of false hopes and broken promises from those previously in charge of their club.

Unsurprisingly, the move to change the club’s title to include the university’s name, even in a sponsorship capacity, has not gone down well. The club has changed name several times in the past, but never under such circumstances. What’s more, the decision not to retain the services of Fabio Liverani, following his successful spell in charge last term, has also promoted doubts about the footballing credentials of the club’s newest custodians.

And to make matters even worse, some technicalities in the takeover process have raised suggestions that Longarini and his son Simone may still be involved at the club in some capacity, a notion that has horrified some fans, but has been denied by Simone Longarini himself.

By the end of autumn 2017, any remaining legal creases are expected to be ironed out, and only at that point will the Longarini chapter be closed in the minds of the supporters. Even then, they will remain incredulous towards their boastful new guardians who have already talked of delivering Serie A football within two years.

Such words mean nothing to a group of supporters who have never felt more disconnected from their club. And after being branded the “Team of Scientific Research” and having their name changed to promote a private educational institute, they could be forgiven for thinking they have become nothing more than an elitist plaything.

However, the Fondi experiment offered a glimpse of what the Unicusano group has previously achieved with limited resources, and for many fans, the positive light of culture and education is preferable to the shadows of corruption that loomed during Longarini’s reign. Only time will tell if this scientific approach will prove to be the catalyst for success at the Serie B club.

Neil Morris is based in Spain and works as a writer and editor for various websites including The Gentleman Ultra and Ertheo. You can follow him on twitter here: @nmorris01

Neil Morris is based in Spain and works as a writer and editor for various websites including The Gentleman Ultra and Ertheo. You can follow him on twitter here: @nmorris01