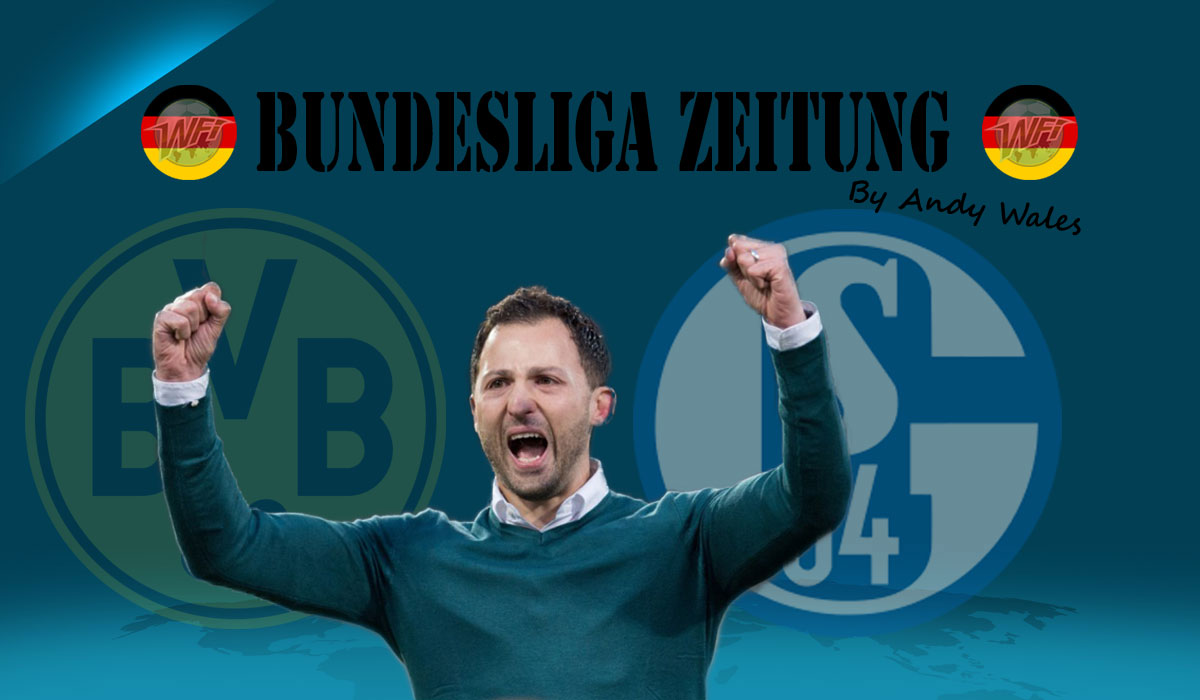 Whilst Bayern seemingly go from strength to strength in this intriguing Bundesliga campaign, their main contenders, Borussia Dortmund, are the exact opposite, writes Andy Wales.

In fact, the appointment of Jupp Heynckes at Bayern appears to have coincided with the wheels coming off for Dortmund, threatening a crash and burn scenario for Peter Bosz.

Friday night saw the return to domestic action after another international break, with Dortmund making the trip south to Stuttgart. Talk on the eve of the match was all about news filtering out of the club that star striker Pierre-Emerick Aubameyang had been suspended for a disciplinary matter.

Rumours as to why varied from timekeeping to an unauthorised video, but whatever the circumstance, it’s the second such internal action against him in 12 months — hardly the best preparation for such a vital game.

Promoted Stuttgart have had a solid start to the season, but really shouldn’t have proved too much of a test for Dortmund. However, the negativity surrounding Aubameyang’s internal suspension was merely a distraction to their on-field woes.

The positive start to their domestic campaign is now a distant memory, and their poor form in the Champions League has been replicated in the Bundesliga. A run of one draw and four defeats from their last five Bundesliga matches has seen them go from five points clear at the top to now sitting in fifth place, a distant nine points behind leaders Bayern.

Sometimes performances do not reflect results, but this is certainly not the case for Dortmund. Defensively they are a shambles, and in possession they appear to lack a cohesive plan. Goalkeeper Roman Bürki has often looked suspect since his arrival at the club, but his calamitous and costly errors in the 2-1 defeat against Stuttgart only compounded what is happening in front of him.

Despite only being appointed in the summer, coach Peter Bosz is under mounting pressure with their season effectively over before the “Winterpause” next month. At the current trajectory, Bosz will be lucky to even make it that far, and the pressure shows no sign of easing because this weekend brings the Revierderby with fierce local rivals Schalke.

Dortmund were nine points clear of Schalke after matchday seven…

They now find themselves three behind going into the derby game at the weekend pic.twitter.com/yqT8FAC8nP

In contrast to failing fortunes for Dortmund, things in Gelsenkirchen are on the up. For season after season it seemed the only thing consistent about Schalke was their inherent inconsistency.

Despite an impressive production line of young talent, the club has flattered to deceive under a collection of different coaches in recent seasons. This year has a different feel to it under new coach, the up-and-coming Domenico Tedesco. A similar story to that of his close friend Julian Nagelsmann at Hoffenheim, Tedesco is a highly rated young coach being given an opportunity at the highest level.

There’s an element of maturity to Schalke’s play, and their performance against Hamburg on Sunday was evidence of this. Struggling Hamburg can take some positives from the performance they gave in defeat, particularly from exciting prodigy Jann-Fiete Arp, but ultimately it brought them nothing. For Schalke, they were far from free-flowing or inspiring, but that in itself is a sign of their progression under Tedesco.

What Schalke lacked in expansive and aesthetically pleasing football, they more than made up for in discipline, shape and organisation. This was one of those clichéd “professional” performances: having taken a first half lead from the penalty spot, they held on to it well before finishing Hamburg off late on.

It’s not a quality you’d normally associate with Schalke in recent years; heading into a huge local derby against an opponent lacking in form and confidence, a similar style performance will likely elicit the same result.

That frank assessment speaks volumes for the different trend in fortunes for the Ruhr region’s two footballing giants. Just 20 miles separates them, and although there are many other clubs in the region, it’s these two that dominate Germany’s industrial heartland.

Banner in front of Dortmund's Südtribüne before tonight's game v Spurs. BVB play Schalke in the Revierderby on Saturday. pic.twitter.com/vPI6BmJ15L

Bayer Leverkusen, 1.FC Köln and Borussia Mönchengladbach are all within reasonable distance. However, I can testify that, having lived approximately 30 miles east of Dortmund, most people in that area are either Dortmund or Schalke fans. It’s a catchment area that stretches as far and wide as the former East German border, so this is a local derby that’s more than just a rivalry between two cities — this is a rivalry between two sets of fans over a vast area that stretches to some of Germany’s most stunning places of natural beauty, such as the Sauerland.

It’s a fixture that harks back to the 1920’s, with Schalke having the upper hand in those early years, but Dortmund having the advantage in the initial post-World War II years. Since the inception of the Bundesliga, there’s been little to choose overall between the two, with Dortmund on 32 wins, Schalke on 30, and 28 ending in stalemate.

At the Westfalenstadion, it’s been five years since Schalke recorded a Bundesliga victory, and both of last season’s encounters ended in a draw. That might suggest history is not on the side of Tedesco’s team, but they will justifiably start the game as favourites, despite the cliché that form goes out of the window for such local encounters.

The return of Aubameyang should, in theory, add a cutting edge to Dortmund, but even he has been experiencing a drought of late, and with Schalke’s growing solidity, it could be quite an intense atmosphere, but one that should hold no fear for them.

For both coaches, this match and result are huge – for Bosz, it’s conceivable that his immediate future rests on it; for Tedesco, it’s a chance to further cement his reputation, and further endear himself with the Schalke faithful. Either way, it’s a match you cannot afford to miss this weekend.