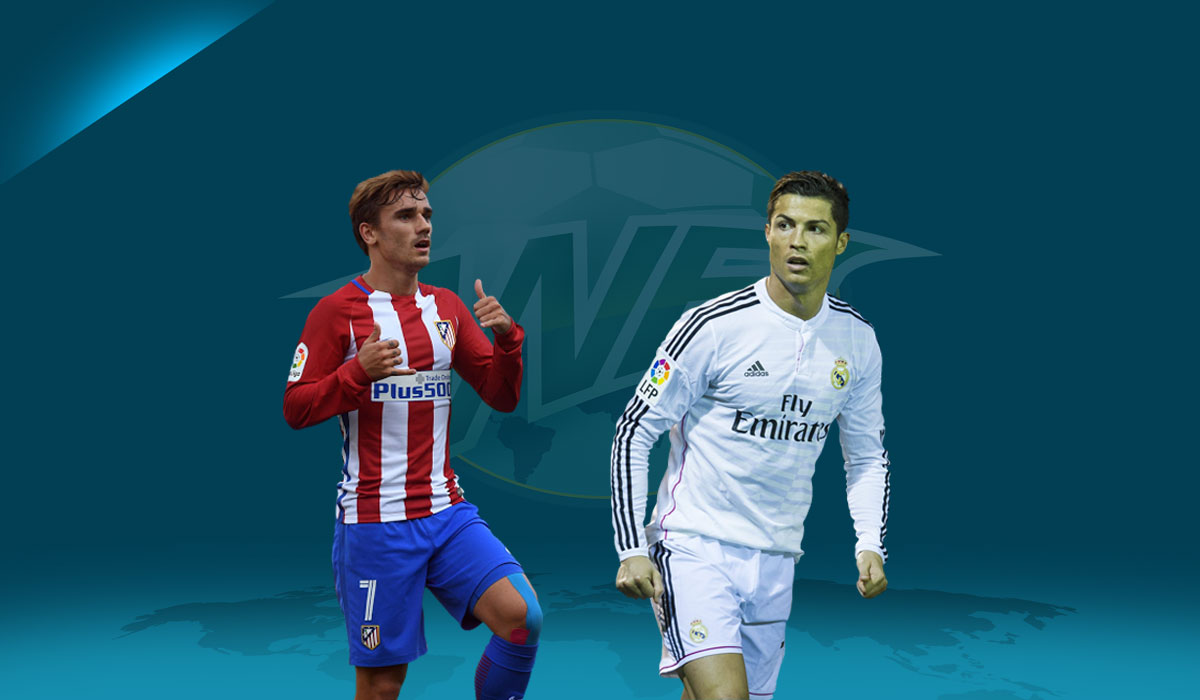 Despite the season being only 11 matches old, the stakes could not have been higher for both clubs heading into Saturday evening’s Madrid Derby. The winner would still keep relative pace with Valencia and even Barcelona at the top, the loser would know that a league title simply would not be in the cards this season, writes Matthias Suuck.

Real Madrid and Atletico Madrid have been underwhelming so far this season. From Real’s point of view, they simply could not find a consistent run of form as of yet. Atletico, despite being undefeated this season, have been playing tepid football at best. Playing in front of a home crowd would hopefully give Simeone the courage to have his team play on the front foot.

The match started well and at a high pace, with both clubs having great early chances, none more so than Angel Correa for Atleti. But after about ten minutes, the match disintegrated into the physical battle that Simeone loves so much. Hard tackles and complaining to the referee marred most of the match. Atletico seemed content with letting Real dictate the match. Zidane’s side had 66% possession and outshot their opposition 14 to 7.

As destructive and unappealing as Atletico’s play was, it proved effective in never allowing Real to get into any sort of rhythm. Poor finishing, a high amount of individual errors and too many long shots did not help Real’s cause. Atletico amassed 6 bookings in the match, but it could have been much more and a sending off would have been justified a few times. No image epitomized the physical nature of the match more than a bloodied Sergio Ramos being substituted at the start of the second half after the merengues captain took a boot to the face while diving for a header.

Thankfully, the match reignited into footballing life in the final ten minutes, with Real Madrid seeming to have finally worn down Atletico’s defense. With their entire backline booked, the Atleti defenders had to proceed with caution, which opened up gaps for Cristiano Ronaldo, Isco, and substitute Marco Asensio to exploit. However, try as they might, CR7 and his teammates simply could not find the back of the net.

This El Derbi battle ended in a scoreless draw, which flattered the hosts. Concerning for Real Madrid is the continued lack of goals from their strikers. Ronaldo and Benzema is one of the least lethal striking partnerships in any of the top European leagues. The bigger concerns though are with Atletico Madrid. Their superstar Frenchman, Antoine Griezmann, was once again completely absent, being substituted after 76 minutes for Fernando Torres. With Diego Costa on his way this winter and the rumors around Griezmann leaving not relenting, the Frenchman seems to have checked out of the season. Diego Simeone might want to consider benching him for a few matches and opt for Kevin Gameiro up top instead.

Results did not go the way of either Madrid team. Barcelona and Valencia both won their matches, thus extending their leads over Real and Atletico. Barcelona are now ten points ahead of Real Madrid, and with Sevilla and Villarreal both gaining points this weekend, the pressure from below is also increasing.

This weekend sees two excellent matches, both on Sunday. First, Villarreal host a resurgent Sevilla, before Barcelona travel to the Mestalla to take on Valencia. This latter match will show what both clubs are truly made of. A Valencia win would mean the title race is truly on, but a Barcelona victory might put the Catalan club too far ahead of anyone to catch them this season.