Things I’m Thankful For In Serie A – The Calcio Consultant 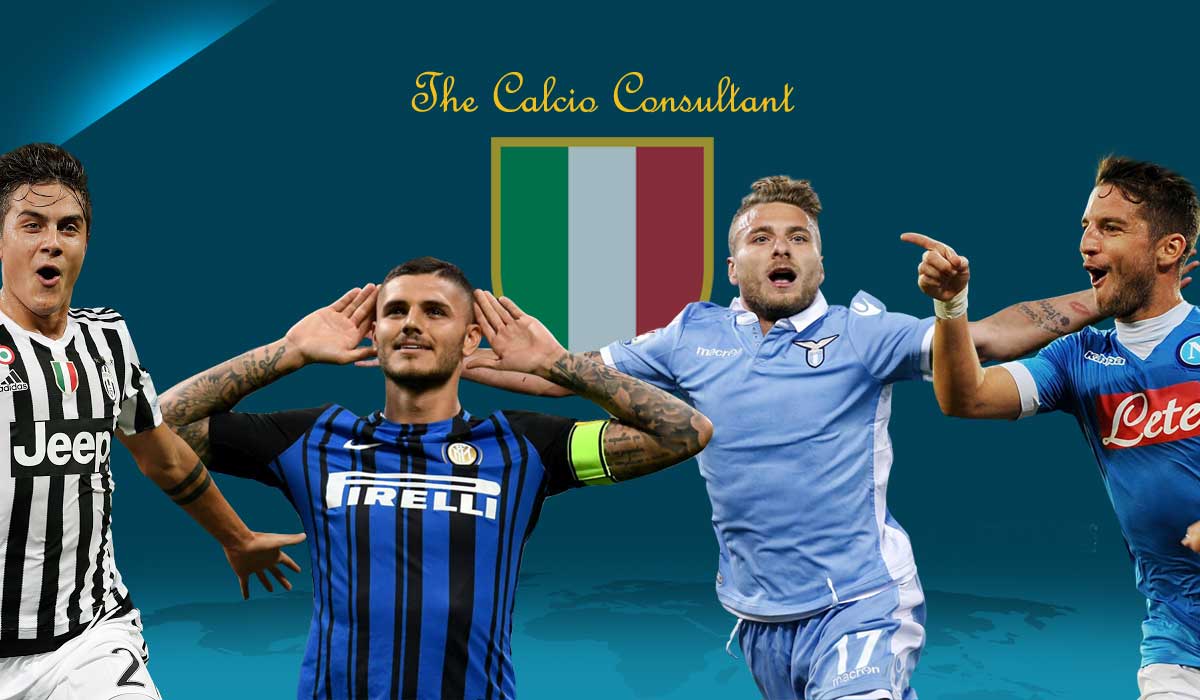 So if you are a faithful follower of my blog, you’ll know that I’ve had a few instalments here that suggest I’ve been down in the dumps lately.  Well, why not?  My Milan are struggling, and Italy are out of the World Cup.  I have every reason to be depressed by calcio these days.

However, I won’t let those things drag me down.  The holidays are upon us, and in my country, we celebrate Thanksgiving.  It’s the holiday where you can eat gluttonous amounts of food, drink copious amounts of alcohol, and not feel ashamed about it.  Of course, there is plenty of social perspectives on Thanksgiving, and it would be understandable if you felt it a holiday not worth celebrating.  Though I won’t spend this blog weighing in on that or taking sides.

I just want to take the time in this piece to express the things about Italian football that I am thankful for.  I’ve gone over the things that scare me, and I’ve given my horrific reaction to Italy being bounced from Russia 2018, so it’s time to turn the page to the good, and the need to have it in gluttonous, copious amounts.

I’m thankful that this is no longer your father’s Serie A.  As has been regurgitated many times in this blog and on our Serie A Sitdown podcast, the peninsula’s top flight is now an attacking league.  In fact, on a per-game basis, Serie A was the highest scoring league last season, and is currently so this season.

Do utterly awful teams with bad defending help that?  Sure.  However, when you look at the top of the Capocannoniere chart, you are seeing a scoring race for the ages.  Ciro Immobile of Lazio tops the list on 15 goals (in just 12 games!) which is a pace for a record-shattering 48 goals.  If that wasn’t happening, we’d be talking about Mauro Icardi of Inter.  He’s averaging a goal a game through 13 games.

Paulo Dybala of Juventus has 12, and Dries Mertens of Napoli has 10.  Juve’s Gonzalo Higuain has 8 and Edin Dzeko of Roma (last season’s Capocannoniere) is on 7.

Elite goalscorers making this Capocannoniere race almost more epic than last season’s, where Dzeko pipped Mertens to the post.  There is a real possibility that at least 8 players could score 20 or more goals this season.  Would you ever imagine that from Serie A?

Okay, maybe there was one last season as Roma pushed Juventus to matchweek 37 before the Old Lady claimed her 6th straight Serie A Title.  The reality though was that, with Higuain coming over from Napoli and Miralem Pjanic arriving from Roma the summer before, Juventus had the title already won.

This season, Juventus are in third through the first 13 match weeks.  I’m thankful for Napoli dedicating themselves to winning this season’s scudetto, especially with an attacking style that neutrals are constantly making eyes at.

I’m thankful for the flying starts that Inter, Roma and Lazio have gotten off to in making this a competitive title race.  7 points is all that separates Napoli from 5th place Lazio.  Inter look like they have it together under Luciano Spalletti, although the cynic in me (forget that I’m a Milanisti) thinks the novelty will wear off.  I’m thankful that Roma under Eusebio di Francesco… has a spine?

It appears that way, and what they’ve done in league and the Champions League has been spectacular.  I’m thankful for Lazio and the work Simone Inzaghi continues to do.

Enjoy this ride, Serie A fans — it looks like we have a race that will go down to the wire.

Callejón: "I miss my friends and family in Spain, but I'm happy in Naples, my family is happy. My dream is to score the Scudetto winning goal, the Neapolitans would raise a statue of me. I want to finish my career with Granada". pic.twitter.com/itGaBQqshx

A RELEGATION BATTLE IS HEATING UP

We sat in awe of the improbable escape Crotone made last season.  I clearly don’t have the same hope for Benevento, so for the sake of this part, let’s relegate them already.  I mean, 0 points through 13?  It’s an all-time record across Europe’s top five leagues, breaking (of all teams) Manchester United’s dubious start in 1930.  However, only 6 points separates 14th from 19th, meaning every game counts for all six of those teams.

Any two of Udinese, Crotone, Sassuolo, SPAL, Genoa, and Hellas Verona could join Benevento in Serie B next season.  Some of those games will be sneaky fun to watch.

As a devout follower of Serie A, I’m thankful that, despite there being some really bad teams in that range, it will be great to see that drama unfold.

With Italy not making the World Cup, it means the end of an era for the likes of Gianluigi Buffon, Andrea Barzagli, Giorgio Chiellini (probably), and Daniele De Rossi.  The new Italy boss, Carlo Ancelotti or otherwise, will have to replace them as well as cut bait with some head-scratching selections under the previous regime (Eder, Matteo Darmian among others).

What I’m thankful for is that, unlike other teams who failed to qualify for Russia, Italy’s shelves are stocked with players ready to take the next step.  Jorginho already proved his worth when called to start in the playoff, albeit about  11 games too late.

There are defenders such as Daniele Rugani of Juventus, Mattia Caldara of Atalanta (owned by Juve), and Milan’s Alessio Romagnoli are ready to replace the likes of Barzagli and Chiellini.  Gianluigi Donnarumma will take on the burden of being Italy’s next great goalkeeper.  Also, plenty of midfielders ready to step in and join Jorginho, including Lorenzo Pellegrini, Daniele Baselli and Marco Benassi.

I’m thankful that we’ll also have a national team coach that will play Lorenzo Insigne, and play him regularly.  Well, I’m assuming the new coach will do this.  Though there will be attacking options too, especially if Stephan El Shaarawy continues his fine form.  And look out for Riccardo Orsolini, too.

In short, there are plenty of options for the new manager to pick from — let’s hope whoever it is can get the best out of them.