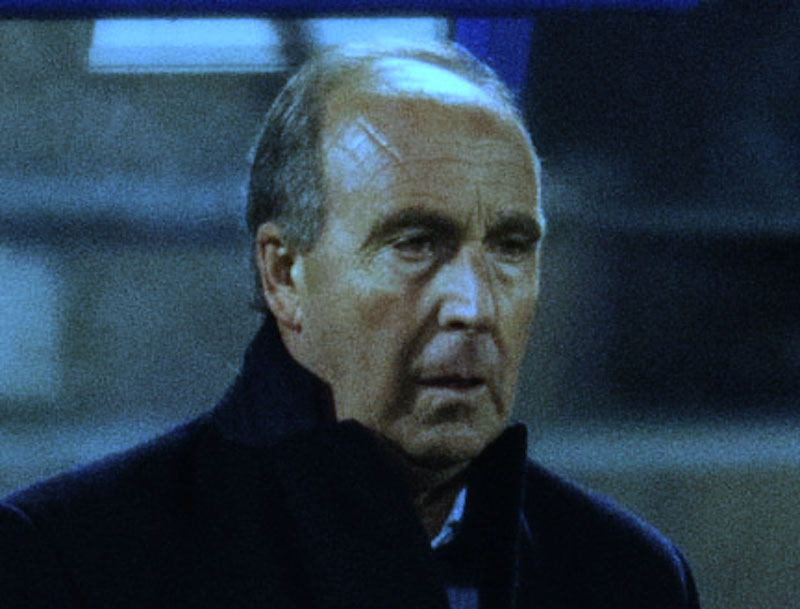 As an American, my first World Cup experience was in 1986. The USA wasn’t in it, so I’ve seen a World Cup without them before, writes Frank Crivello.

I’ve never known a World Cup without Italy in it. This summer’s edition in Russia is going to be awfully hard to watch.

When the Spanish referee blew his whistle for the last time at the San Siro, signifying Italy’s elimination from the 2018 World Cup finals at the hands of Sweden, the unfathomable reality began to set in. I’m offering this installation for you as that reality continues to set in. I still don’t believe it.

I’m on that balance of emotions where I’m looking forward to next month and seeing who the Azzurri are going to be drawn with, and if they can even make it out of their group. I’m trying to ignore the reality that when they draw those names, not one of those pieces of paper will say Italy.

I still think I’m going to see Gianluigi Buffon belting out the Italian National Anthem with a gusto matched by no one. I’ve only partially accepted that I’ve seen the greatest goalkeeper of all time wear his nation’s colors for the last time.

I’m anticipating the Azzurri continuing their run of making major international final matches every six years. Their last final in 2012 at the Euros against Spain. 2006, 2000, and 1994 were previous finals they played in. I’ve only somewhat grasped the notion that someone else is going to win that World Cup next summer.

So as you can see I’m trying to put myself in a happier parallel universe. For the rest of this piece though, I’ll address the reality.

Gianluigi Buffon: 'This was my last game for Italy. I'm sorry. We are sorry' . This is heartbreaking pic.twitter.com/4Yyk9vRIwj

Italy were eliminated from the World Cup by Sweden. The irony of this is that Sweden beat them with the same catenaccio tactics that were the backbone of so many great Italy teams of the past. The Swedes were organized in defense, kept everything in front of them, and took the one chance they needed to take.

Sweden made Italy predictable and were ready when the crosses came flying in. The Azzurri, when you sum it all up, were beaten at their own game. And they were beaten by a deflected goal. All that makes this elimination even harder to digest.

Giampiero Ventura spared himself the embarrassment of being sacked and stepped down as national team manager.

The blame for Italy’s failed World Cup qualifying campaign is being placed squarely on him. Ventura forced a system into the Azzurri that in turn forced players out of position. Choosing the system over maximizing the talents of the players at your disposal, will always be a recipe for disaster. Ventura sadly did not learn this, misusing talented Italians including Marco Verratti and Lorenzo Insigne.

Ventura put his ego first, before that of Italy’s fortune, which will never be forgiven. He stuck with the 4-2-4 system on that fateful night in Madrid in a 3-0 loss to Spain, which consigned Italy to a playoff qualifier, and worse, cost Ventura the confidence of his players.

If there’s a Coaching Football for Dummies book out there, the first chapter probably says you don’t try and beat Spain with just two midfielders. And you especially don’t try to do this with the combination of Daniele De Rossi and Marco Verratti. De Rossi has been overrun constantly and Verratti forced in a system that doesn’t best utilize his skills.

And for the calamity of this playoff with Sweden that sealed his fate. Ask any casual Italian Football fan who the next great talent is for the Azzurri and they’ll tell you Lorenzo Insigne.

Insigne in disbelief trying to explain that he really is replacing Verratti at midfield. "Al centro, Sì". ( @xho) pic.twitter.com/BQ3JXBV194

Ask any casual Italian Football fan, let alone me, where he best fits, and the answer 10 times out of 10 will be in a 4-3-3 where he can play high on the left and off the striker. Two games with Sweden, with a berth in the World Cup on the line, and the next generation #10 gets 15 minutes in midfield. That’s it. And not a single minute in the second leg where a goal was desperately needed to at least get the tie to extra time.

Azzurri fans are left to curse Ventura and rue what might have been. Ventura’s ego was more important to Ventura than Italy’s World Cup place. Shameful.

FIGC [Italian Football Federation], you’re in my crosshairs too. You had a chance to do something about this, and chose to stand by your manager when it was clear that the players didn’t.

Croatia was faced with even missing out on the playoffs before a big match at the Ukraine, and they were in a bad run. They sacked their manager and brought in Zjelko Dalic. The win at the Ukraine to earn a playoff place and then dispatch Greece to go to the World Cup. FIGC, a change was needed in the middle of qualifying. Carlo Ancelotti in particular could have been woken up from his siesta. You did nothing, so you have a role in this failure and ineptitude. Carlo Tavecchio needs to be removed at the first opportunity.

With all due respect to the Netherlands and Chile, Italy are the nation with the most talented player pool not at the World Cup. The Azzurri were poorly managed, players were poorly mispositioned, and now there is no chance at a 5th World Cup win.

Italy will be fine, there will be European Championships and World Cups in the years to come. A budding generation of stars are ready to step in and replace the legends.

Now is the time to find the manager that will take Italy to those levels. One that will have a system that gets the most from the players, and not force the players into the system.

Until then, I’ll have to drift between my parallel universe and the sad reality.