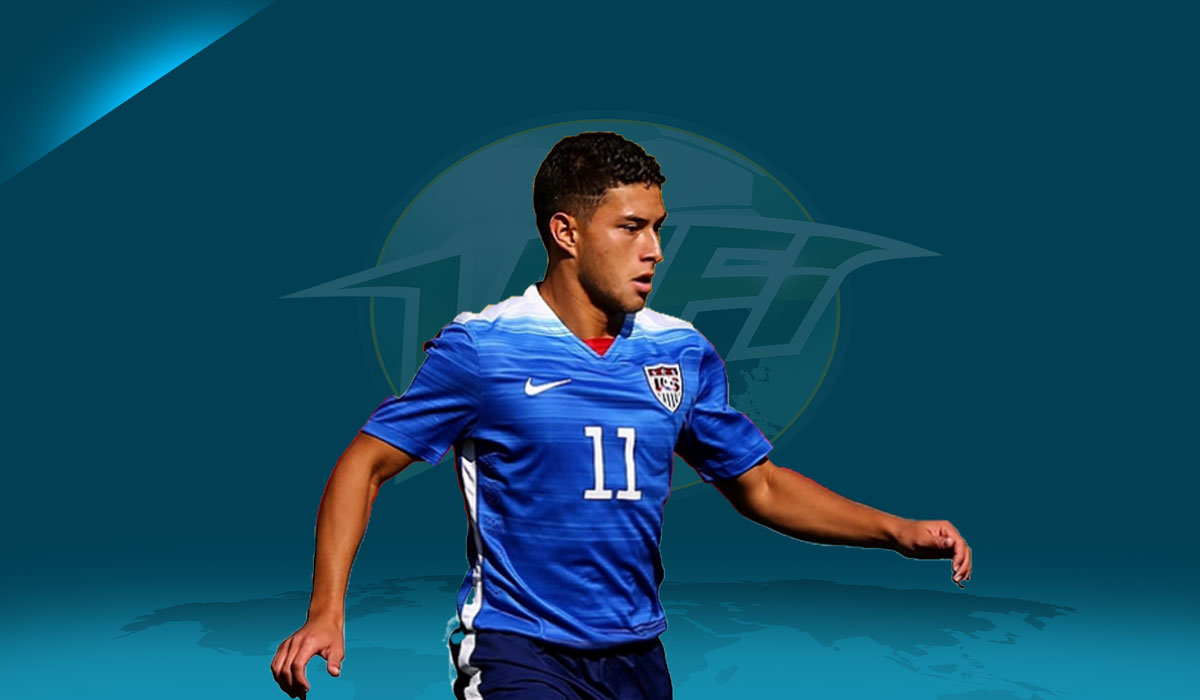 When you think of young Americans abroad, you first think of Germany, and for good reason — twenty-nine Americans play in Germany; nine are in the Bundesliga, writes Richard Kharman.

It makes sense, when you think about it. German, as a language, is closely related to the English, and we Americans aren’t known to be the most adept at picking up another tongue (though I have disproved that myth). Germany is also home to many United States military bases; seventeen, to be exact. So naturally, many Americans have been born abroad and started playing in Germany.

Jermaine Jones, Fabian Johnson, John Brooks, Timmy Chandler and Julian Green are all products of parents in the military stationed in Deutschland. Germany is also recruiting some of the brightest from the United States, such as Weston McKennie at Schalke 04, and Borussia Dortmund’s Christian Pulisic.

A nation you typically do not see Americans playing in is Italy. Home of spaghetti, pizza, pasta, and calcio. Whether because of the language barrier or the tough tactical game that Serie A was known for, it is historically a road less travelled. Alexi Lalas was the first modern day American widely known to have played in Serie A, or so you would believe, but we’ll get to that.

Lalas played for Serie A club Padova and became an instant icon after scoring a goal on his debut against the mighty Milan, en route to a famous 2-0 victory over the then reigning champions. Frank Crivello will tell you: that was the absolute rock bottom for Milan, letting that particular American score against them.

Lalas certainly would not be the last player from the United States to ply his trade in Italy. 18 years later, Michael Bradley signed with Roma and another sensation, albeit brief one, was born.

He was at the height of his career when he joined Roma, and was quickly dubbed “General Bradley” by Romans for his commanding presence in the midfield, ability to mark players effectively, and pass effectively to his teammates. In short, Michael Bradley opened the door for a new generation of up-and-coming Americans looking to play abroad.

3 years ago today, Roma won their 9th game in a row at Udinese. Michael Bradley with the winner #AsRoma pic.twitter.com/91waN0DJxk

Joshua Perez is a name known to many in the United States. Part of a one-two punch in the American pipeline along with Christian Pulisic, Perez might be less hyped than his Dortmund-based compatriot, but he has just as much flair.

Born in California, Perez is small in stature, standing only 5’5”, but what he lacks in size, he makes up for in strength, pace and athleticism:

A versatile winger who can play on the left or the right, his game has developed similarly to Arjen Robben and Suso Fernandez: Perez uses his pace on the flank to swing in crosses, take on defenders one-on-one or, like Suso and Robben, cut in on his left foot and go for a shot on goal. Interest for the young winger came from everywhere, but the young Perez ultimately chose to sign with Italian club Fiorentina in February 2016.

You might think this was a left-field choice by the Tuscan club, but it was far from unprecedented.

Lalas is considered to be the pioneer for Americans in Italy. However, that would technically be incorrect. Fiorentina, in fact, were the first to dip into the United States pool of players. You have to go way back to 1934 when La Viola signed Alfonso Negro, who would go on to win a gold medal for Italy at the 1936 Olympics, despite being born in Brooklyn, New York.

19-year-old American winger @Joshua_Perez26 is making progress on loan at Livorno! Came on in the 61st minute of a cup match, made two big plays: won a penalty (it wasn't converted), and assisted on the gamewinner in the 85th minute. pic.twitter.com/8PZOzYjJUu

Fiorentina recognised the talent, but Perez was still too raw for Serie A. In November 2016, he was given some game time in a 4-1 loss to Inter Milan. The one thing that jumped out from this appearance is that he was not quite ready to play with the big boys, so he was assigned to play for Fiorentina’s Primavera squad to polish his skills and mature, both mentally and physically. Perez remained there for the rest of the season, accumulating 10 goals and 5 assists in the 20 games he played.

As penned by Viola Nation, “[Perez is] a fun little player, fearlessly taking on any defender with his neat touch and glitchy quickness, but it’s his knack for slipping past his marker and into space on the wing that’s really exciting.”

Entering the 2017/18 season, Fiorentina wanted Perez to gain even more experience, so they sent him on loan to Serie C club Livorno, where he is coming into his own. He’s made appearances in eight games out of sixteen played for Livorno, all off the bench. Though he has yet to score, he certainly does not look out of his element. Livorno currently top their table, ten points ahead of Pisa with a game in hand.

Fiorentina and USMNT fans alike hope that Perez blossoms during this spell on loan, and that he can soon join La Viola’s young and talented squad once again. If he does meet his potential, not only will Fiorentina prosper, but to football fans everywhere, Joshua Perez will be a household name.