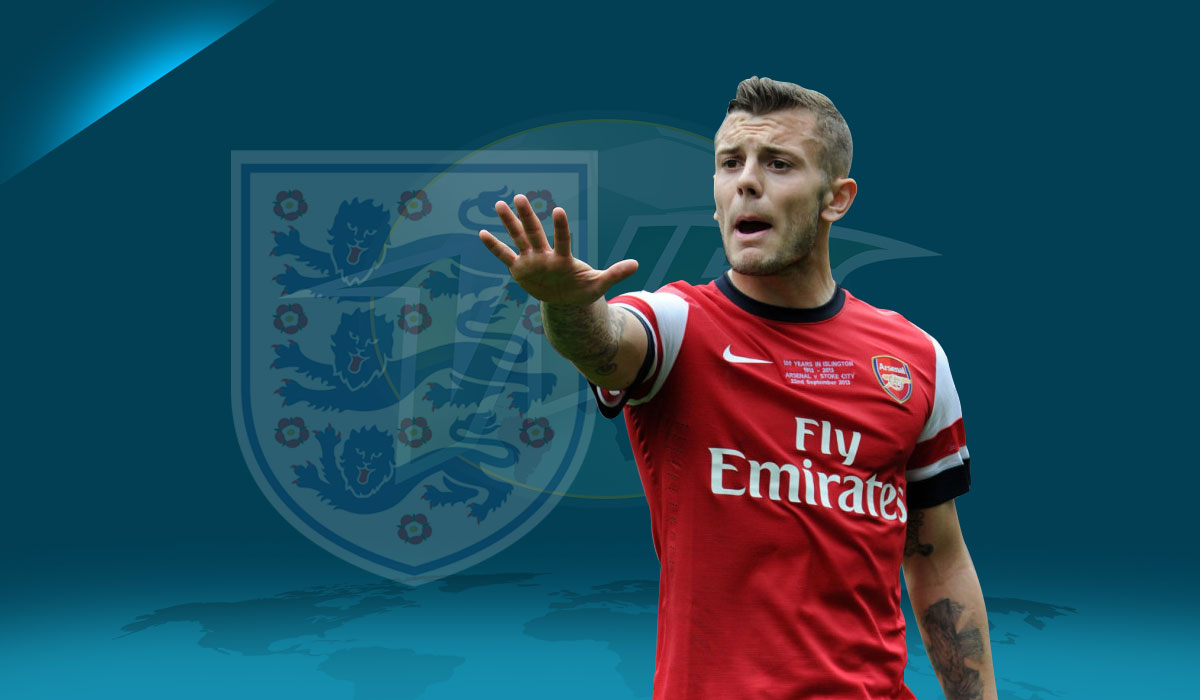 With the groups drawn and preparations underway, the countdown to the 2018 World Cup has begun, and 23 seats on England’s plane to Russia are up for grabs. One man who had thrust himself back into contention was Arsenal midfielder Jack Wilshere, but will injures prove to be his biggest downfall? writes Maryam Naz.

The Englishman started yesterday’s goalless draw against Chelsea at Stamford Bridge. It was his sixth start in a row, and he wore the armband for Arsenal, leading the team out for the first time in his career.

Yet despite the attacking flair and creativity in his recent performances, the 26-year-old picked up yet another ankle injury; no matter how badly he wants to be on that plane, if his fitness is as sub-par as it has proved to be in the past, the prospect of his inclusion might be a risk too far for Gareth Southgate.

Initially, Southgate sidelined Wilshere because of his lack of gametime under Arsene Wenger at the beginning of the season; the Arsenal ace missed out on England’s 25-man squad for friendlies against Germany and Brazil in November, leaving his hopes of a World Cup spot next summer in serious doubt.

However, after forcing his way back into the starting line-up for his club, it seemed that it was only a matter of time before he’d be selected for his country.

There is no argument over the fact that a fit Wilshere must be given an opportunity to showcase his worth to the national side; whether he can remain fit is the question that has been asked by everyone, and surely no one has been more disappointed than the man himself.

His performance as a teenager against Barcelona in the UEFA Champions League seems a distant memory. He created excitement for Arsenal and England fans alike when he took on the likes of Xavi Hernandez, Andres Iniesta and Lionel Messi, dazzling even the Barcelona fans with his skill. Wenger had unlocked a thoroughly ‘unenglish’ gem.

Nearly 7 years on from that memorable night in North London, a plague of long-term injuries have stalled his career. Wilshere underwhelmed at Bournemouth on loan, and he also featured in England’s disastrous 2016 European Championship campaign.

Form aside, he has remained on the fringes of the Arsenal set-up for some time now because of his injuries, and he has also shown that he can sometimes let his emotions get the better of him; he has been held accountable for acts of aggression that suggest that there is an aspect of his play that is yet to be tamed. He will need to show Southgate that he is able to control his temper as well as prove his fitness.

Yet despite all these setbacks, Wilshere had forced his way back into the Arsenal reckoning, helped by the hectic Christmas fixture list that demanded Wenger to rotate his squad, and through injury to players such as Aaron Ramsey. In the absence of the Welshman, Wilshere’s skill in the centre of the Arsenal midfield has been evident for all to see. He possesses a combination of superb passing ability, amazing technique, and an aggressive style of play that, when channelled positively, is one that supersedes most players playing in his position in the Premier League.

In the last six games he has played, he’s shown all of his trademark creativity and attacking flair that is synonymous with his favoured playmaking role. Not only has he shown an ability to run with the ball, but also has the vision to pick out crucial passes, which could be a pivotal factor in the summer, given the dearth of creative quality that is evident in England’s recent midfield selections.

From a pure ability standpoint, there is little doubt that Wilshere is the best Englishman to play in his position, and although Dele Alli had previously been considered to be England’s latest leading light in midfield, the Tottenham player has proved to be more suited to the role of second striker, where he provides an intelligent goal-threat and an ideal foil for Harry Kane.

With a defensive midfielder like Eric Dier by Wilshere’s side, he would have the freedom to make attacking runs without being overly shackled by defensive duties, especially with the added security of Southgate’s favoured back-three system.

Thanks for all the messages and support after last night. Good news is i should be back in a couple of days 🙆‍♂️⚽️💪 pic.twitter.com/LDagEVnHmp

The Arsenal man has stated that he “still believes” he has the quality to play for England, and he has shown incredible tenacity to come back into the Arsenal and international fray, despite suffering from numerous setbacks throughout the years; indeed, the fact that people still talk about Wilshere’s qualities as being unique despite his injury record is a testament to how highly rated he is.

What Southgate has to consider is whether Wilshere is worth the risk. There is hope for him in that the injury he picked up yesterday doesn’t seem to be too serious, yet it serves as a reminder to both of his managers that, despite his attacking prowess, his biggest weakness is undoubtedly his own body.

This may prove to be his own downfall, and he will have to fight against this latest injury if he is to be in the England squad come June, not to mention still under contract at Arsenal.