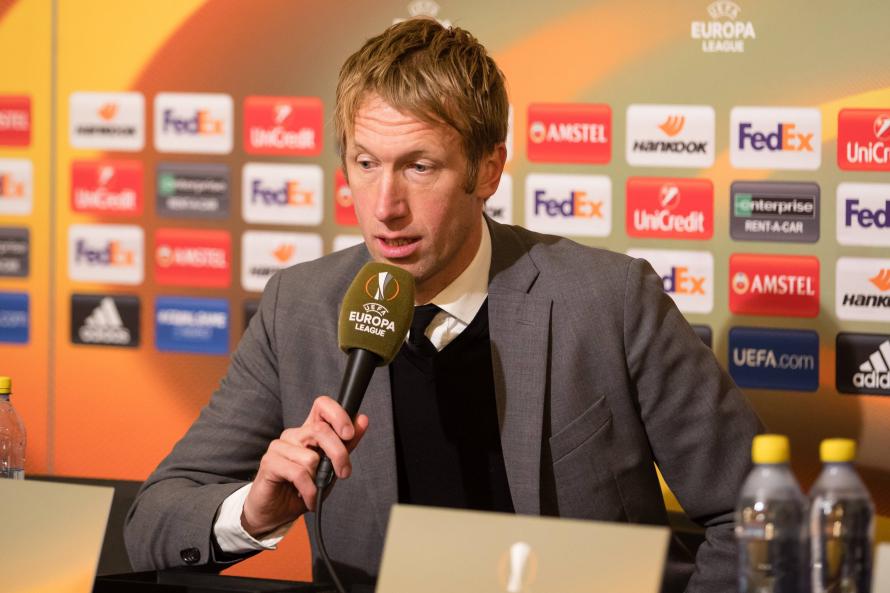 James Rowe spoke to Östersunds FK manager Graham Potter exclusively for WFI, covering topics including the challenge of managing in Sweden, his playing career, and of course Östersunds FK’s fantastic performances in the Europa League this season.

You have been manager of Östersunds FK since 2011. How are you enjoying life in Sweden?

I am really enjoying life in Sweden. It has been an unbelievable journey. When I look back, I arrived, like you said, in 2011, and the club was in the fourth tier of Swedish football, now we are playing in the top tier (the Allsvenskan), and also our experiences in the Europa League too this season.

It’s been an amazing experience. The club has also developed and grown, and I have as a person too. My family has also grown we have had children since we have arrived in Sweden. It’s been amazing.

Do you notice any differences between the coaching philosophies of Sweden and England?

It’s hard to generalise, of course culturally there are differences between Sweden and England, and I suppose that reflects a little bit in coaching and football.

English football is unique in how it’s played and the general cultural view too. I have tried to develop my own path. I had my English background and education after my career finished. I am very lucky to experience life in another country and culture.

I believe Swedish football has it’s similarities to English football, and you can see that with the influences of Bob Houghton and Roy Hodgson. Every country has it’s own identity too.

You mentioned Östersund’s run in the Europa League this season. For you as their manager, what was the highlight?

I would say the highlight for me was winning at home against POAK. We were 3-1 down from the first leg, and we were disappointed in how we played in that first leg in Greece.

It was a tough environment, with the heat and their passionate crowd. We felt that our away goal gave us a chance for the second leg at home.

We played really well at home and deserved to go through. The feeling of qualifying for the Europa League, and the implications that it has, was the highlight of 2017 for me.

You have faced opponents such as Athletic Bilbao, Hertha Berlin, and Arsenal. Was there any specific preparation you did as a Swedish team going up against more seasoned teams from stronger leagues?

If I reflect back on the entire tournament I think we had a bit of luck first off when we drew Galatasaray, in terms of them being at the start of their preparation for the season. We caught them at a good time, and we had an advantage of being in the middle of our season, but we still had to play well.

What you have to understand, from our perspective, is that the opposition are playing at a higher level every week and they are used to playing at a quicker tempo.

We needed to be as good as we could be, and also as clear as possible because the level we were competing against is essentially higher than ours.

We had make sure that we were clear in what we were doing, in our game play, and trust that the players could adapt quickly and rise to the challenge of playing against players that are used to playing at a higher level.

You secured a famous win at the Emirates Stadium against Arsenal. I was at the match and I thought that you were tremendous, and your game plan was executed really well. An impressive win for Östersund. As an opposition manager, what did you see as the key weakness when playing Arsenal in the second leg?

We were disappointed with the result in the first leg in Sweden. We did not play well in the first 25 minutes of that game, and we were caught like a rabbit in headlights at times, and we got punished.

We tried to learn and think how we could improve. We had an idea around trying to be compact in the middle of the pitch in the second leg, and counter-attack in good way from there, but also knowing that Arsenal were 3-0 up and that they would not quite be at their level.

They got beat in the North London derby. We thought that if we could stay in the game and make it difficult we could offer a threat.

We managed to change the environment at the Emirates Stadium, especially being 2-0 up at half-time.

The shame from our perspective is that we conceded a goal early in the second half, which let them of the hook a little bit.

It would have been nice to maintain that 2-0 lead for longer, and then maybe nerves would set in. It was not to be, but we did our best.

I would like to ask you about your own career. You played for Birmingham City, Stoke City, West Bromwich Albion, and York City among others. At what club did you enjoy your football the most, and what were your highlights?’

I look back on my playing career and I am grateful for all the time at had a different clubs.

I started of at Birmingham City and I have fond memories of my time at Stoke City too. I could not single out one particular club.

I had 13 years as a player full of ups and mostly downs. I was not a particularly top player, but I am delighted to have had the experience, and I loved and respected all the clubs that I played for.

In terms of highlights, I was involved in the famous Southampton v Manchester United game at the Dell, and that was a special game. I came on as a substitute. It was a great scoreline and performance that day.

When you are a professional footballer you are fortunate, and maybe you do not understand that at the time. When I look back now I was very fortunate to have the experiences that I did.

Were there any players that you played with in your career that stood out for you in terms of talent and skill?

If you talk about talent and skill it would have to be Matt Le Tissier, who I played with at Southampton.

He was an incredible footballer and an amazing player. He had such ability, and technical quality.

There were times where he kept Southampton up on his own. There was also a great atmosphere at the Dell, and we always had a great team spirit. Le Tissier could do stuff that was out of this world at times.

Are there any managers that have stood out for you and that have helped you in your career?

As a player you learn and take bits from all managers, in that respect I understand that football can be a difficult game.

The one guy that was an influence on me is Cyrille Regis at West Brom, who sadly passed away this year. He was a very impressive character and man. When he spoke you listened.

He gave me good advice about controlling the things that you can control and effect, and not get worried about what other people think. I would name Regis as a strong influence.

Finally, Graham, you have made an impression, and your reputation is growing because of your great work at Östersund. Going forward, what are your future ambitions as a manager?

For us as a club we want to try and compete try and win the Allsvenskan (Swedish league), which then gives you the opportunity to play in the Champions League.

I am very happy where I am in Sweden, but I am also open to one day working in another country. That would be an amazing experience, I am sure, but at the moment I am really happy where I am at Östersunds FK, and hopefully we can carry on our journey.