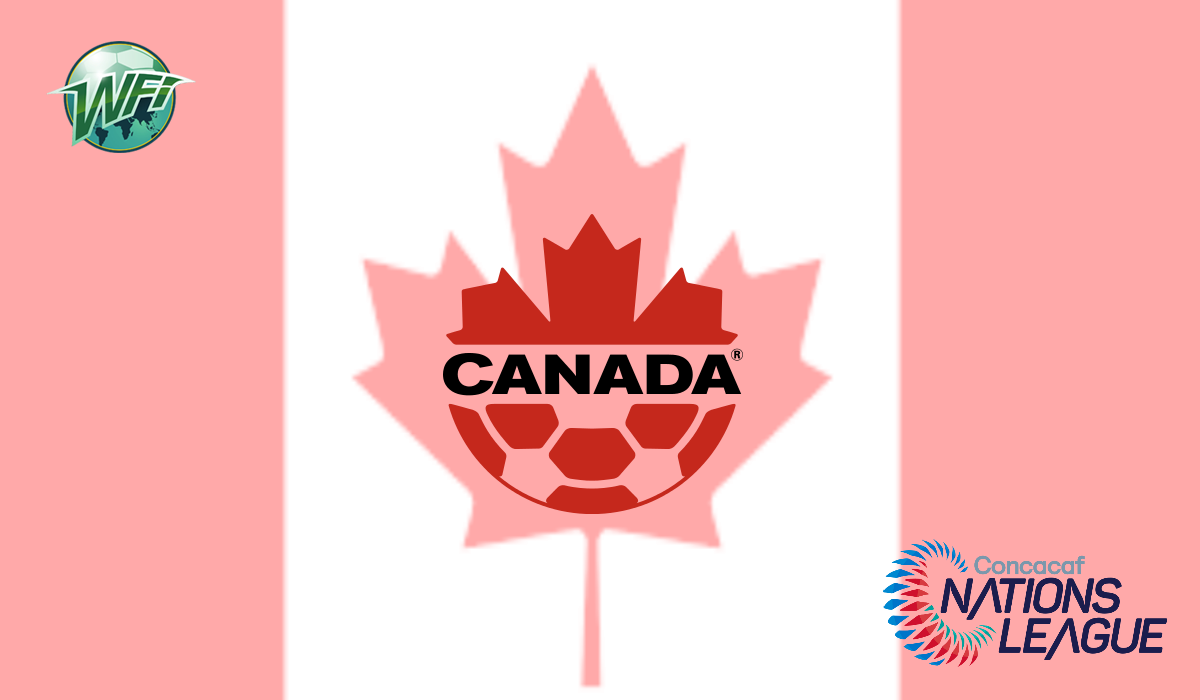 Canada began its CONCACAF Nations League qualifying campaign with a record 8-0 win against the U.S Virgin Islands, and the team used some interesting tactics in order to take advantage of their superiority.

Q: What does a soccer coach do when they have a wealth of attacking talent available to them and don’t know which players to leave out?

At least that was the answer for Canada head coach John Herdman when his side faced the U.S. Virgin Islands in a CONCACAF Nations League qualifier at the IMG Academy in Florida.

They were expected to coast past their opponents and score goals for fun, but it’s often the case that these lower-ranked nations prove difficult to break down as they set out to do nothing more than limit the damage.

Herdman expected this, and went with a bold, attacking formation in order to counter it. In theory it wasn’t too different to the 4-3-3 / 4-1-4-1 setup which he’s used in previous games, but coaches will tell you that systems are defined by the players more than they are by the formation, and this was the case here. 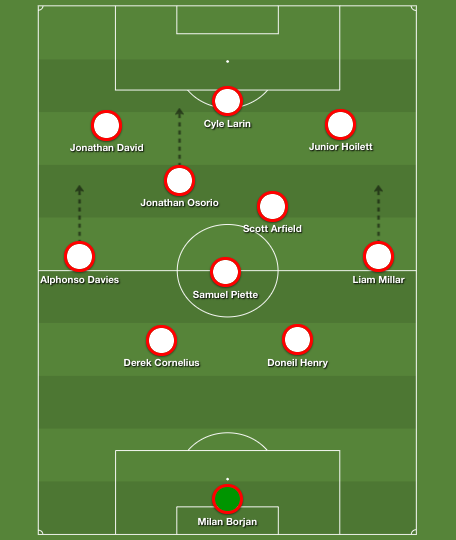 “The USVI, we knew they wouldn’t damage us, but at the same time it’s hard to break those [defensive] blocks down in this heat,” said the Canada boss after the game.

Bayern Munich-bound winger Alphonso Davies started at left back, but thanks to his natural attacking instincts the Vancouver Whitecaps teenager was regularly the most advanced player on the left flank.

Davies assisted two goals for Cyle Larin in the second half, and was a threat whenever the ball came his way.

Liverpool’s Liam Millar performed the same role on the opposite flank and he assisted the opener for Jonathan Osorio with just six minutes gone.

On the rare occasions the pair were asked to defend, they dropped into the back four either side of the only defenders named in the starting XI; Derek Cornelius, and Doneil Henry.

The 4-3-3 morphed into a 2-3-5, and the adventurous tactics were perfect for this game. The 8-0 scoreline broke records for the biggest win in the nation’s history, and the most goals scored in a game.

Striker Lucas Cavallini scored a brace in the first half, and his half-time replacement Larin replicated this in the second period. Gent’s Jonathan David also scored two, with Junior Hoilett of Premier League side Cardiff City impressing throughout, racking up two assists and a goal.

“We can be satisfied with the start of the journey,” added Herdman.

“We were able to blend the veterans and the young players together, and start some of the foundations and the tactical identity which we’ve seen there.

“At the beginning of the week the players were made aware of what the goal record was for Canada, and they went towards it. It was great to see today they committed right until the end.”

It’s a promising young Canada squad which was able to spread its wings in this match against the Caribbean island territory, but it will be interesting to see what happens when it comes up against stronger sides.

By the end of the CONCACAF Nations League qualifying stage, Canada would expect to be sitting comfortably in the top six which would see it join League A of the tournament proper. There it will take on the region’s big-hitters and look to prove its credentials ahead of 2022 World Cup qualifying.

“I think it’s shifting the mindset. Rather than setting the bar low for the group, the bar was set at a certain point and the players reached it,” continued Herdman.

“They’ve come off happy because it’s just the start and it’s only going to get better.”

Canada will now be concentrating on its approach to games against Dominica, and Saint Kitts and Nevis later in the year, where Herdman will once again be tempted to make use of all the attacking weapons at his disposal.