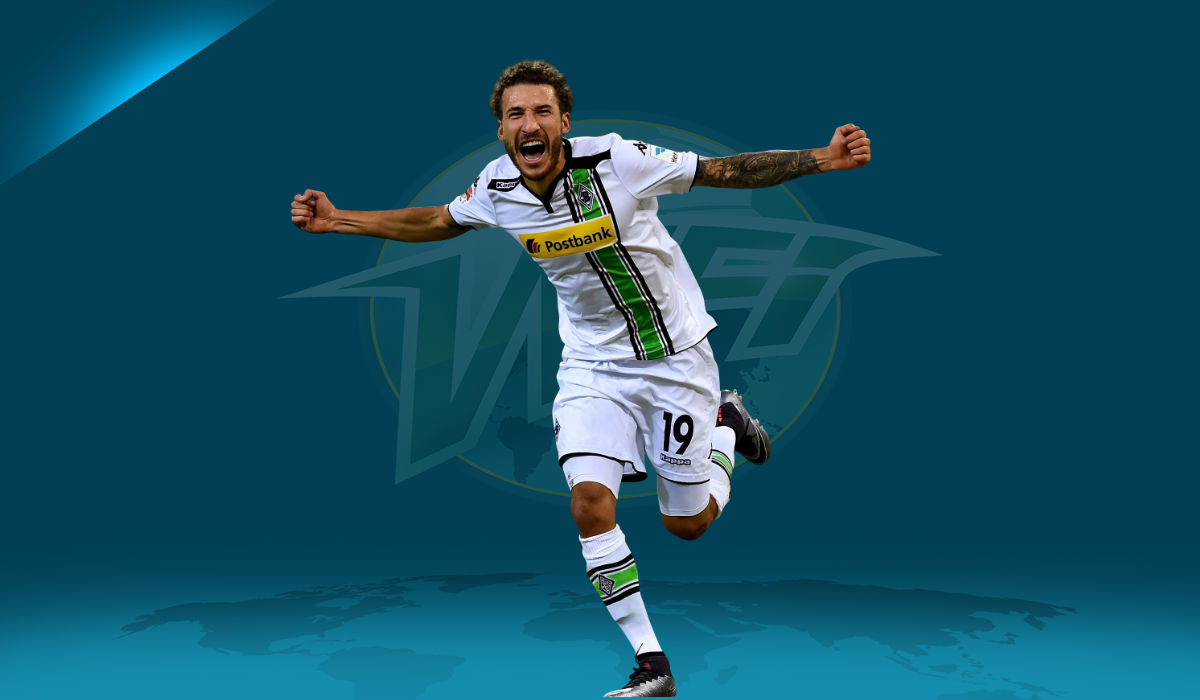 James Rowe interviewed Borussia Monchengladbach defender Fabian Johnson. They spoke about what it’s like to play in the Bundesliga, representing the United States at the 2014 World Cup, and coming up against Lionel Messi and Cristiano Ronaldo.

You have been playing at Borussia Monchengladbach for four seasons. Are you enjoying your time at the club and what are the objectives this season?

I am really enjoying my time here at Borussia Monchengladbach. Six months ago I extended my contract for another couple of seasons and I feel comfortable here.

It’s a great club with a lot of tradition and great supporters all over Germany. My team-mates and the backroom staff are also great.

The vibe at the club is also very positive. We finished pre season and we are in good shape having come through some good tests, and everybody is now looking forward to the season ahead.

also shoutout to old-timer Fabian Johnson, who went 83 and scored this nice goal in a big opening day win for Gladbach over Bayer Leverkusen pic.twitter.com/F8O9Uf9wyf

What can you tell me about the qualities of your current manager Dieter Hecking?

He has a lot of experience, from his time at other clubs. He had a great season with VfL Wolfsburg winning the German cup and he is trying to pass on his knowledge to us.

We have a very young and talented group of players and I believe that is really going to help us in the future.

He can be strict but sometimes laid back, depending on the situation. He also knows the times when we need to step up our game.

You have played for a few Bundesliga clubs Hoffenheim, VfL Wolfsburg, and 1860 Munich, among others. Having played the majority of your career in the Bundesliga, what would you say are the skills needed to play at the highest level in Germany?

I believe that the game has changed through the years here in Germany.

Right now there is a lot of focus on statistics and how much and how fast you run. Your technical ability must also be very high.

I believe that as a player you can help yourself by training hard and giving 100 percent, and try to get better every day.

I made the choice to play for the United States national team and I really enjoy playing for them.

I had a great time playing for them in the 2014 World Cup in Brazil. We were defeated by Belgium in the last 16 after extra time.

Many people did not give us a chance in our group with Ghana, Germany, and Portugal.

We qualified very early for that World Cup in particular, and it was so much fun along the way. We had a great chemistry in our team and everybody knew their jobs.

Jurgen Klinsmann was our manager, and at all times he was trying to give us every opportunity to help us get better and better.

During friendlies against France, Italy, and Brazil he made it clear to us that we must challenge ourselves and help ourselves to try and push to get to a higher level.

Could you tell me who are the best players that you have played alongside so far in your career?

Yes there have been a couple. I remember when I started playing Bundesliga football with VfL Wolfsburg we had Edin Dzeko, who is an unbelievable striker. He is very physical but also still very good with the ball at his feet. He often made the difference.

Also, the Brazilian Diego [Ribas] who also played for Werder Bremen and Atletico Madrid. He was very small but so skilful.

At Hoffenheim I played with Roberto Firmino who now plays for Liverpool FC and I am really pleased that he is having a great career. It’s fun to play with these players but you can also learn a lot from them.

Having played in the Bundesliga, and at the 2014 World Cup, are there opponents you have faced that have stood out for you?

Yes quite a few. We have spoken about the 2014 World Cup, and coming up against Cristiano Ronaldo.

During the Copa America with the US against Argentina I played against Lionel Messi.

Playing against him it is almost impossible to defend one-on-one because he is so good. It’s hard to defend against Messi because every time you think that you are on him, in the blink of an eye he is gone.

That is also one of the things that makes him different, and that is why it is so hard to defend against him.

You have had a fine career so far. Can I ask who are the managers who have influenced you the most in terms of advice that has been key to your development as a professional player?

I would say Lucien Favre, when I first arrived at Borussia Monchengladbach.

He is a manager that is very much into detail in terms of instructing players to take a step to the right or the left, or use your left or right foot when defending in certain situations.

When he is telling you this you think it really does not matter, but when you try to do it in the next situation you realise that he is right, and know that everything he told you makes it easier, not just for you, but for the whole team.

Due to his detail, that is why we had such a successful first season under him when I first came to Borussia Monchengladbach.

Finally, Fabian, we have spoken about the Bundesliga and 2014 World Cup. If you look back on specific matches you have played in your career which match comes to mind?

I would say the 2014 World Cup group match against Portugal, because we showed such great teamwork and team spirit after going 1-0 down after 5 minutes to come back to lead 2-1.

We conceded an equaliser in the last minute to draw 2-2, but we still managed to advance to the last 16.

The atmosphere and vibe of our team resulted in so many emotions, and it was such a fun match and an unbelievable experience.

To play a World Cup in Brazil in a country that is fanatical about football was just wonderful.