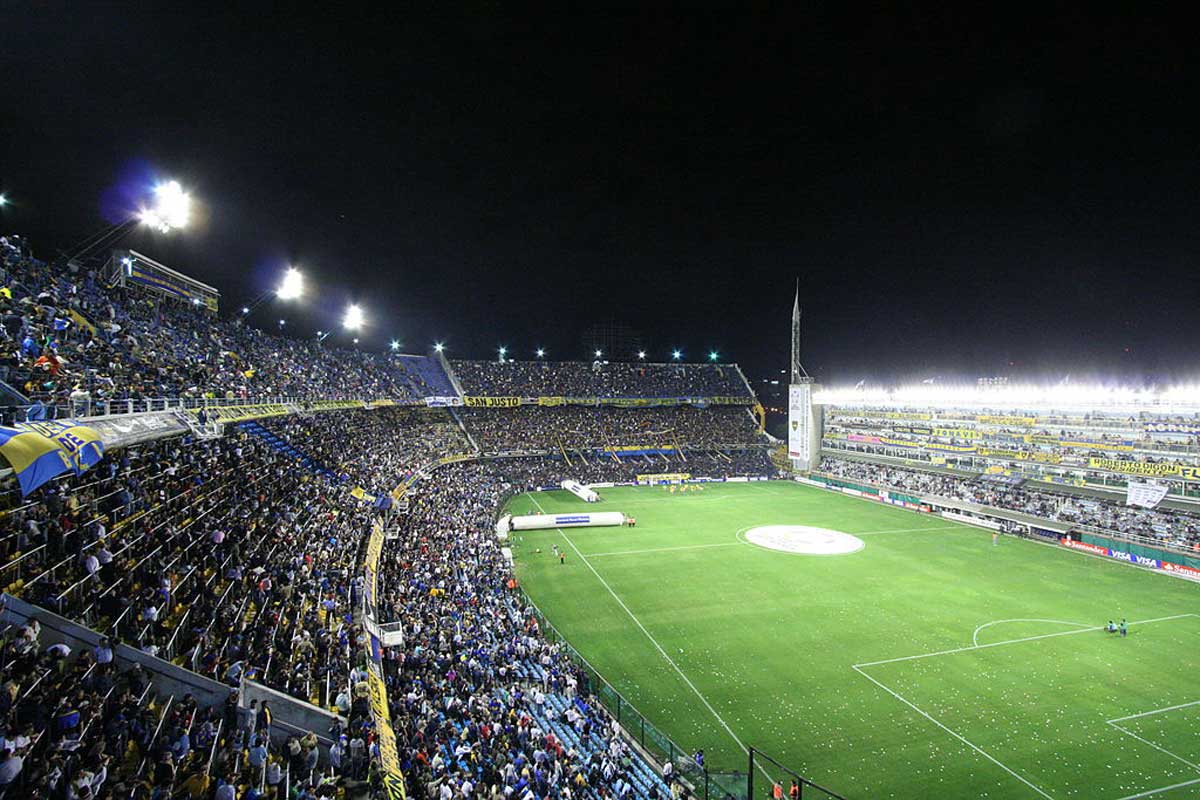 The build-up to any Argentine Superclásico is always heated. The local media interview players, managers and club presidents hoping that they will make some sort of provocative or controversial statement that can become the evening’s headline on the nation’s numerous sports channels.

This Sunday’s derby in La Bombonera, the sixth match of the Argentine Superliga season, is slightly different however. The Superclásico has had to share the sporting limelight with another huge spectacle this week – the Copa Libertadores.

Both River and Boca were in action on Wednesday night in the first leg of huge quarter final match-ups versus other continental giants, thus the media have only four days of focusing fully on the derby match.

The home side Boca Juniors undoubtedly go into this one as slight favourites. They are the reigning champions of Superliga, and have strengthened their squad again in a bid to retain the title.

Even more importantly, they survived the transfer window without losing any star players. Cristian Pavón, Wilmar Barrios and Naithan Nández will inevitably move to big European clubs over the coming months or years.

In recent years at least, the club has produced its best football playing in this competition. The depth of their attacking talent is simply too much for small and medium Argentine sides to contain. It has become a sort of Sunday afternoon ritual to watch Cristian Pavón and Dario Benedetto, Boca’s star strikers, score goal after goal against overstretched defences.

Quite the opposite can be said of Marcelo Gallardo’s River Plate team.

Since the ex-midfielder took over in 2014, he has struggled with the competitive demands of their long domestic campaign, and his team has become somewhat cup specialists. They tend to produce intensity and grit which opponents cannot cope with in a big knockout match, but seem to lack focus and motivation when playing smaller Argentine sides every weekend.

To add to the problem, the coach often rests his star players for league games to keep them fresh for key cup clashes.

The statistics support this trend: Gallardo has been victorious in all of his three cup ties against Boca since he was appointed. However, Los Xeneize have won on their last three visits to El Monumental when three points were up for grabs in the Superliga (previously Primera).

A trip away to the champions might seem daunting, but River do have reasons to be optimistic.

They have developed a solidity for other teams to envy. Argentina goalkeeper Franco Armani recently went almost 1000 minutes without conceding a league goal, and the two veteran centre-backs in front of him, Jonathan Maidana and Javier Pinola, have struck up a great partnership.

Their midfield is no less impressive. Gonzalo Martinez has a history of tormenting Boca, Juan Fernando Quintero is showing a dizzying array of passes, and River’s breakout star of 2018, Exequiel Palacios, is fresh back from his Argentina debut in friendlies in the USA.

Boca’s motivation will be just as great as or even greater than usual. They will feel they owe their old rivals some revenge after losing the showdown in the Argentine Supercup 2-0 in Mendoza in March; the last meeting between the two teams.

It could also potentially be Carlos Tevez’s last appearance in the famous derby, as it appears that the veteran forward will inevitably decide to retire in the near future as he begins to fall down the pecking order. He has revelled in being River Plate’s nemesis down the years. How he would love to make their supporters suffer one last time before hanging up his boots.