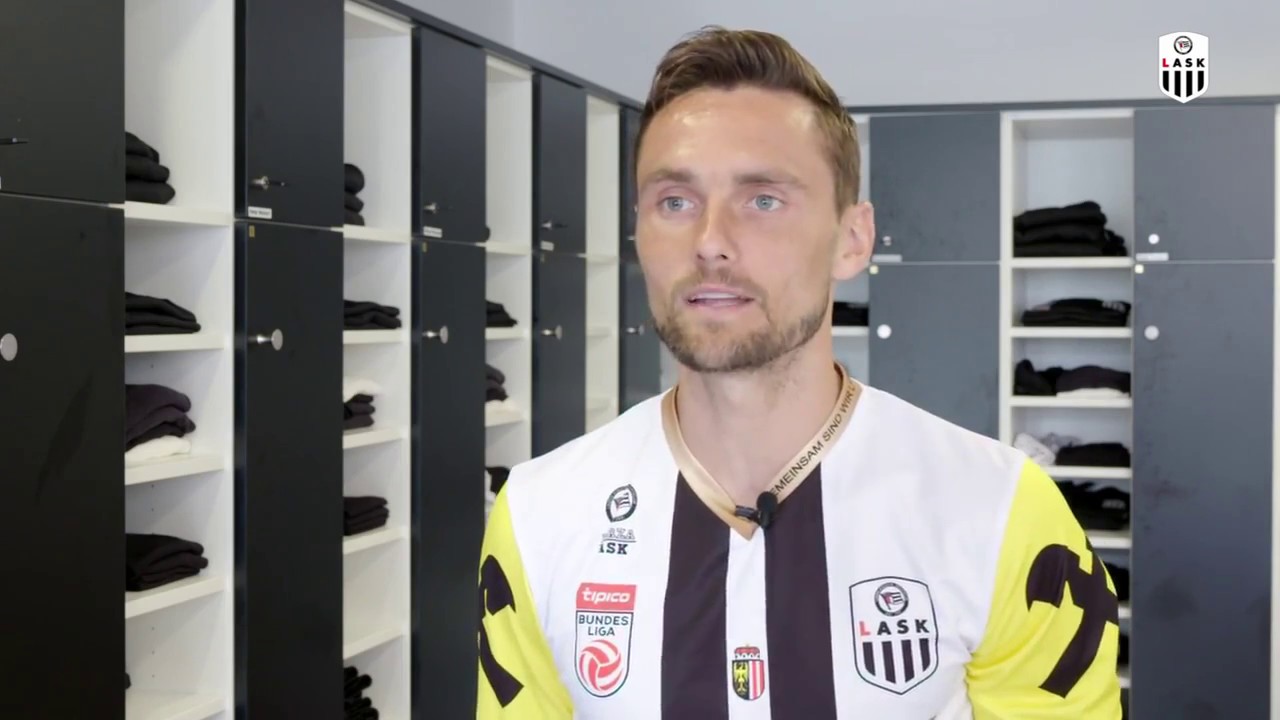 You signed for LASK Linz in 2017. How are you enjoying your time at the club so far?

My time at the club has been great. LASK Linz are a good club where there is a lot of competition for places, and we have a great people that are involved in the back room staff too.

It is a club that is going in a good direction and it is a nice place to be. I am really enjoying my time here so far.

How would you describe LASK Linz as a club?

LASK Linz are a club with a lot of history. They have made a lot of progression in a short space of time, coming up from the third division to the Austrian Bundesliga.

I would also say that LASK are one of the most stable teams in the Austrian Bundesliga.

The club is really warm and they have done a fantastic job of building the club as a brand and the direction that they are taking, and at the moment it is a really exciting place to be.

You played for Austria Vienna between 2012 and 2015. How do you look back on your time there?

I look back fondly on my time at Austria Vienna. We were successful in the Austrian Bundesliga, playing Champions League football and reaching two cup finals too.

My experience there has opened the door to further my career and I am very grateful for the experience.

You then went on to spend a season with MSV Duisburg in Germany. Did you notice a lot of difference between German and Austrian football?

I did find the Bundesliga II to be different, but I also feel that the Austrian Bundesliga does not get enough credit.

The Bundesliga II was a different style of football in comparison in terms of counter attacking.

I must say that I probably enjoyed my time more in Austria to be honest. It suits my style of football a bit more, but in saying that I did enjoy my time in Germany as well and it was a great experience.

You have been capped by your country Australia. How do you look back on representing your country and have there been any particular highlights?

In my opinion there is nothing better in football than to represent your country. It is the pinnacle.

Of course I love playing club football but playing for Australia is fantastic. I would love to still be involved with the national team again in future because it is something so special.

The highlight for me would be qualifying for the 2014 World Cup in Brazil. Then going to the tournament itself — it was an amazing experience to be part of it.

They live and breath football in Brazil and as a player you are a little bit shell shocked due to the levels of security involved surrounding training and matches.

You have played alongside many good players so far in your career. Are there any teammates that standout in terms of talent and ability?

If I was to mention Australian players I would say Mark Bresciano. At the beginning of my career in the national team he was still involved and he was very special in terms of being a fantastic footballer, and I really enjoyed seeing what he could do.

Harry Kewell is another one for me who was really special. He is an incredible professional and I really enjoyed my time in the national team with him. He was really good to me taking me under his wing and spoke to me regularly and taught me a little bit.

If I was to mention non-Australians I would say Mousa Dembélé from my time at AZ Alkmaar in the Netherlands. He is a sensational footballer and it was enjoyable to play with him.

Are there any particular opponents that you have faced in your career so far that have stood out?

That’s a good question. Lucho González was a very tough opponent when we played FC Porto in the Champions League in 2014.

I played against Naby Keita when he played for Red Bull Salzburg. He is now playing for Liverpool and he was a bit of a handful when I played against him for Austria Vienna.

I was on the bench when Australia played Spain at the World Cup in Brazil and I got to see Cesc Fabregas first hand and he really impressed me.

He was not physically imposing but his awareness and touch was incredible you could not get close to him.

Finally James, you have had a fine career so far. Are there managers that have helped you in terms of advice that aided your development as a professional footballer?

I would say my current manager at LASK Linz, Oliver Glasner, he has been sensational for me.

Peter Stöger was my manager at Austria Vienna, and the final one would probably be Dick Advocaat at AZ Alkmaar. He was someone that was influential for me and somebody that I took a lot away from playing under.