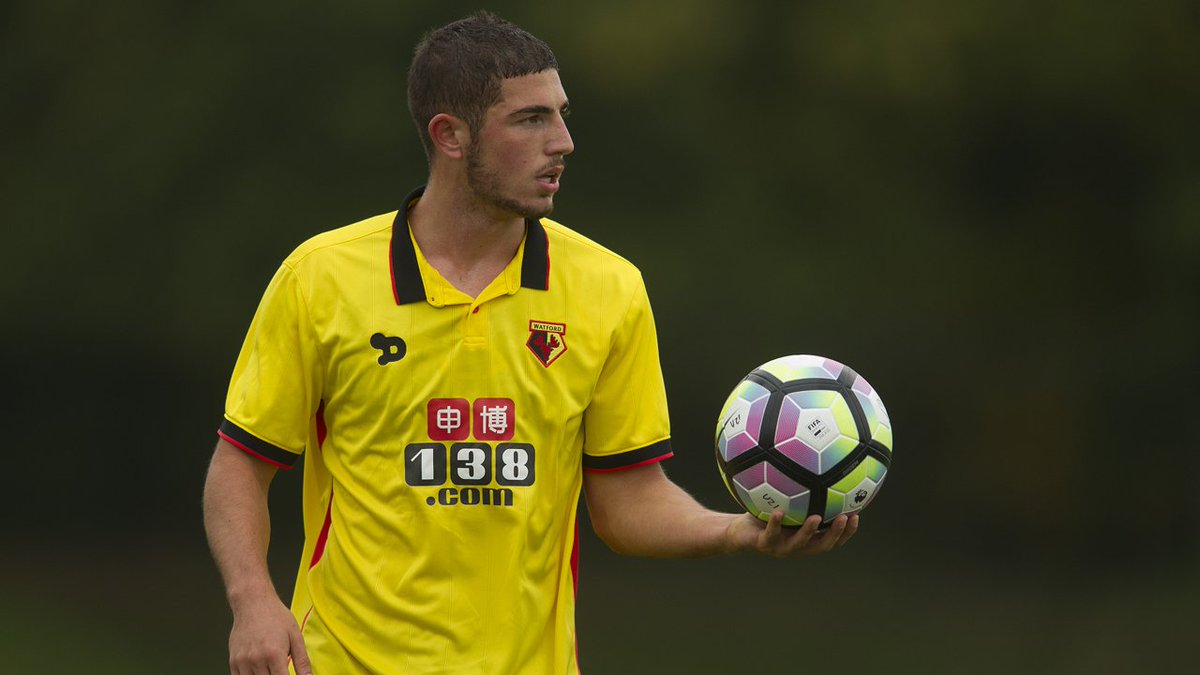 James Rowe interviewed Watford defender Andrew Eleftheriou exclusively for WFi. They spoke about playing for Watford, his time on loan at Norwegian club Sandefjord, and his ambitions for the future.

You are back at Watford after your loan spell at Norwegian team Sandefjord. Are you enjoying being back at the club, and how are things going for you at the moment?

I am really enjoying being back at Watford. My target when I signed for them back in 2003 is to make the first team.

When I set a goal I always intend to accomplish it, so being back at Watford is the target and I am enjoying the challenge.

Watford are doing really well so far this season but I am confident that if I carry on playing well I will be back where I was the last two seasons.

How do you look back on your loan spell at Sandefjord?

It was a great learning curve for me at Sandefjord because you can appreciate that football is played all over the world, it is not just the major five leagues.

There were some great players out there in Norway. I appreciated it first hand because you might watch it on TV and think that the Norwegian league is not amazing, but being out there and training everyday and working hard it was a great experience.

The current manager of Sandefjord, Marti Cifuentes, I trained with him for only three weeks but his philosophy and style of training in terms of possession were very beneficial, and I really enjoyed it in order to get the best out of myself.

Marti Cifuentes also brought a sports scientist with him who had some great ideas.

We have spoken about your return to Watford, Andrew, but do you envisage another loan spell abroad in the future perhaps is that something which would interest you?

I would definitely be interest in that. I learned a lot from the lads in Norway and I think the the more clubs you can go and to the more things you see in football, it helps decorate you as a player in gaining more experience.

I am open to going on loan again. We have January coming up soon so that would be a good idea. Maybe Germany, France, or The Netherlands would be a great experience.

Could you say who are among the best players that you have played with so far in your career?

Troy Deeney is not only the captain of Watford but a great player too, and you see that with the level of his performances. I was even able to watch his work rate in training and how hard he works, I can see why he is hitting the level that he is currently hitting.

Deeney is a big player for me because when I was training and playing with him he helped me out a lot, the same with Adrian Mariappa.

They are both really nice guys both on and off the pitch. That helps when you are a young player and you are training with the first team. You see the senior players working hard, they still have the same attitude that you would expect young players to have, and you can see the quality that they have developed other the years. It’s an inspiration to be honest.

Also in my position Daryl Janmaat, and training alongside him is great because he is an experienced player who plays for the Dutch national team.

You can see his quality and he speaks to you off the pitch, giving you tips and tricks and advice, so I would say those three players are the best players I have played alongside.

🗣 | “I’ve been here so long and I’ve got a taste of it, so now I just want some more.”@eleftheriou_2 has his sights set on more appearances for #watfordfc.

In your position as a defender, are they any opponents that you have come up against that have stood out in terms of talent and ability?

In the 2016/17 season I played for Watford at home to Manchester City, and even though I was not playing directly against him I would say Vincent Kompany.

The way he played in that match was another level, and it was amazing to watch and to see how he carried himself. He did not switch off even when they were winning by four or five goals, and we lost 5-0.

A player that I have directly come up against was Leroy Sane, and that season he was on fire. You could just tell physically how good he was.

He did not get on the ball much in that match but you could see his speed and his awareness. He had a great connection with David Silva and Kevin De Bruyne, and they did not even need to point, they knew where their runs would be.

Finally, Andrew, you spoke about Marti Cifuentes at Sandefjord, but are there other managers you have played under that have had a positive influence, or played a key role in your development as professional footballer?

Yes definitely there have been a few, certainly from when I was young.

Davis Hughes who is now a coach at Aston Villa. He pushed me really hard at youth level with the under 18s and gave me minutes and put his trust in me.

That also goes alongside Dave Reddington who is now assistant manager at Crystal Palace. He pushed me harder than any coach I had, and I would say he is the most influential manager I have had.

Walter Mazzarri put his trust in me with, having me involved in the first team. He did not speak great English but he gave you such confidence.

I remember a match against Liverpool he spoke to his defenders and described how Philippe Coutinho likes to attack. He called me over and told me: “listen you are good enough to play. I trust you so listen to these instructions carefully because you might be involved in the match.”

The trust and precise tactical stuff that he did in the training sessions really benefited me, and he changed the way I defended. I still use the methods he taught me as I find them really effective.