David N’Gog On PSG Past & Playing Alongside Steven Gerrard 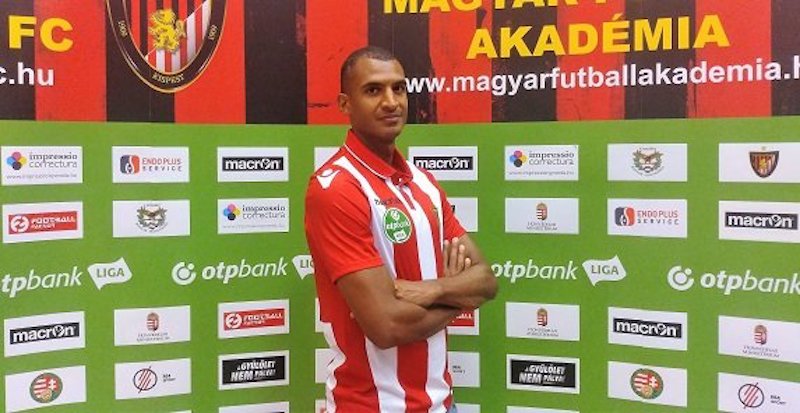 James Rowe interviewed Budapest Honved’s French striker David N’Gog. They spoke about adjusting to life in Hungary, his time at Paris Saint-Germain, and in England with Liverpool FC.

You signed for Budapest Honved in August 2018. How are you enjoying your time at the club so far and how would you describe the club?

My first impressions here at the club are good. Before arriving here I was in Scotland for six months after a long injury. After my contract finished at Ross County I was a free agent and Budapest Honved approached me and offered me a contract.

I am enjoying discovering a new country and a new club and things are going well so far.I am playing regularly and we are currently second in the championship.

The club has great facilities and I am enjoying living in Budapest. It’s a big city with lots to do and I like it.

You came through the youth team at Paris Saint-Germain and went on to spend two seasons in the first team. How do you look back on your time at the club and what were your highlights?

I also supported Paris Saint-Germain as a child and I was very proud to sign professionally for the club and play for the team.

It was not easy as it is a big club, but some of us made it through the youth academy.

It was not the PSG of today with the big names. I remember in my second season as a professional at the club we were fighting against relegation so things were different.

It was still a big club with a few international players in the squad, but as I say it was very different from the Paris Saint-Germain that you see today.

You went on to play three seasons for Liverpool FC in England (2008 – 2011). How do you look back on your time at the club and did you notice a big different between Ligue 1 and the Premier League?

I was very young when I moved to England to play for Liverpool and I had the goal of continuing to progress and become a better player and play with better players.

It was a really good experience. I noticed that even in training the intensity was really high and it was difficult at first, even the pace of the Premier League matches were very quick but I worked very hard to adapt to the style of play.

I remember all the derbies, playing at Anfield, and experiencing the atmosphere were fantastic memories.

You represented France at youth level throughout the age groups. How do you look back on your time representing your country and were there any players that made an impression or managers that stood out for you?

I started out playing at the first level of national youth football for France all the way until under-21 level, and I must mention my manager Luc Travers.

I think he is still involved in the French national team setup. He gave me a lot of confidence and I believe that I did well being part of a young French national youth team.

That in turn helped me at club level, because you gain even more experience which helps you to become even more important for your club when you are doing well for your national team — even at youth level.

I played alongside some great players: Morgan Schneidelin, Moussa Sissoko, Mamadou Sakho and also Gabriel Obertan who played for Manchester United was a very good friend of mine.

We had a lot of quality in those youth squads and you can see that due to how many of us became professional footballers. I really enjoyed my time in the French youth setup.

Could you say who are the best players you have played alongside in terms of talent and ability?

I have been fortunate to play with many good players so it is not easy. In terms of potential Gabriel Obertan was one of the best players I played with.

He was the type of player that could do everything. He could defend, attack, dribble, pass and shoot. He was a complete player and a good leader with a tough mentality.

I can imagine, David, that as a striker who has played at a high level both domestically and in Europe, there are opponents that you faced in your career that have made things difficult during matches.

I would say a player from my time in the Premier League, and that would be John Terry of Chelsea, because I think he was extremely talented as a defender. I did not play much against him but every time I did it was very difficult.

I would also say that in training Jamie Carragher was tough to play against. He was not the fastest or the most physical but he could read the game really well.

Finally David you mentioned Luc Travers at the French youth team, but are there other managers who have had a big influence on your career as a professional footballer?

I think that most of my coaches that made a difference were in the Paris Saint-Germain academy, because they help form your mentality on everything.

At a professional level I would say Rafa Benitez, because he took a risk to bring me to Liverpool when I was young and inexperienced at a high level, and he believed in me.

He has such knowledge having had a great career so far as a manager, and he helped me tactically to read the game and improve.

I believe one of the main qualities that Rafa Benitez has, and you can see that in all the the teams that he has managed, are his organisational skills. He is a master tactician who has his teams playing with a lot of intensity.