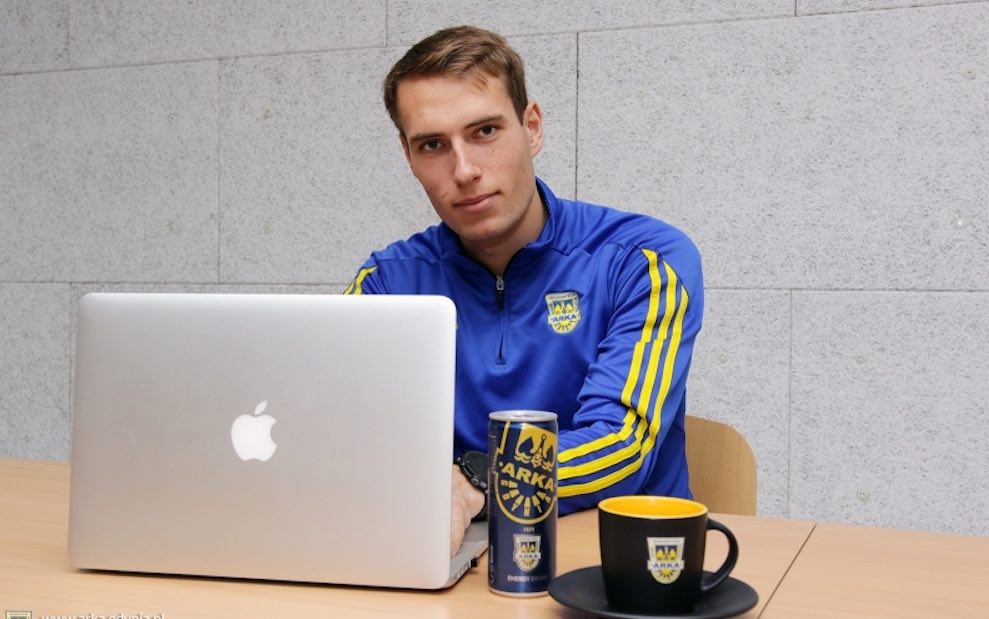 James Rowe interviewed Arka Gdynia’s Danish defender, Frederik Helstrup. They spoke about his time representing his country at youth level, playing for Helsingborgs IF in Sweden, his current club and the challenges he faces in the Polish Ekstraklasa.

You signed for Arka Gdynia in 2017. Are you enjoying your time at the club so far and how would you describe the club?

Yes I am enjoying my time at the club so far. In the beginning it was a new challenge for me to go to Poland and see what type of league it was. I have been here for a year and a half now.

I would describe Arka Gdynia as a club that look after their players and uphold good values. They believe in hard work in order to achieve results.

I would also say that it is like a family club where values are very important. They also want to take things step by step and build for the future.

They have not been in the Ekstraklasa very long but I believe that they will improve even more as the seasons go on.

You played two seasons for AC Horsens in your native Denmark. How do you look back on your time at the club?

I really enjoyed the challenge of playing for AC Horsens. It was the first time that I’d moved away from my parents, and I had to learn a lot of things when I moved there.

The managers that I had during my time there really helped me a lot, both on and off the pitch as I had to improve a lot when I first arrived at the club.

Their current manager, Bo Henriksen, taught me a lot, and when I think back it was a nice time. I learned at lot at AC Horsens.

You went on to play to Helsingborgs IF in Sweden. How do you look back on your adventure, playing your football abroad for the first time, and what were your highlights?

In our second season, although I acquired good leadership skills, we did not manage to stay in the Allsvenskan and were unfortunately relegated.

But I believe no matter where I go in my career I will remember my experience with Helsingborgs and focus only on the good points during my time at the club.

You have represented Denmark at under-18, under-19, and under-20 level. What are your memories and highlights of representing your country?

My debut against France at under-18 level remains very special, and we played against a very strong opponent.

You see how that French squad have gone on to become really good players and play for big clubs.

Another highlight was when we played against England at under-19 level in a friendly and we opened the Amex Stadium at Brighton. That was a great experience because the atmosphere was fantastic although we lost the match 1-0.

You have a good career so far playing in different countries. Are there any teammates that you have played alongside that standout in terms of talent and ability?

I have played with a lot of good players so far in my career, players that have gone on to play in big European leagues and who have developed really well.

Another player I played with when I was playing for Lyngby BK in Denmark was Christian Norgaard, who was also very talented. He went on to play for Hamburger SV in Germany.

I have been fortunate to play with many players who have gone on to play for their national teams during their career too.

First up is Frederik Helstrup: a Danish CB playing for Arka Gdynia in Poland. The former under 20 is technically gifted with the ability to use either feet and has a nice range of passing suiting Brentford nicely. Composed on the ball and also solid in the air.
Market Value: 400k pic.twitter.com/iGHsUGBB4t

As you are a defender, are there opponents you have faced during your career so far that have been a real test?

When we played against England in the match that I mentioned there were some really good players. Current

Chelsea FC midfielder Ross Barkley was very impressive. He provided something different and he is also playing well for Chelsea FC lately too.

Also, Harry Kane, who was still somewhat unknown when he played in that match, but he has really developed in many things and is now one of the best strikers in the world.

I appreciate when I reflect on playing in such matches and facing such opponents.

Finally Frederik you spoke about your managers at AC Horsens during this interview. Are there any particular managers who have influenced your career so far in terms of your development as a professional footballer?

I would say that in general all the managers I have played under have taught me something, both in terms of football and even how to be professional as a footballer off the pitch.

I have learned something from all my managers so far in my career.

I must say that in Sweden I played under Henrik Larsson at Helsingborgs, and he really taught me a lot. He gave me a chance and also the confidence I needed at that time in my career.

He was a really good manager for me. He also had an amazing career as a player for Celtic, FC Barcelona and Feyenoord.