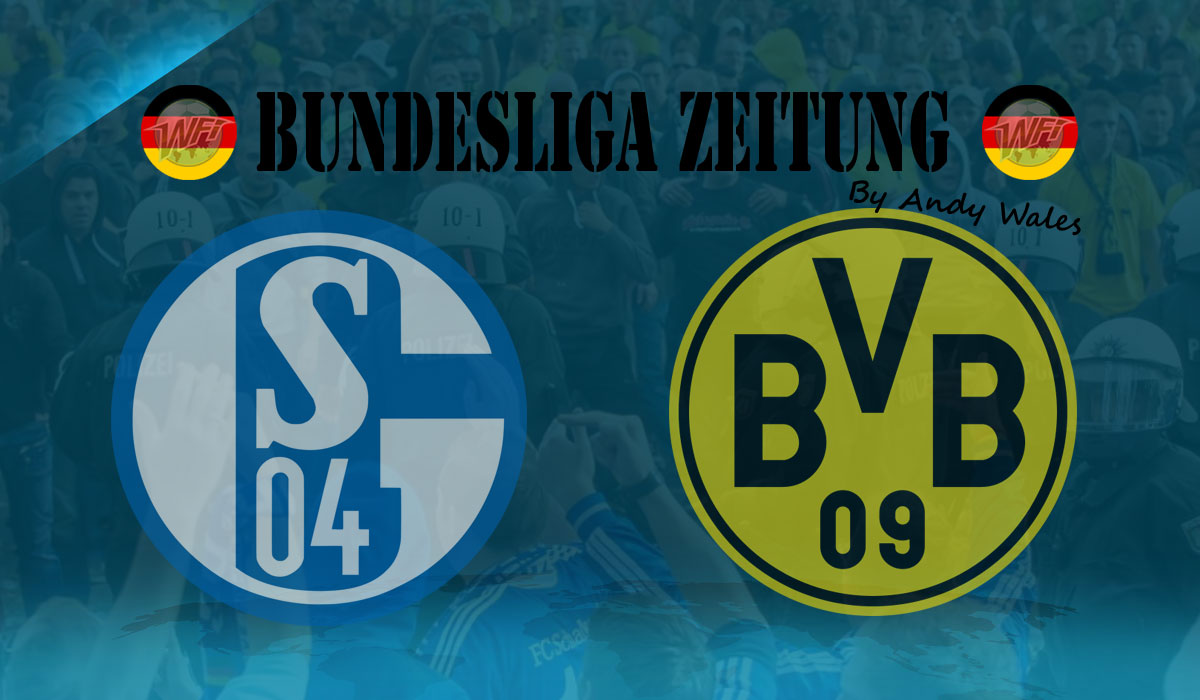 In towns and cities all over Germany the Weihnachtsmarkts (Christmas markets) are in full swing; something you must experience if you get the chance.

Much like the football, Christmas is less commercialised in Germany and the atmosphere is to be enjoyed.

In the Nordrhein Westfalen (North Rhine Westphalia) region of Germany where I lived, there was a tradition that involved children leaving an empty boot out on the night of 5th December. This boot is magically filled with sweets and chocolate to celebrate Sankt Nikolas (Saint Nicholas) day on 6th December.

However, the season of goodwill and generosity will be suspended for 90 minutes this Saturday in Gelsenkirchen as we look ahead to the 93rd Bundesliga Revierderby.

Schalke play host to their biggest rivals Borussia Dortmund, as the two powerhouses of the Ruhr region go head-to-head in a battle with a very different dynamic to their last encounter back in April.

At that time, Schalke were looking strong, solid and confident, sitting second in the table with Domenico Tedesco riding high in his debut year as coach.

In contrast, Dortmund had already parted company with coach Peter Bosz and interim replacement Peter Stöger was hardly pulling up any trees. Dortmund were generally picking up results, but the pattern of play was disjointed and not of the style the Dortmund fans had been accustomed to seeing.

That game ended in a comfortable 2-0 win for Schalke after a rather meek performance from Dortmund that infuriated their fans.

Fast forward to this season and both teams have moved in different directions. For the home side, that defensive solidity has often been lacking and Tedesco has had new challenges to face.

Balancing a Champions League campaign with domestic football has been something new in itself, as well as Bundesliga sides being more prepared for Schalke’s tactical set up.

Despite a less than auspicious start to their Bundesliga season, Schalke have ensured qualification to the knock-out stages in their return to the Champions League. This has been a real positive for Tedesco, in what has been a tough learning curve of how to deal with the increased demand on his squad and expectation levels from fans and observers.

That poor start to their Bundesliga season has began to pick up of late, though still not at the levels of last season. This past weekend Tedesco faced his friend Julian Nagelsmann in a game that ended in stalemate, although a draw away at Hoffenheim is not a bad result.

For Dortmund and Lucien Favre, it has been a season of positivity; both in terms of results and style of play. A fresh and largely youthful squad has played invigorating football, with some of the promising young players showcasing their talents.

Jadon Sancho has been exhilarating at times, but the experienced Marco Reus and Axel Witsel have been equally impressive. Add to that the vital cameos and goals from Paco Alcacer, the growing assurance of Manuel Akanji and the rediscovery of confidence for Roman Bürki and Dortmund are much more than a team dependent on one or two players.

Favre’s ability to improve teams he takes over and his tactical nous have helped revitalise things at the Westfalen, bringing their fans a feel-good factor and level of optimism they’ve not felt in years.

Along the way, they too have confirmed progression to the knock-out stages of the Champions League which, like their Bundesliga campaign, is in stark contrast to last year.

For them this past weekend, it was a hard fought 2-0 victory over Freiburg, courtesy of a goal shortly before half-time from Reus and sealed in injury time by Alcacer. The win maintained their command at the top of the table, which is now seven points after second placed Borussia Mönchengladbach last 2-0 at RB Leipzig, thanks to a couple of Timo Werner goals.

Dortmund’s unbeaten start to the campaign now stretches an impressive thirteen games, so, whatever the result this weekend, they are almost certain to be crowned Herbstmeister – the name given to the team top of the Bundesliga at the winter break; despite the break coming in winter and not in autumn (Herbst in German).

In theory, this could mean there is less pressure on the visitors and less necessity for them to win, meaning they can play with freedom at the Veltins Arena. Meanwhile, the hosts need the win if they are to close the gap on the teams ahead of them and even have a chance of playing European football again next season.

In reality, it’s a local derby that is as intense as any around Europe, irrespective of league standings. Perhaps Dortmund do have more margin for error, but that is unlikely to influence proceedings and we can expect an intriguing match between two tactically keen coaches.

When you consider Schalke have not been as defensively sound this season and Dortmund have developed a penchant for drama, this Saturday could very well be a Revierderby to remember.