The Art Of Defending: How Football’s Unsung Heroes Battle Against The Odds 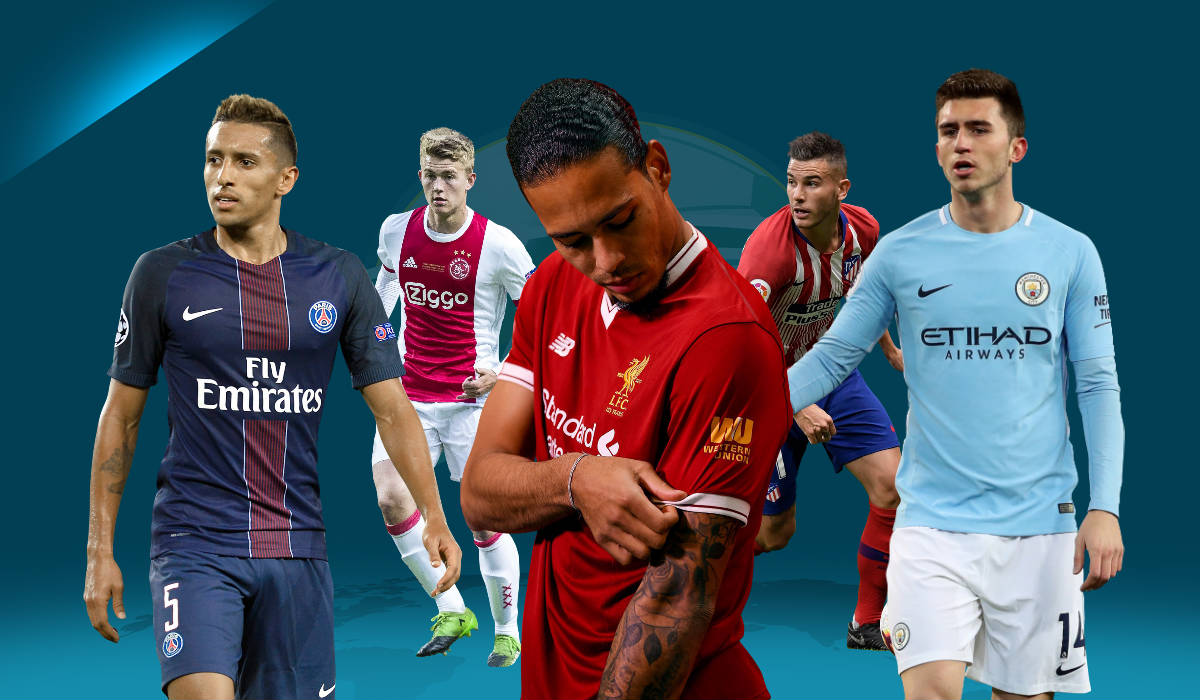 When Fabio Cannavaro won the Ballon d’Or in 2006, he became the only defender to do so since Matthias Sammer ten years earlier.

Since Sammer’s win in 1996 Cannavaro, Paolo Maldini, and Roberto Carlos are the only defenders to appear in the final three, and no defender has been among the top three since Cannavaro’s win over 12 years ago.

Considering everything defenders are up against in the modern game, not least some of the best attackers and attacking managers the sport has ever seen, maybe it’s time to reassess how they are judged and what constitutes good or great when it comes to these players.

The smallest hint of individual recognition is difficult to achieve for those playing in defensive positions.

Even the best defenders around, such as Marquinhos and Virgil van Dijk, will be criticised for an isolated mistake much more than they will be praised for an instance of impressive defending.

So-called defensive midfielder N’Golo Kanté has come in for plenty of praise despite a patchy World Cup, but although he’s sometimes considered a defensive player he’s more of an all-rounder, and in his position a failed tackle, missed interception, or poor positional play might not be noticed.

In the last line of defence, the slightest error is magnified, even more so with goalkeepers, but for outfield players, the art of defending has become increasingly difficult.

A clampdown on overly physical play, the introduction of VAR, and the distortion of the law which deals with handling the ball all add to their troubles.

The difficulty defenders face can be summed up by the fact that in a one on one, even if the two players are at a similar level, it’s much easier for the attacker than it is for the defender.

Even someone as predictable as Arjen Robben is difficult to defend against. Despite the defender having a good idea about what he will do, only Robben knows when he will do it.

From Garrancha to Robben, defenders have been troubled by tricky but supposedly predictable wingers, so those who do manage to stop these types of players, even if only occasionally, should be more celebrated.

The attacker knows what they want to do before the defender, so they already have the advantage. The defender is taking many things into consideration to try to predict what the attacker will do and then react to it.

Opponents come in all shapes and sizes, so not only do defenders need to be able to deal with the quickest and most skilful wingers, but also with the strength, touch, and aerial ability of robust centre forwards.

The best defenders usually need to call on years of experience of dealing with attackers in training and in matches. This is why it can be difficult for young centre backs to break through at the top level, but also why U23 talents such as Matthijs de Ligt, Lucas Hernandez, Eder Militão, and Joe Gomez should perhaps be praised even more than they already are.

Defenders usually need experience in order to be able to second guess what an attacker will do based on a few clues.

Are there any signs that the attacker is feigning to go one way, but will actually go the other?

Despite having passed the ball on all of their most recent attacks, is this going to be the occasion when the attacker decides to dribble?

A defender can prepare with the help of coaches and analysts. They can learn an opponent’s habits and by knowing their stronger foot, how often they use it, and how effective their weaker foot is, they can then make positional decisions based on this.

They can also position themselves, usually side on, in a way which gives them time to react to what the opponent does. Let them make the decision, then respond to it, but even then the best attackers can make a number of pre-learned decisions in seconds to fool a defender.

The Art of Deception

The art of deception is one of the biggest weapons in football. If these skills are performed convincingly enough they can fool even the best defenders.

The greatest attackers are also very good actors, and that’s before you get to diving and simulation which is now also part of the game.

The Art of Defending

Defenders themselves can be assisted by a team’s shape and tactics.

It’s now more common that defending involves the whole team rather than the individuals in the back four, but that doesn’t take away from the fact that there is a still a last line of defence on whom the spotlight falls when a goal is scored.

As is the case with the earlier Kanté example, few will notice if Edinson Cavani or Roberto Firmino fail with their defensive duties, but most will notice if Marquinhos or Van Dijk are unable to perform theirs.

In a more defensive-minded team, it can be said that the centre backs have easier jobs, but there is a reason sides such as Atlético Madrid stick with the likes of Diego Godin rather than replacing him with a cheaper alternative — they are simply good defenders, and the fact Godin plays in a defensive system should not take away from how good he is and has been.

Defenders in attacking sides deserve just as much credit even though they might make more mistakes.

They can be exposed by high defensive lines, and when the opponent evades the press through midfield they have to be quick, strong, intelligent, positionally sound, and able to anticipate the actions of multiple opponents who have managed to break through.

This is why Van Dijk’s performances this season should be lauded despite the occasional error. That these errors are so rare shows how good he’s been in what can be a very attacking lineup, even though Liverpool do share the defensive work around the team.

🥇 Also says the Reds stopper should be Player of the Year…#LFC https://t.co/8II0xQt59e

At this time of the season, there is a lot of focus on individual awards, and Van Dijk’s name was regularly mentioned as someone who could be in line for one. That was until he made one mistake against Fulham and tumbled down the rankings, being replaced by attackers such as Raheem Sterling and Sadio Mané.

The last defender to win the PFA Players’ Player of the Year award was John Terry in 2005, who was the first to do so since Paul McGrath in 1993.

If Liverpool top the Premier League at the end of the season, Van Dijk should be a shoo-in for individual awards. He’s been the leader and defensive rock in a team which has conceded just eighteen goals so far this season.

And even if Manchester City win, as expected, then he should still be in the conversation alongside the likes of Sterling, Bernardo Silva, Sergio Agüero, and another excellent, underrated defender, Aymeric Laporte.

But it feels like Van Dijk and Laporte would have to do something superhuman to be recognised in such a manner.

Even though individual awards are flawed in a team sport, it is surely time for more defenders to be at least in the conversation, and not lambasted for one isolated error after a season of high-quality defensive play against all the odds.