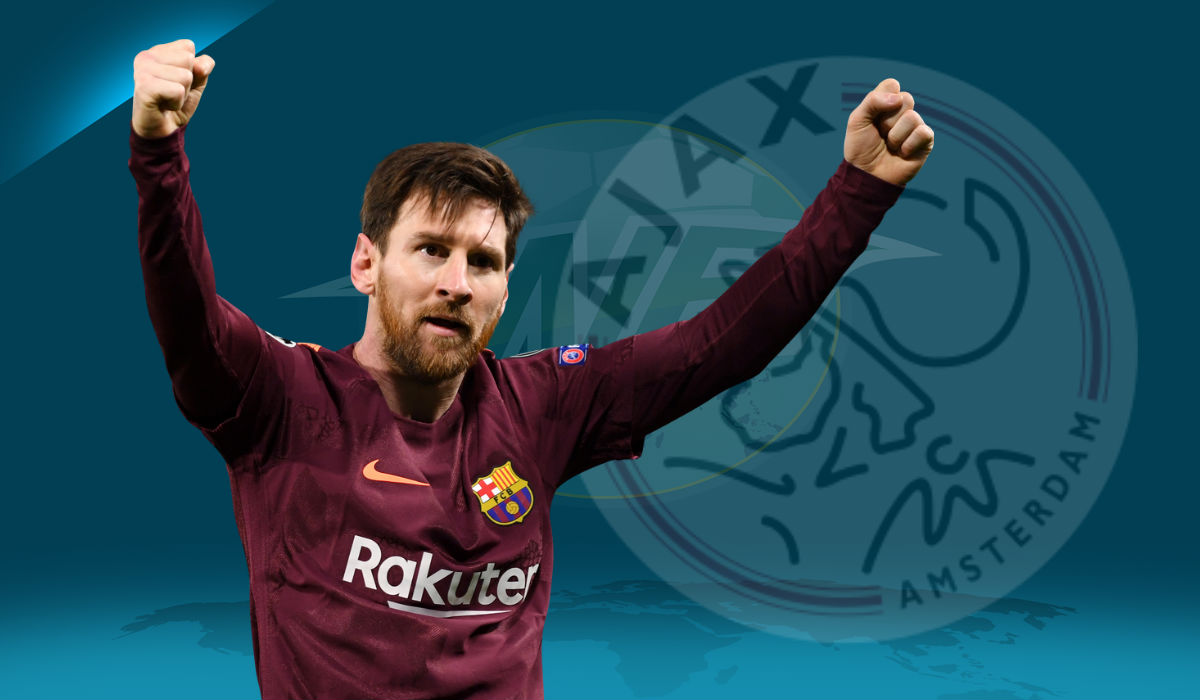 With his 13th touch of the ball, in the 16th minute, Lionel Messi put this tie to bed.

With his 16th touch, in the 20th minute, David de Gea gifted him a second, a right-footed goal to add to his collection, and it was a training session from then on.

Messi’s luck is earned. Numerous moments of genius result in a shot hitting the bar and bouncing clear, or a team-mate fluffing their lines at the end of a mazy dribble, but once in a while a bog-standard piece of play will result in a goal due to an opposition error, and balance is restored.

De Gea paused, prone on the Camp Nou turf where he had just let a fairly weak shot squirm under his body, but Barcelona celebrated.

They were all but in the semi-finals of the Champions League, a stage they haven’t reached since they won the competition in Berlin, 2015, where they defeated Juventus 3-1 under the guidance of Luis Enrique.

Ernesto Valverde’s Barcelona feel slightly different, but at times no less effective. Valverde’s Messi feels like the best Messi, perhaps because it’s the most recent Messi, fresh in the memory, but this feels like the beginning of something rather than the end.

His first goal, nutmegging Fred as if he was Fred from Beswick rather than Frederico Rodrigues de Paula Santo from Belo Horizonte, skipping past a couple of others and placing his left-footed shot past a De Gea who could not be blamed for this one.

Had it been any other player it would have been spoken of as goal of the tournament contender. But it was merely standard Messi.

The next Messi moment: turning the bandaged head of Phil Jones on the half way line before beating him again, and again, causing twisted bandage before sending a pass out to Jordi Alba, that familiar sight down the left.

This time De Gea produced an unbelievable save from Sergi Roberto after Alba’s cross. Magic, but nothing to show for it on the scoreboard.

So many of Messi’s best moments aren’t goals or assists, but they are still moments those watching will remember long after the final score has gone down in the record books.

Philippe Coutinho got in on the act with a goal to rival Messi’s first. It was a great moment for the Brazilian who has occasionally struggled for form and regularly struggled for acceptance since his move to Barcelona.

The home side then went into rest mode. Sergi Roberto, Arthur, and Coutinho were withdrawn, replaced by Nélson Semedo, Arturo Vidal, and Ousmane Dembélé. Messi remained on the pitch, the master of resting within games.

Marc-André ter Stegen was given a chance to show his own quality. Expert positioning, quick reactions, and a strong left hand came together to deny Alexis Sánchez.

It was fitting that over in Turin Ajax were playing like Barcelona, just as Barcelona once played like Ajax. The young Dutch side seeing off a Juventus side built for the Champions League, but knocked down by a side built for football.

The last time Ajax were in a Champions League semifinal was in 1997. Club captain Matthijs de Ligt wasn’t even born. Neither was Frenkie de Jong.

Yet they’ve been taught to respect a club philosophy which has helped Ajax make history once again. pic.twitter.com/DFHtqgPHk2

The Ajax way of Johan Cruyff, passed on to Pep Guardiola and ingrained in Barcelona, allow Messi to do what he does. It allows him to flourish within a possession based system which makes sure he regularly has the ball and can regularly perform.

There’s the possibility the two sides could meet in the final but it will take some doing on both counts. Barcelona have showed weakness on this run with Manchester United creating two big chances early in this game which they couldn’t take, but better sides will.

And Ajax reaching the final would be as significant as their European Cup wins of the 1970s, such has been the change in the football landscape during the Champions League era. Their progress to the semi-finals might have already matched those wins in the 70s and their victory against Milan in the 1995 final.

This team will be broken up at the end of this season, but it will take its place alongside those generation defining Ajax teams which produce the world’s best players for teams like Barcelona to buy.

One of them, Frenkie de Jong, has already agreed to join Messi et al next season, and the midfielder may be surprised to find the Argentine regularly alongside him in midfield rather than in front of him.

Messi’s evolution is reaching one of its most exciting phases, and where better to showcase it than the European Cup, and with who better to share the limelight than AFC Ajax. 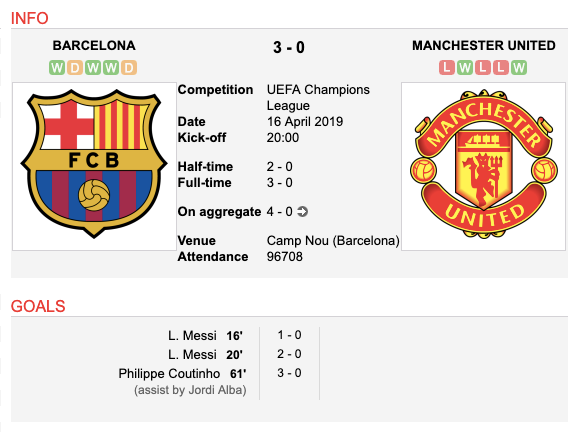 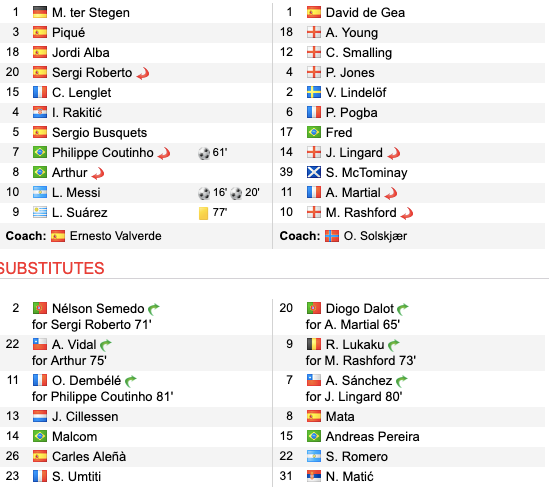