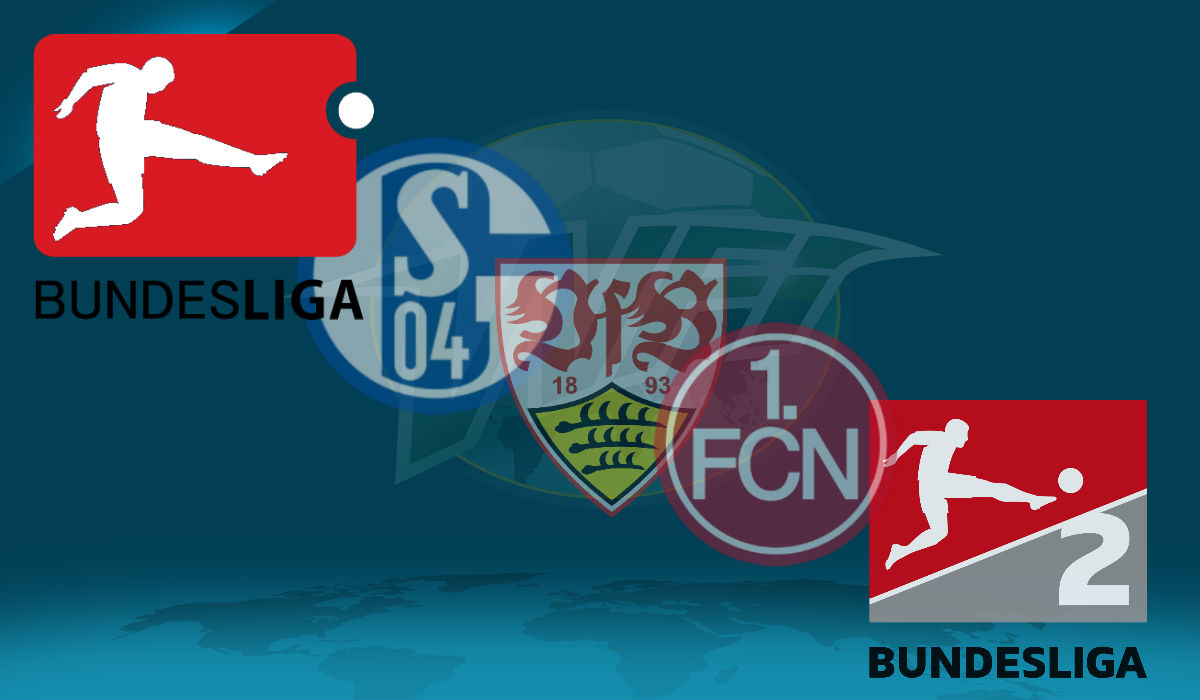 Naturally, the main focus this season has been on Bayern München, Borussia Dortmund, and the destination of the Bundesliga title.

Behind them, the race for the various European spots has also attracted a lot of attention and is a race that is likely to go down to the wire.

However, at the other end of the table there’s another battle going on which is just as intense and just as intriguing.

A few weeks ago, it seemed Hannover and Nürnberg were both gone and it was only a matter of who finishes in that relegation play-off spot.

While Hannover do look doomed at the foot of the table, a win over Augsburg and a draw with Stuttgart gave Nürnberg a glimmer of hope.

Interim boss Huub Stevens has yet to reverse the fortunes of the Royal Blues, but this was a game seen as an opportunity to get a much-needed win.

For Nürnberg, it was seen as a chance to inflict further damage upon their more illustrious opponents, especially given a recent up-turn in form.

As it turned out, it was more of the latter, with Nürnberg showing positive intentions and, for the most part, putting Schalke to the sword. The hosts had a fantastic opportunity to take the lead just before half-time, but Matheus Pereira’s penalty was saved by Alexander Nübel after the keeper had conceded the spot kick.

The second half was mostly more of the same with a disjointed Schalke clearly devoid of any confidence and lacking in rhythm. They were looking increasingly desperate to cling on and struggled to even mount any threat on the counter.

A late goal from Yuya Kubo was the least that Nürnberg deserved. You’d be forgiven for thinking, at that point, that it would be enough to decide this contest. However, to their credit, Schalke responded very well and snatched an equaliser just a few minutes later.

A win for Nürnberg would have given them the belief they can escape the drop, and for Schalke it would have virtually sealed their safety.

A point for both is better than nothing and could yet prove to be important, with the fortunes of Stuttgart linked to both clubs.

• Bayern stay a point clear of Dortmund at the top.
• Defeat for Frankfurt allows Gladbach to close to within a point in the race for 4th.
• Nürnberg narrow the gap to Stuttgart in the relegation play-off spot to 3 points. pic.twitter.com/BgwnUNP9vc

And so, on to Saturday afternoon, and the aforementioned Stuttgart at home to Bayer Leverkusen.

A month ago, this game would have been a formality as Leverkusen were riding high and impressing all and sundry with their free-flowing attacking football. But in recent weeks things have changed for Leverkusen and Peter Bosz.

Having lost each of the three Bundesliga games going into this match, questions were beginning to be asked of Bosz; namely, was his Dortmund tenure repeating itself at Leverkusen?

Those defeats have snuffed out the faint hope of a Champions League spot, but Europa League football remains a possibility.

For Stuttgart, survival is the only item on the agenda. A run of just one win since the winter break has seen Die Schwabens rooted in the relegation play-off position and facing the possibility that Nürnberg might even overtake them.

During the week, Sven Mislintat was announced as Stuttgart’s new Sporting Director after leaving his role at Arsenal a few months ago.

The former Borussia Dortmund chief scout has a job on his hands to build for the future, but the immediate concern for everyone at the club must be maintaining their Bundesliga status.

A largely scrappy game produced little evidence that Stuttgart can or will escape their current predicament. For Leverkusen, it was arguably the perfect opponent to halt their recent slide and recover some confidence, and they looked the more likely of the two to threaten the score line.

With half-time looming, a close-range strike from Kevin Volland was instinctively saved by Ron-Robert Zieler.

The second half continued in a similar vein until a visibly hyped-up Gonzalo Castro foolishly fouled Volland just inside the box. It was an unnecessary foul from the experienced Castro and one which provided the visitors with the ideal opportunity to take a deserved lead.

The responsibility to take the penalty rested on the shoulders on Kai Havertz. At just 19 years old, he was making his 100th competitive appearance for Leverkusen and he duly tucked it away like a veteran, notching his 13th Bundesliga goal of the season; all from midfield. It’s little wonder he’s one of the hottest properties in Europe.

In his 100th appearance for the Werkself, Kai Havertz is your Man of the Match!#VFBB04 | 0-1 pic.twitter.com/Tq3DTnf95P

Stuttgart offered little in response and the game petered out with a second Leverkusen goal looking more likely than an equaliser.

In the closing moments, there was a straight red card for Santiago Ascasibar, who allegedly spat on Havertz, to further compound the hosts’ misery.

Coach Markus Weinzierl looked forlorn on the sideline, but he’s going to have to find something fast if they are to have any hope of closing the six point gap to Schalke. A surprise Augsburg win at Frankfurt on Sunday evening saw them move a point in front of Schalke.

When you also consider that Stuttgart’s goal difference is vastly inferior to Schalke and Augsburg, the reality is that Stuttgart should be more concerned with Nürnberg just three points behind them and closing in, than the two clubs ahead of them.

In addition to a title race, we’ve very much got an intriguing relegation battle on our hands as this Bundesliga season reaches its climax.