Arnold Origi On African Football, Kenya, And A Captain’s Role In Helsinki 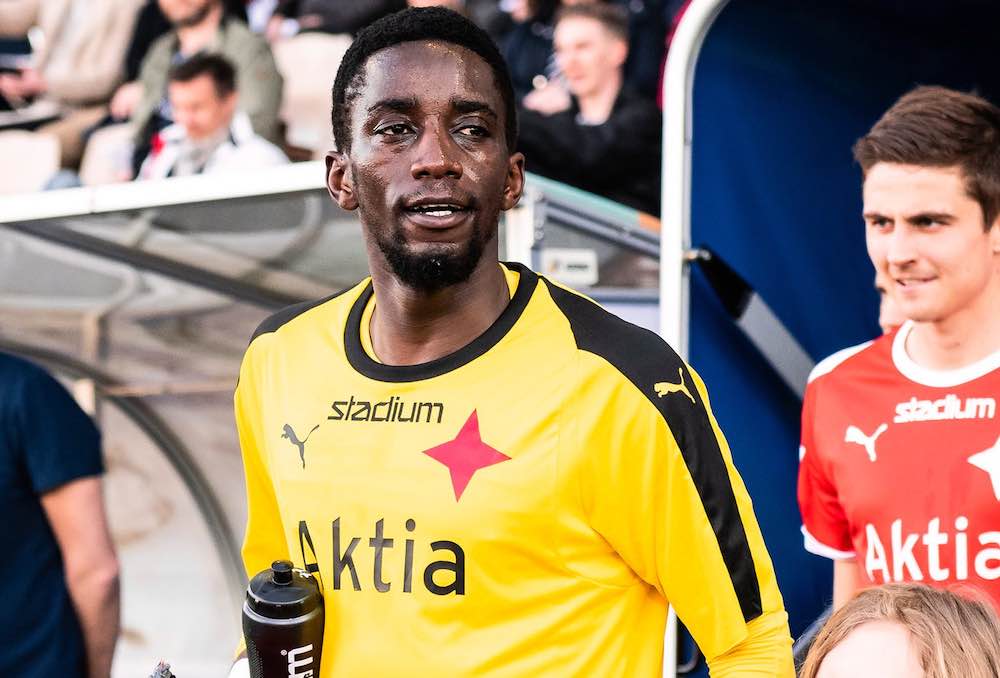 James Rowe spoke to HIFK goalkeeper Arnold Origi exclusively for WFi. They discussed his time with the Kenya national team, and the difference between European and African football ahead of this summer’s Africa Cup of Nations.

You signed for Helsinki based side HIFK earlier this year. How are you enjoying your time there so far and how would you describe the club?

My time at HIFK Helsinki has been amazing.

The club being based in the capital city of Finland has a lot of potential. I have also been rewarded with being one of the captains and it is a responsibility I relish.

With my experience and where I have played before, I am one of the players that my teammates look up to and the supporters and journalists treat me with respect.

I am also enjoying the challenge of playing for the club because it puts pressure on you to give your best in training and competitive matches. I have been performing well and we want to achieve good things as a squad and a club. It is so far so good.

You had a four year spell with Lillestrom SK in Norway. How do you look back on your time at the club and what were your highlights?

I really enjoyed my time at Lillestrom and my highlight was most definitely winning the Norwegian Cup in 2017.

During that season I was also nominated as one of the best goalkeepers in the league, and the Lillestrom supporters’ player of the year, so those were nice personal achievements. But to win my first medal as a professional was very special for me.

You were also capped many times by Kenya as an international player. How do you look back on your time representing Kenya, and what are your highlights of playing international football?

For every professional player it is a dream to play for your country, and the feeling it gives you is difficult to describe.

I would have liked to have played in one of the major tournaments, but I am proud of my performances particularly my international debut against Ghana.

I managed to put in a man of the match performance, and I remember the manager Mohammed Kheri saying that now the country has a number one goalkeeper for the next 10 years. That is how it pretty much turned out so I am very proud of that.

Do you notice a clear difference between African football and European football?

Yes, in Africa we have to deal with the heat and in Europe there is a lot more professionalism and intensity.

The tactical aspect in Europe is also at a very high level.

Football in Africa is definitely rising and improving each and every year. The African confederation is now involving former legends such as Samuel Eto’o and El Hadji Diouf, who played in Europe.

They are becoming involved in the African game and I am confident that in the next few years that African football will rise even more.

I would not be surprised if you see an African team lifting the World Cup because we are now implementing similar things to European teams, with former players being involved with the day to day running of the clubs, and the African federation.

These are legends that have achieved big things in Europe. Samuel Eto’o for example has won everything, and if he can share his experiences here in Africa at club and confederation level, it can help us even more in the future.

The feeling never gets old. 2 out of 2 so far in the season ✋🏿⛔️❌#Greatfull 🙏🏿
🎥 @Ruutufi pic.twitter.com/TlOWCPYIGv

With your experience at club and international level, you will have played alongside many good players. Could you say who were the best?

At club level I have been fortunate to play behind many good defenders, and as a goalkeeper we always defend as a collective unit.

In the Kenyan national team I played with Victor Wanyama, who currently plays for Tottenham Hotspur.

At club level I would have to say Frode Kippe — we played together at Lillestrom and he also had spells in England with Liverpool and Stoke City.

I can imagine in your position as a goalkeeper that you have come up against many good opponents in your career. Are there any that stand out for you?

At international level most definitely, but there are also good players playing in Europe.

When I made my debut for Kenya, Asamoah Gyan was playing for Ghana and he was in his prime in Europe at the time.

My first impressions were ‘wow, what a striker’. The way he timed his runs, the way he anticipated balls coming into the box, and how effective he was. So he stands out in that respect.

I came up against many good players from Nigeria, Tunisia, and the Hadji brothers when they represented Morocco.

Finally, Arnold, you already mentioned Mohammed Kheri as Kenyan national team manager, but could you say which coaches and managers played a key role in your development as a professional footballer?

Yes Mohammed Kheri was key as he gave me my international debut for Kenya. The way that he looked after me and told me I had the quality to perform at international level really helped to give me the motivation and drive to perform the way I did.

It elevated me to reach the level that I did so he stands out for me in that respect.

I must also mention my goalkeeping coach at Lillestrom, Rolf Høgmo. He completely changed the way I thought about goalkeeping and the art of being a goalkeeper, so I credit him with that.