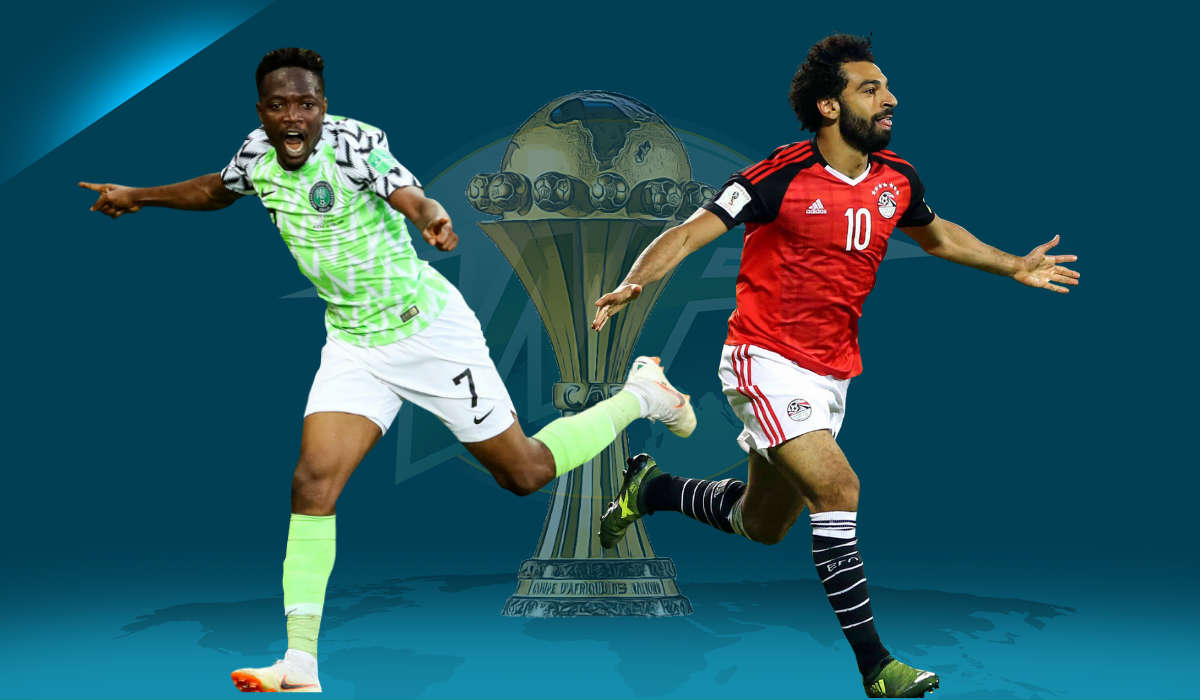 Bored with the Copa America already? Stars of the U21 Euros overhyped?

Here’s AFCON to save the day.

Like its South American equivalent, the Africa Cup of Nations can be unpredictable and the entertainment can come when you least expect it.

That’s thanks in part to the array of talented footballers on show, and a diverse group of head coaches who all have their favoured styles.

These styles are often based around star players, and here are some of the names to look out for when the tournament kicks off this week.

Beginning with the most obvious name, Salah is the reigning African Footballer of the Year having won the award twice in the past two years

Fresh from his Champions League win with Liverpool, he’ll want to add international honours to his achievements with the tournament hosts.

If anyone is capable of dragging a team through a tournament single-handedly, it’s the Egyptian king, who on his day is unstoppable, pacy, and a good finisher.

Salah will have competition this year when it comes to individual honours, as his Liverpool team-mate has also turned in performances of the highest quality during the 2018/19 season.

At club level they have helped each other, but there’s every chance they could meet head-to head in the latter stages of this tournament.

Mane has improved greatly under Jurgen Klopp at Liverpool, especially when it comes to goal scoring, and the pacy all-round winger/striker could take this form onto the international stage.

Unless you’re a regular viewer of the Saudi Arabian league, then the only time you get to see Musa is at international competitions, and it can be a treat.

Catch him while you can. Many defenders can’t.

Pépé has been making headlines this summer already, having been linked to a number Europe’s top clubs.

The Lille winger now has the chance to live up to all this hype by helping Ivory Coast achieve success in a tournament they are among the favourites to win.

The 24-year-old was born in France but chose to represent the country of his parents, luckily for Les Éléphants.

The Ajax man scored a goal in each leg of their memorable win against Real Madrid in the last 16 of the Champions League last season as the Dutch champions made it all the way to the semi-finals.

A creator and a goalscorer, he racked up 16 goals and 13 assists in the Eredivisie during the previous campaign, and will now be looking to contribute to more goals for this talented Morocco side.

The winger has more international caps than he does appearances for his club, Everton.

He’s spent the previous two seasons on loan from the Premier League side scoring nine goals in 19 league matches for Anderlecht in 2017/18, and 14 in 31 for Galatasaray last season.

He’s a pacy, tricky wide forward who likes to cut in from the left, and a starring role could help him secure a work permit to play in England. But a permanent move to Galatasaray seems more likely at the moment, and he’s also been linked with Bayern Munich.

A standout player for Empoli in Serie A last season, the tenacious creative midfielder might not get into the team straight away, but coach Djamel Belmadi would do well to include him sooner rather than later.

The former Arsenal youth has been linked with a move away from Empoli thanks to his recent performances, during which he displayed a range of passing to go with good technique and vision. He’s also adept at winning the ball back from the opposition.

Fresh from being one of the standout players at the 2019 U-20 World Cup, Koïta is doubling up and will take his place in the senior side for the tournament in Egypt.

An inventive forward who’s able to play across the front three, he’s likely to have fewer chances here than he did at U-20 level, but watch out for him if he does get to make an appearance.

Mali have an intriguing group of players and should progress from their group, which will hopefully give us chance to see the 19-year-old in action before the tournament is over.

Sékou Koïta is really good. Equalises for #Mali vs France with a rocket off his left boot. His second of the tournament, and the first conceded by France 🇲🇱⚽️ #U20WC pic.twitter.com/eEOAOZ438g

From a teenager to a more experienced campaigner, and one who could have been a much more successful and celebrated player were it not for unfortunate injuries.

But Kwadwo has kept going, and last season made over 30 league appearances for the first time since the 2014, so is going into this tournament on a high.

The Milan man can play numerous positions, and his experience will be vital to the Black Stars.

The second Ajax player on this list, and though his primary job is to keep goals out, he is also adept at starting attacking moves.

His style has attracted interest from some of the biggest clubs in Europe, but it also helped Ajax to league and cup success last season, and he also played a part in their Champions League progress.

One of the best defenders in the world. The Napoli man is part of a centre-back renaissance which has seen stoppers such as himself and Virgil van Dijk be recognised at the top of the sport alongside the usual attacking stars.

A strong performance here could see him high on the list of the best players in the world at the end of 2019, and his presence at the back is one of the reasons Senegal are among the favourites to lift the trophy.