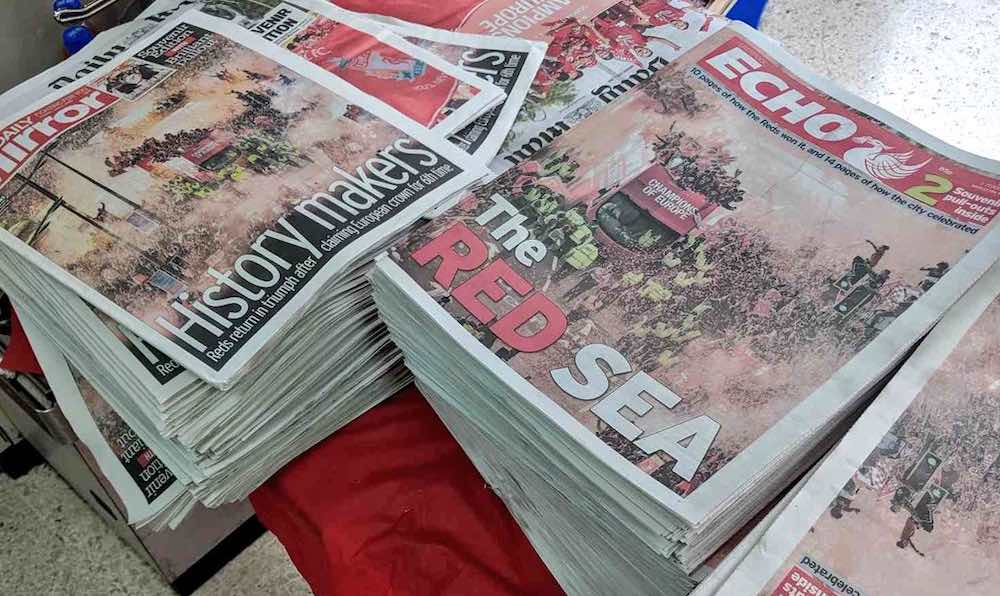 Jurgen Klopp’s Liverpool were the team that entertain everyone but win nothing. Were. For one night only they entertained no one but their own, but won a trophy which means everything to the club and its supporters.

It showed that football’s entertainment can lie not only in the game itself, whether that be its intricacies or its simplicity, but also in the moments it produces.

For the Liverpool fans this was final was made all the more entertaining thanks to Divock Origi. Mohamed Salah’s penalty won the cup, but Origi’s left-footed sweep into the bottom corner won the game and sparked celebrations which will last for some time.

It provided the moment which meant much of the rest of the game didn’t really matter.

It was pointed out before the final that this wasn’t the all-English affair it had been billed as due to the amount of non-English players in the lineups, and the German and Argentinian in the dugouts.

Aside from any judgements on the English game or otherwise, it was Liverpool’s sixth European Cup win and Tottenham’s first European Cup final.

Both sets of fans enjoyed it for those reasons. They know their respective sides are capable of different, perhaps better football, but this was an occasion for them to enjoy regardless of the type of football on show.

Now this Liverpool side can no longer be criticised for not being able to win ugly, and Klopp may now get fewer questions about his record in finals. Tottenham showed that they can be a force in Europe and not merely qualify for the competition.

Liverpool and Tottenham fans enjoying themselves together in Madrid this afternoon. #LFC #THFC 👏 pic.twitter.com/5iSIZK7OQA

Klopp’s side completed just 63 percent of their passes against Spurs, won two take-ons, and had just three shots on target. But the only shots which mattered were Salah’s and Origi’s.

It’s not that long ago that Liverpool weren’t part of the Champions League picture at all. Qualification for Europe’s biggest and most prestigious competition was the aim, and one they rarely achieved.

Between the 2010/11 and 2016/17 seasons the club participated in the Champions League just once, and even then Liverpool performed so poorly in the competition that it felt like they didn’t belong there.

“Liverpool without European football is like a banquet without wine,” Roy Evans once said, but during this period of their history they were nowhere near Europe’s top table, and felt out of place on the one occasion they did find themselves drinking from it.

Enter Klopp and a new mentality instilled in the club from top to bottom, one which is most visibly apparent among the playing and coaching staff, but also exists behind the scenes.

A mindset which embraces data and embraces people. Numbers can find you a decent footballer, but Klopp’s “mentality giants” are a rare breed and need to be scouted as people as well as footballers.

Klopp has also instilled this fearlessness into the Liverpool fans. “We have to change from doubters into believers,” he said on joining the club, and the transformation is now complete and was most evident in that semi-final second leg against Barcelona.

It could be said that Liverpool won the Champions League there and then at Anfield, given the way they turned the final into less of a spectacle and more the tying up of loose ends on their way to lifting the trophy.

There’s a pleasing irony that these finals are organised with fans as an afterthought, but the only people who will have enjoyed it were the fans. It wasn’t one for the neutral, so maybe next time make finals about supporters of the two sides, and it might be a better spectacle for it.