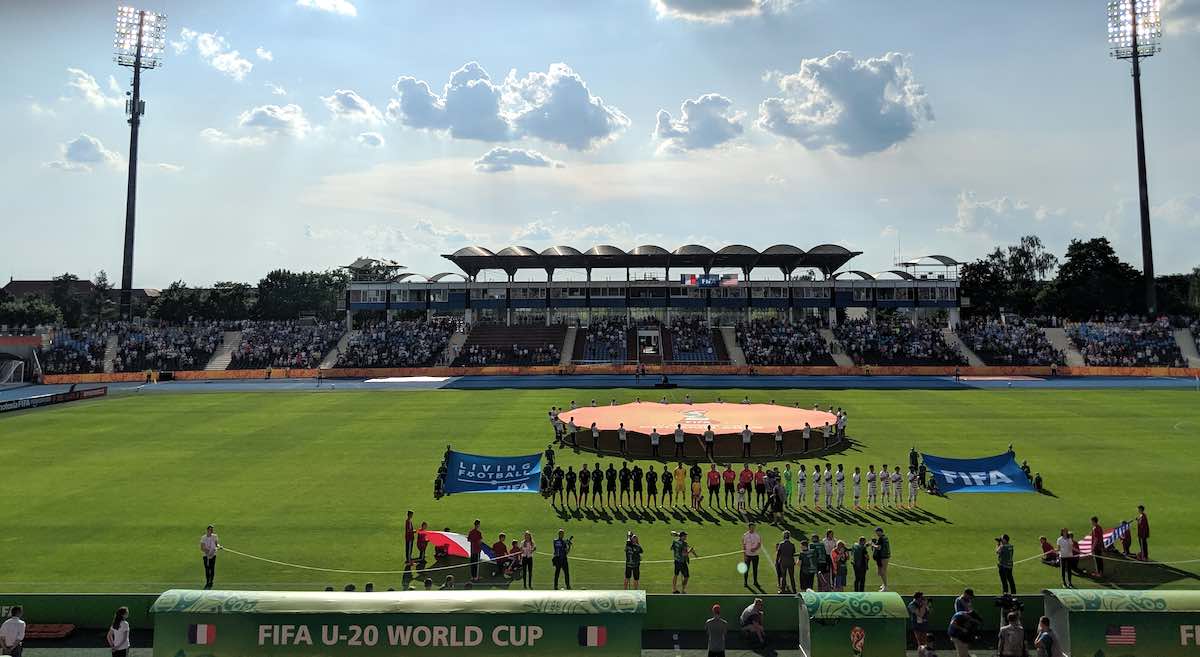 The United States advanced to the quarter-finals of the U-20 World Cup after seeing off one of the tournament favourites, France, in the Round of 16.

Head coach Tab Ramos has now guided the team to this stage in the previous three tournaments, and his group will now face another difficult task against South American champions Ecuador on Saturday.

In the sweltering Bydgoszcz heat, Ramos took advantage of the breaks in the game which included drinks breaks midway through each half, as well half time, to keep his players focused.

“It was a gritty, very difficult game to play,” Ramos said of the occasion.

“We’ve been in very cold temperatures during the last few weeks, and today happened to be really hot. It affected both teams. I’m pleased with the effort the team gave.”

There were impressive performances from Ajax full back Sergino Dest, midfielder Richie Ledesma, and another encouraging display from Paxton Pomykal, who already looks ready for the senior side.

But the game was won thanks to the chances which were taken up front by Sebastian Soto and substitute Justin Rennicks.

Hannover man Soto latched onto Ledesma’s perfectly timed through ball to open the scoring, finishing well when face with a one-on-one.

This informed France that they were in for a game, and that it wouldn’t be an easy one. They sprang into life and dominated possession, and once they recovered and eventually took the lead it felt like the European side would progress.

Given the quality in their ranks it wouldn’t have been too much of a disappointment for the United States to be knocked out by such an opponent.

But a some second half changes gave the US a chance, and it was one they were able to take when the opportunities presented themselves.

The United States defensive formation consisted of 4-1-4-1 throughout most of the game, with Brandon Servania standing in for the suspended Chris Durkin in front of the defence. 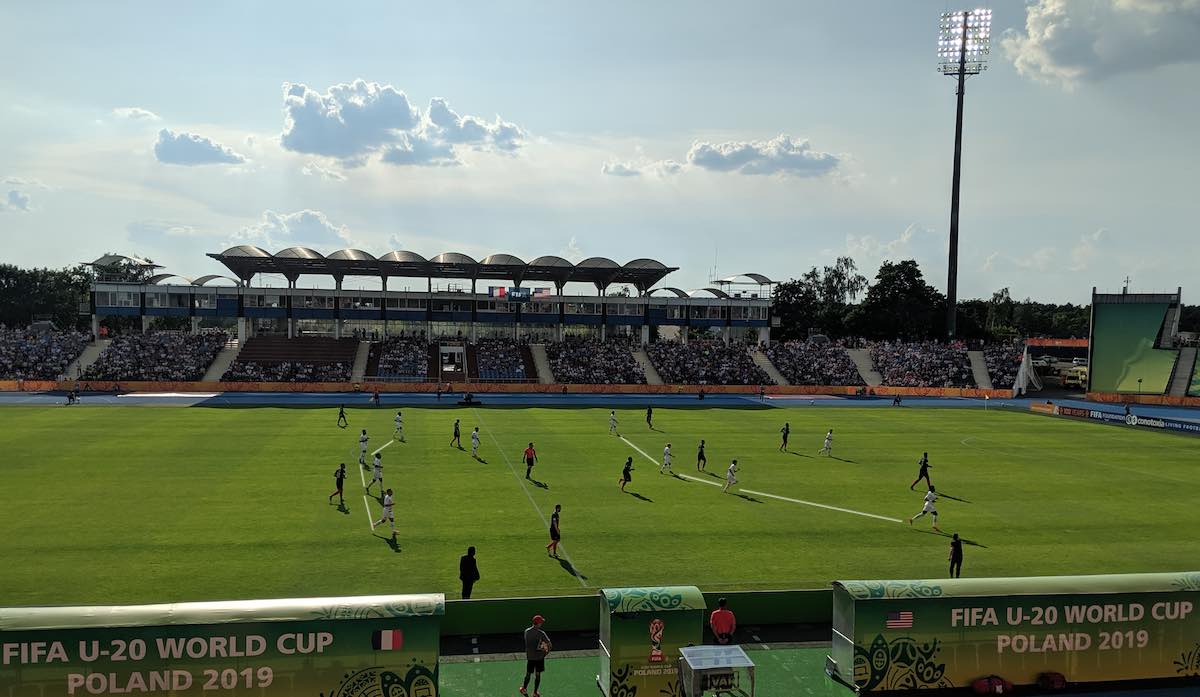 Servania endured a mixed afternoon, and maybe this job of defensive protection was too much for one man in this heat. But there were some promising signs from the FC Dallas 20-year-old, even if his choice of pass occasionally annoyed Ramos.

In attack the full-backs occasionally pushed really high, and the play was built from the back through midfield in what was at times a 2-3-5 formation in possession.

“We’ve done really well in this tournament playing out from back, finding holes between the lines — we’ve done that well,” said Ramos.

“I didn’t think for one moment we could beat France with long ball. We had to make them chase us and it was important for us to connect with our passes.

This spreading of the formation to build possession left gaps at the back on the counter, making it difficult for the likes of Servania and centre back Aboubacar Keita.

That said, Keita’s central defensive partner Chris Richards took most of it in his stride as he has throughout the tournament, while Dest and Chris Gloster recovered well down the flanks.

Bayern defender Chris Richards played the full 90 minutes as the USA U20 beat France 3-2 to advance to the U20 World Cup quarter-finals. 🇺🇸 pic.twitter.com/5Qo6GTXlsC

Ramos changed things up once Rennicks and Uly Llanez entered the fray later in the game. Defensively it was more like a 4-2-3-1 with Rennicks behind Soto, and Pomykal closer to club-mate Servania in front of the back four.

This helped maintain the pressure on the opposition and also provided more insurance in case of counter-attacks.

But they key was allowing Pomykal to influence the game from deeper, and pushing Rennicks up closer to Soto down the left. A proper attacking midfielder rather than being somewhere between 8 and 10 as they are in the 4-3-3 / 4-1-4-1.

“I thought we had a big advantage on the left side,” explained Ramos.

“We had a two against one and I think that’s where most of our opportunities started.

“The two subs gave us that and we were able to find spaces. Paxton had been quiet until that moment and in the last minutes he started getting involved. We started taking advantage of our left side.”

Soto’s second was finished as cooly as his first, taking time amid the chaos to readjust after controlling Timo Weah’s incisive pass before slotting home

He has been ice cool in front of goal since coming into the team, and was again against France. Two chances, two goals.

The only slight negative for him was a one-on-one just before he was substituted which could have made it 4-2, but he showed too much of the ball to Alban Lafont as he tried to round him and the goalkeeper was able intervene.

“We’ve been bringing Seb along, growing as the tournament is going on,” said Ramos.

“He’s in a good place right now. You know how it works when a No 9 starts to get confidence — it transmits to rest of team.

“He could have done better with his hold up play, but I don’t want to get picky, He played an amazing game in amazing team, against two french centre backs who are class players.”

The game was won for the United States when Dest’s powerful shot from the right was spilled by Lafont and Rennicks was on hand to turn in the rebound.

The celebrations showed what it meant to the players, many of whom dropped to the turf, and the celebrations possibly contained some relief that they had come through this draining match and emerged victorious.

They hung around to take selfies with the fans who rushed to the front of the stands to congratulate them, before getting some well-earned rest.

The United States trained in the Bydgoszcz heat today and will now travel north to Gydnia to face Ecuador, who Ramos described as a “complete team.”

But Ramos himself has one of the most complete U-20 teams of his tenure, and one which could reach a semi-final for the first time since 1989.