Pulisic Pulls The Strings But United States Unconvincing vs Curacao 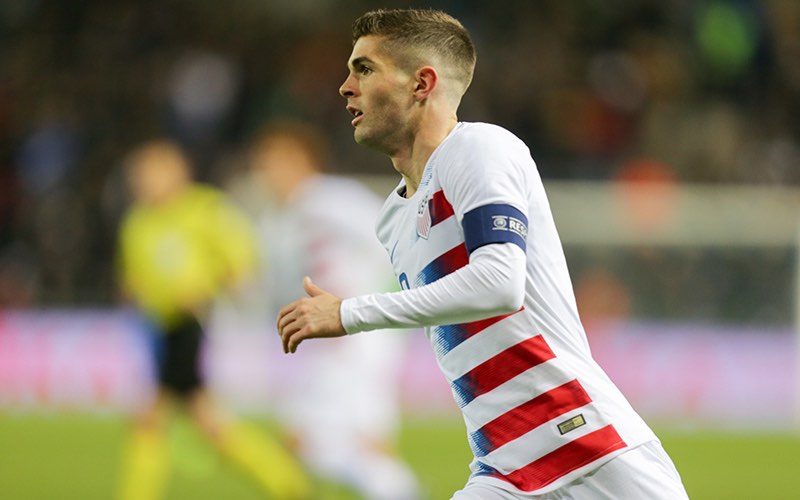 Christian Pulisic bore down on goal in the opening two minutes of this clash against a Curacao side currently 79th in the FIFA rankings.

He has Gyasi Zardes and Tyler Boyd either side of him in great positions, but this is Pulisic–the United States’ great soccer hope, captain of the side, and star player heading for Chelsea and the Premier League.

This status might influence his decision to shoot rather than choose either pass. He might not trust those around him to do as good a job even if they are better placed to do so, but nevertheless he drags his shot wide.

Pulisic is everywhere for the United States, who will face Jamaica in the semi-finals of the Gold Cup following this 1-0 victory.

Shortly after his first attempt on goal he is presented with another, but is denied from point blank range by a world class save from Curacao goalkeeper Eloy Room.

Room has been outstanding in this tournament, and his presence between the posts, plus the style of play throughout the team, probably shoots Curacao a few places up those FIFA rankings, but not far enough to trouble the United States as much as they did in Philadelphia.

Curacao were better than the US in all areas except the one that matters. 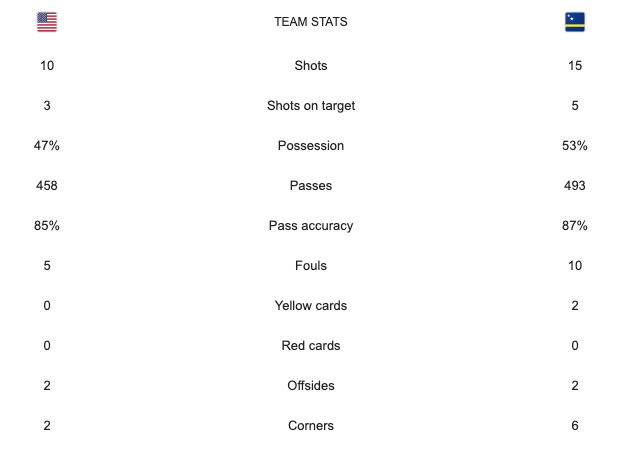 Michael Bradley, ever the consummate professional, had his hands full in an uneven battle with the nippy Elson Hooi, who at times ran rings around him in midfield. Hooi hovered around the US No. 4 all game in what looked like part of the plan for Curacao coach Remko Bicentini.

The former US captain–Pulisic took the armband here–is unsuited to a proactive pressing game which Berhalter appears to be playing.

“Appears” as it’s not entirely clear what type of system the United States are playing in defence, and in Bradley’s own defence the ease with which he is bypassed in the middle of the park could be down to the system as much as the individual.

Alongside Bradley, the performance from Weston McKennie was more encouraging, even if his passing isn’t as neat and tidy, or as safe (which might be a good thing) as his midfield partner’s.

His energy between the boxes and his unique skillset somewhere between target man striker and a defensive midfielder makes him ideal for a shuttling role as the second of three midfielders.

He was able to get on the end of Pulisic’s precision cross from the left to score the only goal of the game, and what an important goal it was.

Patient buildup by the #USMNT for the opening goal, ending with Weston McKennie heading in Pulisic’s cross.

Though Curacao had their fair share of possession and were able to fire more shots on goal, the United States didn’t allow them to create any real clear-cut opportunities.

The best chance for Curacao came via a Darryl Lachman header from a corner, but the defender sent his effort over the bar from close range.

Curacao had plenty of the ball in the second half when they were a goal behind, but again failed to create anything substantial with it.

If there were any expected goal (xG) numbers recorded for this game, you would imagine the United States will have come out on top.

Pulisic remained a threat on the counter, but too often he was ploughing a lone furrow. Though he was probably the best player in red white and blue, it still wasn’t an outstanding performance.

The lack of team-mates on a similar wavelength to Pulisic–McKennie aside–made case for bringing some of the impressive younger players through to the seniors. In an ideal world these players will be given more time to develop, but the current state of the USMNT isn’t ideal.

At times the team lack guile to go with their physical ability–which is bordering on a stereotypical description of a USMNT–but they at least have players coming through the age groups with the potential to solve these problems.

Another thing which requires more time is the adaptation to Berhalter’s system, but there is also the possibility that some of these players will never be able to do so, which adds to the case for bringing through young players.

Curacao were booed by the crowd at Century Link Field as they patiently built from the back. Ironically this is the type of football the United States tried to play but often failed. It’s still early days in Berhalter’s reign, but sometimes it feels like time is being wasted, especially when you consider the wasted year as the US stalled on appointing Bruce Arena’s successor.

But a few of the doubts around Pulisic’s ability to lead this team were allayed here. Now he just needs a few more team-mates he can trust when through on goal.