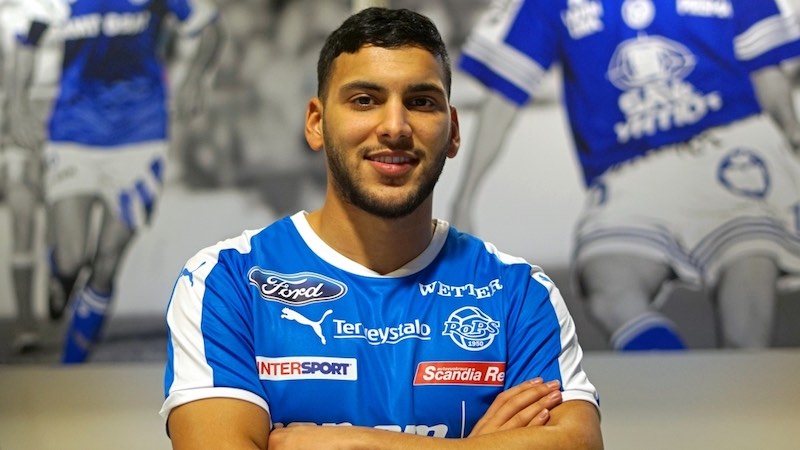 James Rowe spoke to RoPS winger Tarik Kada, exclusively for WFi. They discussed his time with the Dutch youth sides, a possible switch to Morocco, and playing alongside the likes of Frenkie de Jong and Abdelhak Nouri.

You signed for RoPS in February 2019. How are you enjoying your time in Finland so far and how would you describe the club?

I am enjoying my time in Finland so far and I have felt at home since the moment I arrived here.

RoPS is a good club and the Finnish league is a really nice league to play in. Things are going well so far.

I arrived in Finland due to the opportunities put forward by my agent, and he brought me into contact with RoPS.

You came through the youth system at SC Heerenveen and debuted for the first team. How do you look back on your time at the club?

I look back with fond memories of my time at SC Heerenveen. I had a great time and I really enjoyed it.

I can only say positive things about my time at the club. I also represented the Netherlands at youth level during my time there, and of course I managed to make my debut for the club.

You went on to play for Heracles Almelo, also in the Eredivisie. How do you look back on your time there?

I look back with mixed feelings about my time at Heracles Almelo. I expected more in all honesty.

I went there with high expectations. I also had the opportunity to stay at SC Heerenveen, and to extend my contract, but for security I chose to leave in the hope of playing more matches and gain even more first team experience.

Although I received that, my time at Heracles Almelo did not work out how I had hoped.

You mentioned your time as a youth international for the Netherlands in different youth categories. How are you feeling about the future. Do you hope to one day be considered for the Netherlands or, as you were born in Morocco, you are eligible to play for Morocco too. Are you weighing up potentially switching country in that respect?

It is difficult, but at this moment in time I would definitely consider switching to Morocco.

Look at the fantastic progress that their national football team has made in recent years.

I also believe that it would be more feasible to be selected for Morocco than the Netherlands, and that would also play a role in my eventual decision.

You have accrued a lot of experience at club and youth international level. Could you say who are the best players you have played alongside so far in your career?

I have played alongside Frenkie de Jong for the Netherlands at under 19 level. He of course stands out, and we played at the youth World Cup together.

Steven Bergwijn, who is currently at PSV Eindhoven is a very good player, and of course Abdelhak Nouri. He together with Frenkie de Jong are the two players that stand out for me when I think of the best players that I have played alongside.

I can imagine as a winger that you have come up against difficult opponents so far in your career. Are there opponents that stand out for you?

In terms of direct opponents there have not really been players that I recall, but in terms of tournament football countries such as Germany under 19’s and also Spain under 19’s — they are the countries that have stood out for me when playing against them.

Finally Tarik could you say who are the managers or coaches that have played a key role in your development as a professional footballer?

Yes, I would say Dwight Lodeweges at SC Heerenveen. He gave me my debut at the club, and shortly after giving me my debut he was relieved of his duties by the club.

I always thought highly of him and he is a good manager who helped me in my development as a player.

I would also like to mention my manager at youth level when I was at AVV Zeeburgia, who are an amateur team based in Amsterdam. His name was Reda Achkari.