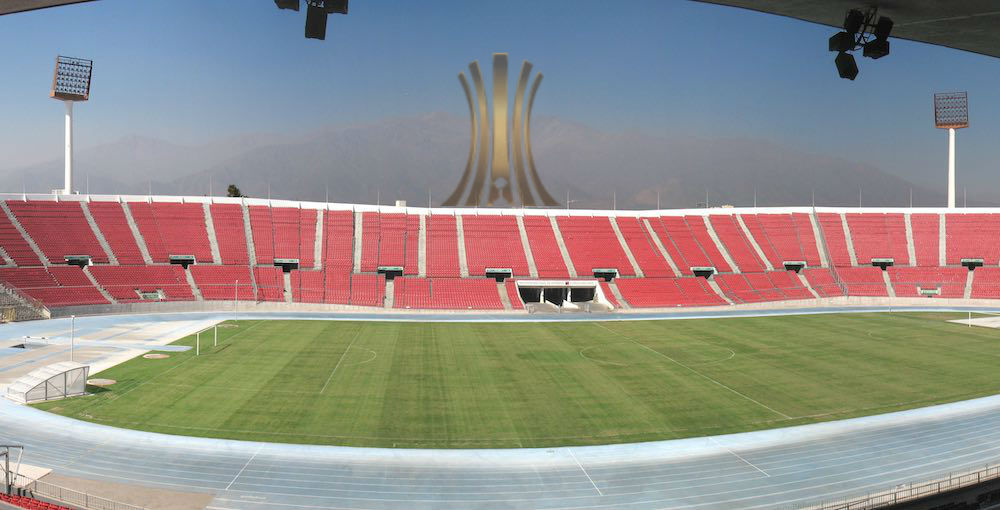 So here is the full programme for the #CopaLibertadores round of 16 and beyond!#CONMEBOLLibertadores #Santiago2019 pic.twitter.com/qaL8hiFP9w

The Copa Libertadores now shares an identical format with the UEFA Champions League for the first time. This year’s winner will be decided by a single-match final on neutral territory in November, as opposed to the traditional home and away legs of the past.

Just like in the Champions League, the group stages interest fans, but nothing excites them like the adrenaline rush of knockout football.

On 23 July, the 16 teams remaining in the competition begin the run down the home straight. One will be crowned South American champions in the Chilean capital Santiago later in the year.

The draw is full of interesting narratives, but one type of tie garners more intrigue than any other- a Brazil vs Argentina clash.

The continent’s two footballing superpowers are the only Latin American nations to have won the World Cup in the last 70 years, and their dominance of the Copa Libertadores is striking.

Between them, clubs from these two countries account for 43 of the 59 titles won since the cup’s inception in 1960. Remarkably, that domination is only growing- nine of the last ten Copas have been won by a Brazilian or Argentine side.

Here is the current ranking for #Libertadores champions by country! Argentina lead the way with 25 titles – who will be taking the crown on 23 November in Santiago?#conmebollibertadores #Santiago2019 pic.twitter.com/BDxjbXfXjn

Fortunately for the neutrals, there are three Argentina vs Brazil clashes in the round of 16. Possibly the most eye-catching is the one that pits current champions River Plate against Cruzeiro.

This is a fixture steeped in Libertadores history. In 1976, Cruzeiro won their first Copa by beating the Argentines 3-2 with a late winner in Santiago. 43 years on, they must now beat River again if they are to return to Chile for another shot at the trophy.

The Raposa won their group easily but are in terrible form domestically and sat 18th of 20 teams over the winter break in the Brasileirão.

River Plate also have good memories of this fixture. In the 2015 quarter final, Cruzeiro looked set to advance to the semis after beating River 1-0 in Buenos Aires in the first leg.

However, in Belo Horizonte, Marcelo Gallardo’s side produced one of the best performances of their modern history winning 3-0 in the Mineirão, thus emphatically sealing a place in the last four. The self-belief generated by that achievement propelled River all the way to the title that year.

With Pity Martinez gone and Juan Fernando Quintero injured, this River side is marginally weaker than the one that lifted the cup in Madrid in December. Nevertheless, Gallardo is probably the best coach on the continent and obsesses over this trophy.

He will feel he has the tools he needs to make River champions for a fifth time.
Another fascinating clash involves current Copa Sudamericana (Europa League equivalent) holders Athletico Paranaense and six-times Libertadores winners Boca Juniors.

These two sides met in the group stages earlier in the year. The Brazilians hammered the Argentines 3-0 in Curitiba, but a late Carlos Tevez goal gave Boca the win- and first place in the group- in Buenos Aires in May.

Boca Juniors need no introduction, but Athletico are less well-known to international readers. They are a very ambitious club that do not boast the grand history of some other Brazilian teams.

Despite this, the Curitiba side think their future can be just as bright as anyone else’s. They have a fearsome record on their synthetic pitch in Brazil, but so far have shown some naivety on the road.

This encounter is a massive test of how far Tiago Nunes’ team has developed on the continental stage.

The game also has some added spice. Athletico felt aggrieved by the refereeing during their defeat at La Bombonera in May, and when Velez Sarsfield were denied a penalty vs Boca a few weeks later, their official twitter account posted a tweet showing a clip of the foul with the words “we understand you Velez”.

Both sides have built expensive talented squads whose objective is to reach that final in Chile, so to go out prematurely will be a bitter blow in both financial and sporting terms for the losing team.

The third Argentina vs Brazil clash is altogether less intriguing. Godoy Cruz of Argentina’s wine-growing region Mendoza have lost form dramatically since finishing runners-up to Boca in the Argentine Superliga in May 2018.

They finished 14th of 26 teams this time around and only managed to scrape through their group in the Copa unconvincingly in the last game.

Their second-round tie feels like a bit of a mismatch, as they come up against reigning Brazilian champions Palmeiras. The São Paulo giants amassed more points than anyone else in the Libertadores group stage and are in pole position to retain the Brasileirão title.

With their huge financial muscle, the Verdão have become the dominant force in Brazil since their 2012 relegation. Still, this era will ultimately feel like it is missing its crowning glory if it ends without the club winning a second Copa Libertadores.

They have the squad to do it this time, and hopes are high in São Paulo.

Palmeiras should theoretically reach the quarter-finals, but they will not get such a kind draw in the next round. They would face the winners of the Libertad vs Grêmio clash.

These two teams shared a group, which Libertad won. On the face of it, a Grêmio win would seem likely but one of the main revelations of this year’s tournament has been the strength of the Paraguayan sides.

All three of them won their groups, but it’s in the knockout stage where we will really find out if they have bridged the gap on the Brazilians and Argentines.

Grêmio have wobbled slightly this year both internationally and domestically, but after winning the Copa in 2017 and being denied a spot in the final cruelly in 2018, they boast more pedigree in this competition than almost anyone. Everton, Brazil’s breakout star of the Copa América, is their most well-known name.

Don’t be surprised if penalties are required in Asunción on August 1 to decide that one.
Libertad’s neighbours Cerro Porteño will be feeling slightly happier about the draw they were handed- being paired with Argentines San Lorenzo.

The Buenos Aires club may have won the 2014 edition of the Copa but have been in disarray in recent years, making several managerial changes to try and turn their fortunes around.

They finished 23rd of 26 in the domestic season that ended in April, and Juan Antonio Pizzi will manage his first international game at the club after taking over from Jorge Almiron’s failed experiment.

Their fans would love to go far in this tournament but will see further progress as a bonus- they know all too well that a huge makeover of the playing squad is needed.

Cerro Porteño fared well in the group stage and will rarely get a better chance to reach the last eight.

And there’s the official confirmation – Juan Antonio Pizzi back at San Lorenzo. Won the title at the club in 2013 before annoying supporters and leaving for Valencia https://t.co/dWEN2GJHv3

The third Paraguayan team in the tournament is Olimpia. They have a grand history having won the trophy three times, and will face one of the two Ecuadorians still left, Liga de Quito.

The first leg is at altitude in the Ecuadorian capital, conditions which are tough for teams from low-lying countries like Paraguay. But if Olimpia can emerge with a respectable result from the Andes, they will be in a good position to advance and start dreaming of repeating the glory days.

They can be considered the strongest of the three Paraguayan candidates, having won the domestic Apertura unbeaten in June.

Overall, Paraguayan football will be disappointed not to have two representatives in the quarter finals. This would restore some much-needed pride after the national team’s failure to win a single game in the Copa América.

The remaining Ecuadorian team is Emelec. Being from the Pacific coast, they do not have the advantage of altitude on their side and are expected to be eliminated by Brazilian giants Flamengo.

The Rio De Janeiro club were not entirely convincing in the group stage but have made a series of very high-profile signings, including Rafinha, in recent weeks, and will count anything less than a semi-final appearance as another failure.

Their massive fanbase in Brazil has inexplicably been starved of continental glory for almost 40 years now. Can their new boss Jorge Jesus and this star-studded squad reverse that?

The other matchup in the second round is another one involving Libertadores royalty- Nacional (three times champions) and Internacional (two times champions). Just like River-Cruzeiro, this is a repeat of a previous final which Nacional won in 1980.

Nacional are the only Uruguayan side left after their bitter local rivals Peñarol were eliminated in the final group match, failing to overcome Flamengo.

Teams from the small country ruled the Copa in the early decades but now fail to compete with Brazilian and Argentine clubs who have much deeper pockets and can strip them of their emerging talent at will. Consequently, it would be a surprise to see Nacional progress in this one.

Two former #Libertadores champions meet in the round of 16 as @SCInternacional take on @Nacional #CONMEBOLLibertadores #Santiago2019 https://t.co/7NLEaLHMsY

2006 and 2010 champions Inter- headed by a sharp attacking trio including Peru’s Paolo Guerrero- won their group which included champions River and are many people’s pick for the title.

After a traumatic relegation in 2016, their fans will be very satisfied that the club is competing with the continental elite again so quickly.

Venezuelan, Peruvian, and Bolivian readers will be used to their representatives going out early, but this preview makes depressing reading for Chileans and Colombians. They will be praying not to be absent from the last 16 next year.

Ties will be played between July 23 and August 1.

🤔🔜 The calendar for the remaining rounds of the #CONMEBOLLibertadores! 🗓 pic.twitter.com/Y8yupufXz7