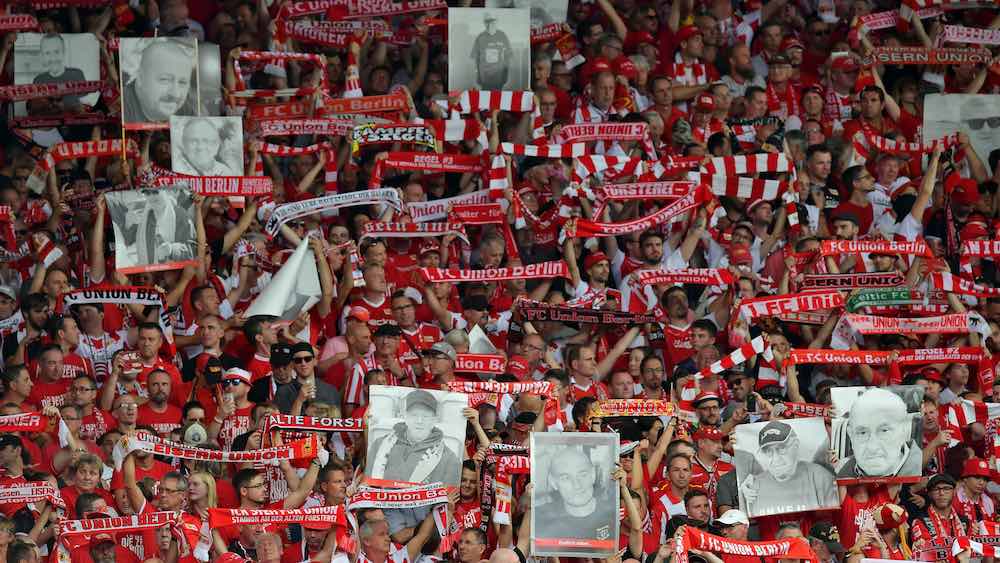 The Bundesliga is finally back, and it’s fair to say it returned with a bang.

The usual plot is that Bayern brush aside their opening day opponents in a familiar show of dominance. When Robert Lewandowski gave them the lead mid-way through the first half, it seemed the story was going to be the one we’d seen so often.

Hertha had clearly not been in on the production meetings, and proceeded to tear up the script.

Dodi Lukebakio, who tormented Bayern last season when on loan at Fortuna Düsseldorf, was again a villain to the home fans.

He was allowed to run relatively unchecked before rifling off a shot that took a huge deflection to beat Manuel Neuer.

From there, the plot thickened, as Marko Grujic went clear and rounded Neuer to put the visitors ahead.

With the not-so affectionately nicknamed “FC Hollywood” staring down the barrel of an unthinkable opening day home defeat, the Allianz needed its own hero. Unsurprisingly, it was Lewandowski again in the role of leading man.

He drew an unnecessary off the ball foul in the box that didn’t evade VAR, and he duly tucked away the resulting penalty. The game ended in a draw. Not the start Niko Kovac wanted or needed, given the question marks that persist over his tenure at Bayern.

A trip to Schalke is next up for Bayern and should they fail to win again, the early pressure on Kovac will only intensify.

The season-long loan signing of Philippe Coutinho from Barcelona could prove to be decisive, and worth every penny of the hefty wages they’re paying him, on top of a €8.5m loan fee.

Those points dropped by Bayern meant an opportunity for Dortmund to gain an early advantage in the title race. The Westfalen was rocking in anticipation and things got off to an explosive start, but the fireworks were not from the hosts. Instead they came from Augsburg taking a shock lead within 30 seconds.

It prompted memories of Bayer Leverkusen similarly catching Dortmund cold at home in the opening game of the 2014/15 season.

Any such fears for the Yellow wall were quickly put to bed as Paco Alcacer equalised just two minutes later.

From thereon in it was dominance from Lucien Favre’s team, and only a string of saves from keeper Tomas Koubek ensured the score remained level at half-time.

Chances of an encore from the previous night’s shock were short-lived as Dortmund wrote their own second-half script.

A Jadon Sancho goal opened the floodgates, as Marco Reus and another from Alcacer made it 4-1 before the hour mark.

New signing Julian Brandt came on for his debut and added a stylish fifth.

Dortmund look capable of having a blockbuster season, and this was a positive early statement of intent, albeit against a weak Augsburg side.

They now need to follow this up with another win away to Köln on Friday night.

The weekend ended in what will likely be a popular theatre throughout this campaign as newly-promoted Union Berlin hosted RB Leipzig.

The An der Alten Försterei only has a capacity of just over 22,000 but the noise generated by the home fans makes it sound like there’s at least double that amount.

Saturday was certainly no exception, although much of it was held back for the opening quarter of an hour in protest towards the commercial nature of their opponents.

The fan culture is notoriously strong in Germany and these types of protests are still commonplace, with fans of different clubs continuing to voice their displeasure towards what they see as a plastic club and its financing.

Whether or not agree with these protests is a matter for the individual, but it does highlight the different mindset in German football towards big-money club takeovers.

In terms of the actual football on the pitch, the contrast between the two teams was stark. Union were tipped to struggle and the evidence from this match was that they will find it tough going.

Leipzig, on the other hand, look like they can be genuine title contenders. A young side with talent, energy, pace, and a coach in Julian Nagelsmann who has already forged a reputation of getting the best out of players, and finding ways for his team to overachieve.

Leipzig carved Union apart countless times, and their 4-0 victory was in no ways flattering. Goals from Marcel Halstenberg, Marcel Sabitzer, and Timo Werner before half-time practically had the points sewn up.

Union struggled to make an impact, and Christopher Nkunku wrapped things up with 20 minutes remaining.

Union may just need time to find their feet, but boss Urs Fischer could do with turning to the more experienced players in his squad, like Anthony Ujah and Neven Subotic, to help in this learning phase.

I’d like to close on one of the most defining points of the weekend, and it came after the final whistle in Berlin.

Despite being comfortably defeated 4-0 in their first ever Bundesliga game, the Union fans sang loudly, professing their love for the club. They promise to be every bit as captivating as the title race.

Union Berlin lost their first Bundesliga game ever 4-0 at home vs. Rasenballsport Leipzig.

That didn’t prevent their fans from singing for their team minutes after the final whistle.

“Our love, our team, our pride, our club, Union Berlin!”