FPL Week Two Preview: Bernardo Silva Back? Adrian To Save The Day? 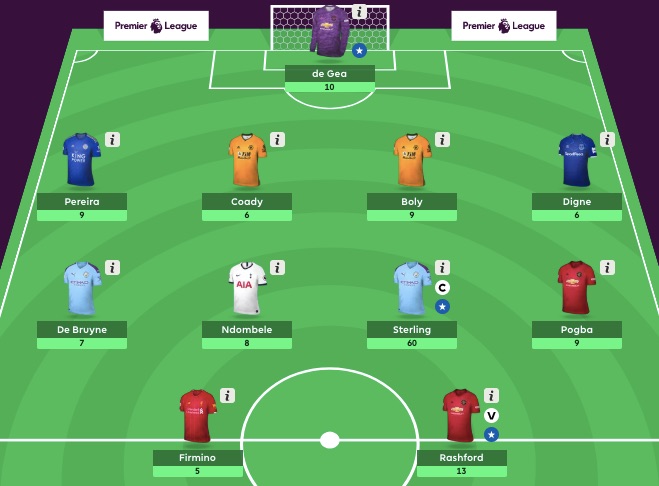 It was a high scoring opening week for many FPL managers, with the average score coming in at a more than respectable 65, with a high score of 142.

But the first weekend of the new season was not without its disappointments.

One Manchester City player who will have disappointed a few is Bernardo Silva. Not because he played badly, but because he didn’t play at all.

Such is the embarrassment of talent available to Pep Guardiola, he could afford to leave a player widely regarded as one of the Premier League’s best on the bench and still win 5-0. Riyad Mahrez scored 14 points in his stead, assisting three goals, but the Algerian would have been seen as the riskier choice before the season, and could still be.

Bernardo Silva would have been among the Manchester City players, along with Ederson, Aymeric Laporte, and Kevin De Bruyne, who might be considered a safer bet, but this now looks to be limited to the Ederson, Laporte, De Bruyne spine.

Another blow for fantasy managers, and certainly for Liverpool and their player, was an injury to Brazilian goalkeeper Alisson.

FPL managers don’t care for player welfare, and were disappointed that their goalkeeper didn’t get his clean sheet points (substitute Adrian conceded the goal) rather than concerned for Alisson.

Jurgen Klopp has been typically vague about the length of time his No 1 will be out for, but he’s expected to miss at least the next few games, probably more.

This leaves a couple of choices for FPL managers, who could simply use their 6m on the other good clean-sheet option, Ederson, or save 1.5m by replacing him with Liverpool’s new backup keeper, Adrian, who should come into Klopp’s side in Allisson’s absence unless a collision with a fan during their Super Cup celebrations keeps him out.

Lol. Adrian a doubt for Southampton with a swollen ankle cos a Liverpool fan two-footed him pic.twitter.com/UEAp5Yj031

Raheem Sterling and Mohamed Salah are two of the most highly valued players in the game, and with both classed as midfielders rather than forwards, they are popular choices.

They didn’t let their managers down in the opening week, with Salah scoring one, assisting another, and grabbing two bonus points; while Sterling netted a hat-trick against West Ham to become the highest scoring player after Gameweek 1.

Those who took a punt captaining Sterling rather than Salah will have been rewarded handsomely, and both will be expected to continue this kind of form.

The 9,332 managers with Burnley’s Erik Pieters in their side were rewarded with three assists and a clean sheet for 14 points — that’s if he wasn’t on the bench — as the Sean Dyche’s side saw off a poor Southampton outfit.

The two will face each other down their flank in week two, which brings us to…

The big fixture this week is Manchester City vs Tottenham at t’Etihad.

This can be an unpredictable fixture, but the entertaining spectacle these two put on in the Champions League in Manchester last season could be an isolated incident given the various game states.

However, City scored in every home game last season, so Spurs not keeping clean sheet might be the one guarantee in this game.

Given Southampton conceded three to Burnley, and Liverpool put four past Norwich, there’s a possibility that the Liverpool attack might rack up more points down at Saint Mary’s, but there is also the possibility of fatigue post-Super Cup.

Though the Liverpool defence could generally be relied on for a clean-sheet last season, they are yet to keep one this term since their opening game of pre-season against Tranmere Rovers.

Looking for attacking points appears easier than finding clean sheets in the early part of the season, so putting attacking defenders in the mix may be the best option, then hope for the best when it comes to not conceding goals.

Look out for more vague fantasy football tips next week!