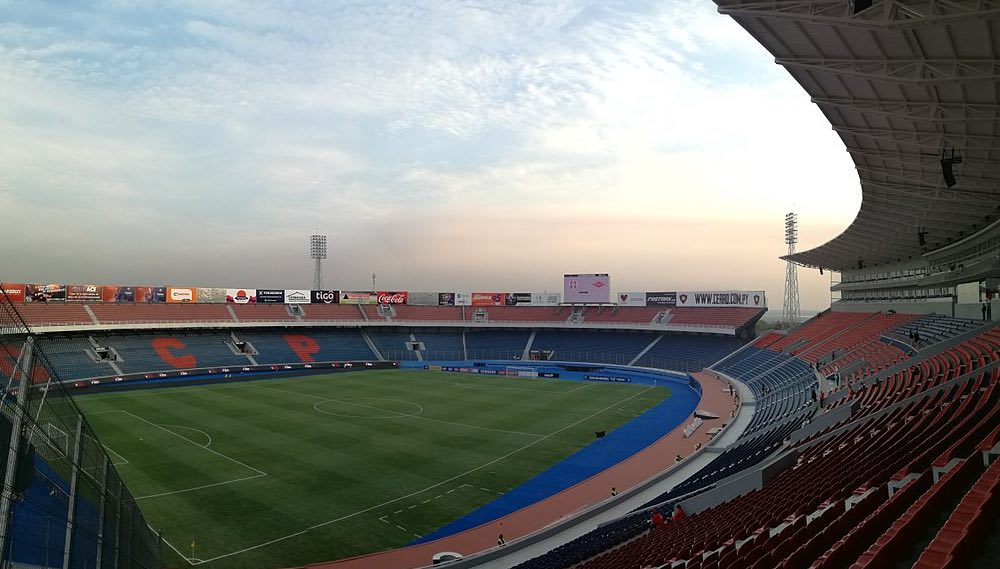 This weekend sees the two most successful sides in Paraguayan football lock horns as Cerro Porteño take on city rivals Olimpia in what promises to be an exciting battle at the Estadio General Pablo Rojas, Asuncion.

This week’s Superclásico will be the second of the season, but the first and only one in the Clausura championship.

Top flight football in Paraguay is split into two halves known as the Clausura and the Apertura. The winner of the Apertura this year was Olimpia, and the runners up were Cerro Porteño.

The last time these two bitter rivals met was in April, when Olimpia secured a 3-1 victory in the backyard of Cerro Porteño. This time out El Ciclon will be looking for revenge.

A win for Cerro Porteño could see them leapfrog Olimpia, and depending on results elsewhere they could be top of the league by the end of the weekend.

Cerro has slacked off in recent weeks after an impressive start to the Clausura, winning their first two games.

Last week they suffered a humiliating penalty shootout loss to second tier side Club 2 de Mayo who knocked them out of the Copa Paraguay.

However, they are still in the Copa Libertadores, where they face a tough quarter-final tie against current holders River Plate.

After a disappointing Copa Libertadores exit for Olimpia, they will be hoping they can extend their unbeaten run over Cerro Porteño as they aim for an impressive fourth straight league title in a row.

A win for the Rey de Copas (king of cups) would see them retain their place at the top of the league.

Left Back, Santiago Arzamendia is an exciting youth prospect for Cerro Porteño and will be one to watch.

He can play either at left-back or left-midfield, and at just 22 years of age he has acquired six caps for the Paraguay national team. He also featured in all four of Paraguay’s matches in the recent Copa America.

Arzamendia is a pacy full-back and can bomb up and down the left-hand side, which is an asset whether his side are attacking or defending.

Not only does Arzamendia offer pace, but his crossing is a dangerous weapon for the Olimpia to be wary of. So far this season he has provided three assists in 17 matches.

With the sort of talent Arzamendia possesses, it may not be long before the bigger clubs in South America try to snap him up, meaning this could potentially be his last appearance in a Superclásico.

Another youngster you may want to keep tabs on for Cerro Porteño is defensive midfielder Mathias Villasanti.

Villasanti is more known for his defensive work but that he isn’t shy going forward either, chipping in with two assists and two goals so far this campaign.

His role is more to win the ball back and hold a position which allows his midfield counterpart, Federico Carrizo, to push forward and contribute to the goals and assists column. And Carrizo has done exactly that this season with nine assists and two goals, which is more than impressive for a midfielder.

Youngsters have been a feature in the Superclásico and in November of last year 14-year-old Fernando Fabian made headlines when he scored as the two sides drew 2-2. Despite this, Fabian hasn’t featured much for Cerro Porteño this year and isn’t likely to play this weekend.

Veteran Roque Santa Cruz still features for Olimpia and has been a key figure in their success in the last couple of years. This season he has continued that form.

If it not for injury he would have featured for the national team in the Copa America. So far this season the former Bayern man has bagged 13 times in 21 league appearances — impressive for a 37-year-old.

Santa Cruz has formed a formidable bond with strike-partner Jorge Ortega who, like Santa Cruz, has been firing in the goals, netting 10 times in 18 games, something Cerro Porteño will be wary of.

Looking to the youth of Olimpia, Richard Sanchez is another upcoming prospect who made his Paraguay debut in June of this year.

Sanchez is the ideal player to have in your midfield — someone who can win the ball back and who is not afraid to get stuck in. He also has strong dribbling ability which helps Olimpia going forward.

Sanchez possesses high energy levels and is tough in the tackle — a nightmare for anyone to come up against.

In the Copa America just gone he put in some solid performances against Brazil and Argentina, and even got his name on the scoresheet. Certainly a player to watch out for!

Saturday’s game could play a huge part in determining who the 2019 Clausura champions will be, so make sure you stay tuned in what promises to be an exciting battle between two great rivals.