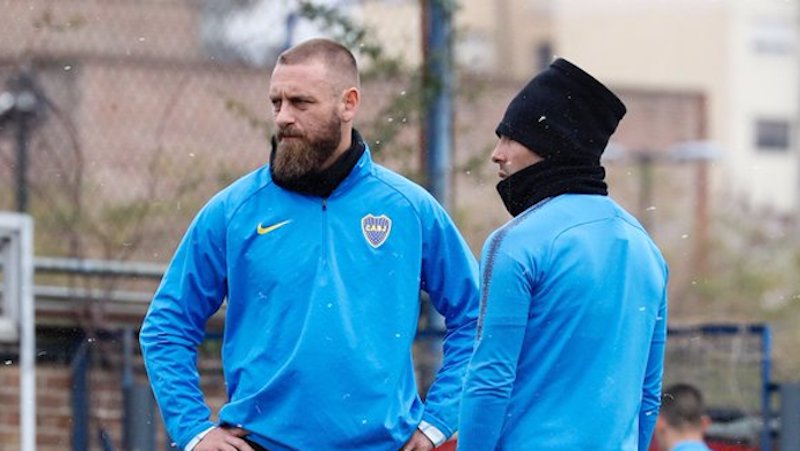 AS Roma’s 2018/19 season ended in disappointment. The team only managed to qualify for the Europa League, and didn’t fare well in the Champions League.

Near the end of the season, Roma also found out that their current captain and long-time servant Daniele De Rossi was leaving after 18 years.

Fellow Roma legend Francesco Totti had retired a few seasons ago, and De Rossi took the reins and became the new captain of Roma.

Fans were shocked and disappointed when they found out that De Rossi was leaving the club.

This was a choice he didn’t want to make, but he had few options. Roma decided that they weren’t going to renew his contract and was going in a new direction.

Complying with Financial Fair Play [FFP] by June 30, 2019, restrictions on the club had left them going in a new direction. They decided to buy young talent and home-grown players to avoid over spending.

It’s evident that players such as Steven Nzonzi and Javier Pastore have not fit the club, and big signings are not always the clear-cut winner for a club such as Roma.

With new sporting director Gianluca Petrachi, and manager Paulo Fonseca, it was clear the club was going in a new direction.

Each new deal this past season had different implications. Leonardo Spinazzola was acquired to meet FFP regulations, while younger talents Gianluca Mancini, Pau Lopez and Jordan Veretout helped the team cut their spending.

The club is looking to acquire players that fit the new direction of the club, and De Rossi was not a part of these plans.

As he got older, Roma may have felt he was not going to be the player that he was. This was hard to believe, as the captain of Roma could surely have offered his club much more than they were thinking, and more than his advancing years might suggest.

De Rossi has the traits of a leader, as those of a tenacious midfielder. He had led Roma to victory in the past, winning two Coppa Italias with the club, and an international level he won a World Cup with Italy in 2006.

Playing 18 years will also provide the type of experience which could be passed on to youth players. If he wasn’t viewed as capable starter, even coming off the bench would have been beneficial to the player and club.

In today’s football world, it’s tough to accept when management decides against a player’s wishes. De Rossi really wanted to stay as his heart had always been with Roma and nowhere else.

For instance, in 2012, he had the chance to go to Manchester City but it was too hard for him to make the change even though the offer was with a stronger team.

He first contemplated retirement and was also presented with options in Italy from teams such as Sampdoria and Fiorentina, but he declined these options as it would be too difficult for him to play against his former club.

Then, out of the blue (and gold), De Rossi finally decided where his future lay. He will be playing in Argentina for Boca Juniors, and has agreed to a contract with the Argentinian club.

Wow! A new league, a new team, and a new start. It will be amazing to see De Rossi in the blue and gold jersey. Roma fans might find it hard to take initially, but could eventually accept it with ease and know he did what was best for him.

We should be happy for this long-time servant. He gets to continue his playing career and it won’t come at the expense of playing against his former squad.

The fans won’t have to cheer against him, or wish for him to lose against Roma. Roma fans will get to experience more De Rossi, and he’ll get to continue an already amazing career.

Roma now has a new team to cheer for. Boca Juniors.

It’s also nice to see that the 36-year-old didn’t go with the retirement option, as he knew he had something left in the tank.

When pondering his next step, it’s evident that he still had some unfinished business.

While De Rossi will always be Roma, he will now enter a new phase with Boca Juniors, and Roma fans can continue to cheer for the player they loved for 18 years.

What a sight it will be for Roma fans and football fans around the world!