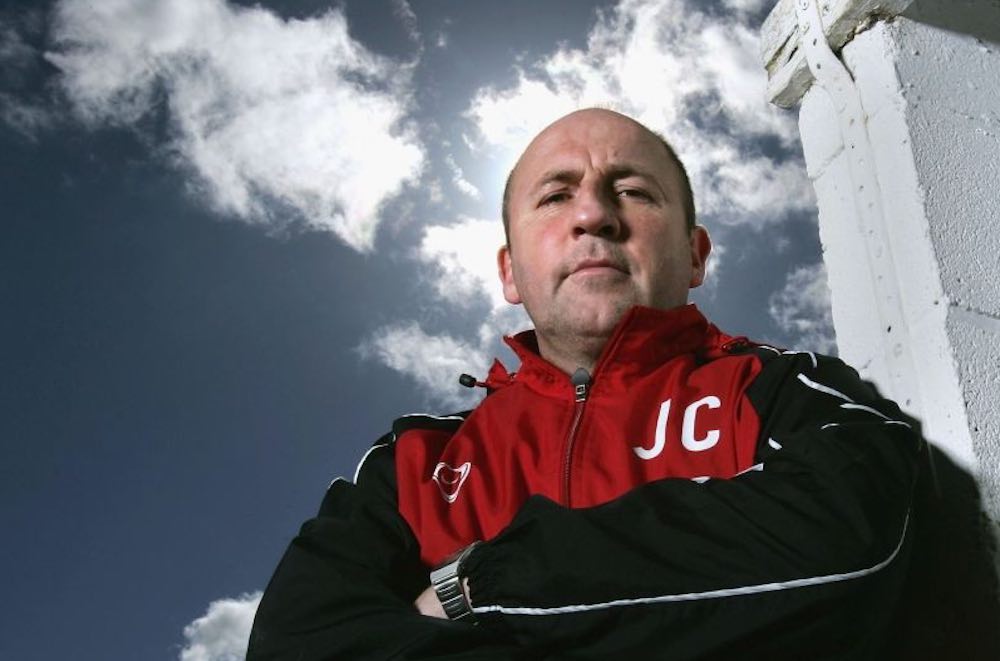 You returned to Accrington Stanley in 2014 for a second spell as manager of the club. How are you enjoying being back and what are your main challenges at this moment in time?

“The challenge straight away is to stay up. We had that marvellous promotion two years ago when nobody expected us to.

“We have got ourselves in League One and we do not want to let go now.

“I am delighted to be back at Accrington Stanley. I left to go to Rochdale and that did not quite work out, and then I had a stint at Southport and it was a tough job keeping them up, which we did.

“My assistant Jimmy Bell and I then went to Sligo Rovers in Ireland, and I had no intention of leaving.

“It was only the lure of going back to Accrington Stanley that made me leave. Sligo Rovers was great, I loved the place.

“Playing in the Europa League and winning in Rosenberg was a great experience, although I must say that Accrington Stanley feels like home and we have had success since I have been back.”

You mentioned your time managing Rochdale. How do you look back on your time there?

“Well, people have their own opinion. I just know that we went in to a team that had no hopes of staying up, according to them.

“We started the second season and I was led to believe that the budget would be a lot bigger than what it was, and that did not materialise.

“People say we were a failure in that second season, but we went away to the likes of Rotherham United, Bradford City, and Gillingham and won, and we did well as they were all promoted the season before.

“Come January when our teams generally kick on, we sat just three points outside the play-offs, and the club was holding money back from me, but I have no complaints about going there to be honest.

“The fans were really good to me and I had some good players. I learned from the experience and it has made me a better manager, wiser and calmer, so you have to take positives out of the experiences you have.”

As a player you played for the likes of Runcorn and Macclesfield Town. How do you look back on your playing career?

“With a bit of regret — if I knew then what I know now, I would have been wiser and done things perhaps differently.

“I was a bit of a hothead when I was younger.  My stints at Runcorn FC and Macclesfield Town were very brief.

“Sometimes you look back and feel disappointed because you think: how did I do what I did as a player at Morecambe FC and not get picked up by a Football League club?

“Football was a closed shop back then. I have regrets of not playing in the Football League but it was not for the want of trying.

“I had some unbelievable experiences and I made some great friends along the way, and I think it has made me the manager I am today.

“Jimmy Bell was also a cracking centre-forward and both of us have never lost the novelty of full-time football.

“We were desperate to do it as players so we have done the next best thing. We had to convert ourselves into full-time managers and assistants.

“The novelty will never wear of for us and we will never become blasé about it. A lot of young players have known no different.

“I had proper jobs getting up at 5am in the morning to go to work and do overtime on a Saturday morning, or come home from work and go to training straight away. At times it was difficult because I had young family at the time.

“I have always committed a lot of my time to football”

How do you view the overall level of League One this season? Are there teams that stand out for you in terms of being difficult opponents?

“We had a taste of it last season. After losing our opening game we went ten games unbeaten and you could see the quality in different aspects of the game.

“If you made a mistake you got punished. There are some good teams in League One, and to think that we will be playing Sunderland in a league game — it does not bear thinking about if you think where both teams were 12 years ago.

“Having said that, we go in to those games trying to win. We went to Sunderland last year and it was live on TV. We went 2-0 up and drew 2-2. It was amazing that we were walking away disappointed to have only picked up a point.

“Sunderland have 25 times the budget that we have, and 12 years ago they were established in the Premier League and we were in non-league football.”

Finally, John, You have been a manager for a long time and have built up a lot of experience throughout the years. What would you still like to achieve as a manager in professional football?

“I would like to manage in the Championship at least. For the Premier League, the way football has gone, that is very unlikely.

“Who knows? We could get a surprise promotion to the Championship and that is what we have to strive to do.

“As a manager you want to manage as high as you can and you want to experience different aspects of the game.

“The game is changing, I am a big believer in that a manager is only as good as their players.

“Now the way the recruitment policy is going, managers are having less and less of a say and that does not happen at my club.

“I am the head of the recruitment and that is what I think a manager should, be but such a thing is getting pushed further and further away from the manager, with talk of head coaches.

“I could not see myself doing that. I love coaching, the day-to-day football and interacting with the players and my assistant and first team coach, John Doolan.

“I would love to manage a Premier League team at some point in my career in the future.”