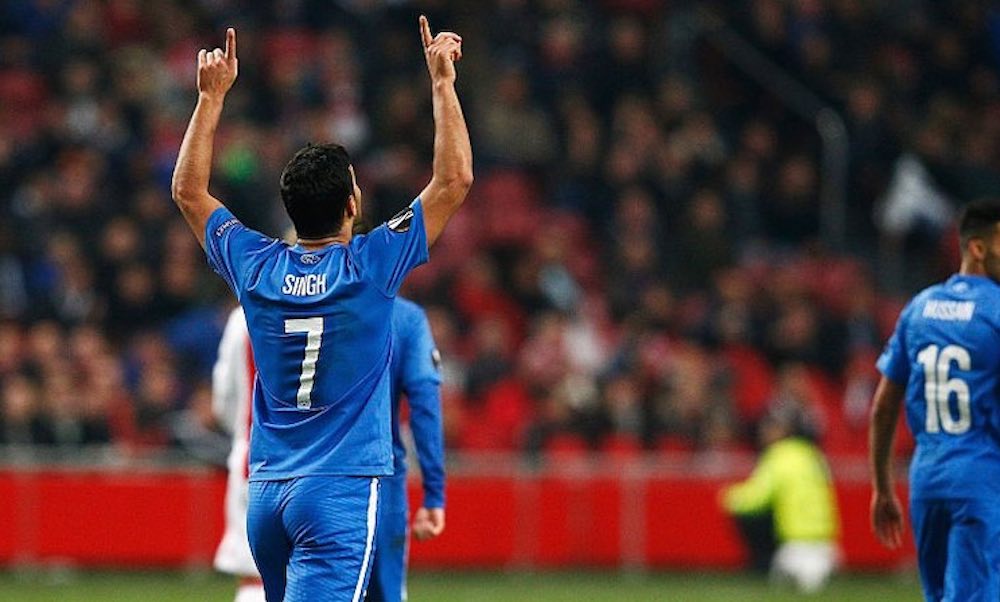 James Rowe spoke to HJK midfielder Harmeet Singh exclusively for WFi. They discussed his move to Finland, representing Norway, and the reasons for Norway’s improvement on the international stage.

You signed for HJK Helsinki in 2019. How are you enjoying your time there so far and how would you describe the club?

“My time at HJK Helsinki has been good so far. They are a big club in Finland and also in Scandinavia, with a great tradition.

“Everyone at the club has been very welcoming to me. I also believe it is similar to other Scandinavian countries in terms of climate, and the level and style of playing, too.”

You came through the youth setup and debuted for the first team at Valerenga in your native Norway. How do you look back on your time there?

“Valerenga was the start of my career, and it was my dream to play for the club.

“I grew up watching them so it was a dream come true and a great learning experience for me.

“I had great season in 2010, personally, with 11 assists and five goals, and the team did too.

“In 2009 I scored a goal in the Norwegian Cup semi-final v Molde from 35 meters so that stands out.”

You represented Norway at youth level, and also have seven senior caps. How do you look back on representing your country?

“It was particularly special to score on my debut against Poland for Norway under 15s at youth level.

“I debuted for the Norwegian national team six years ago, and played around 97 matches at youth level for Norway from U16s to U23s.

“Playing in a European Championship qualification match away against Malta for Euro 2016 was very special.”

I see that under current manager Lars Lagerback Norway are making progress and obtaining good results. Do you have an opinion on why Norway are improving at international level?

“I believe Norway are doing well lately because they have some great players coming through from the youth teams, coupled with the fact that most of the players are playing abroad.

“They are a talented group of players who are also technically gifted.

“The Norwegian league also has a good crop of young players playing regularly and gaining experience.

With your experience at club and international level, could you say which players are among the best you have played alongside?

“I would say that the best player I have played with is Kamohelo Mokotjo.

“We played together at Feyenoord in the Netherlands, and he currently plays for Brentford in England and also for the national South Africa national team.

“We had a great understanding on the pitch when we played together. He is a very gifted player, and he was a great team-mate.”

I can imagine that as a midfielder you have played against many difficult opponents. Are there any that stand out for you?

“I have played against many good players through the years, but if I was to mention one player that stood out for me, a player who had immense quality and could do many things — Thiago Alcantara.

“I played against him at U21 level against Spain in a friendly before the U21 Championships.”

Finally, Harmeet, could you say which managers have played a key role in your development as a professional footballer?

“I have been fortunate to play under many good up and coming managers.

“My manager at Molde, Tor Ole Skullerud, played a major role for me. Rikard Vestre was my youth coach at Valerenga and he taught me a lot.

“I would also like to mention Andrea Loberto, too. When I played for Feyenoord in the Netherlands I learned a lot from Ronald Koeman and I took some details from him.

“I learned a lot, but I would say that the first two managers I mentioned, Tor Ole Skullerud and Rikard Vestre, are the two coaches that have helped me the most during my career.”