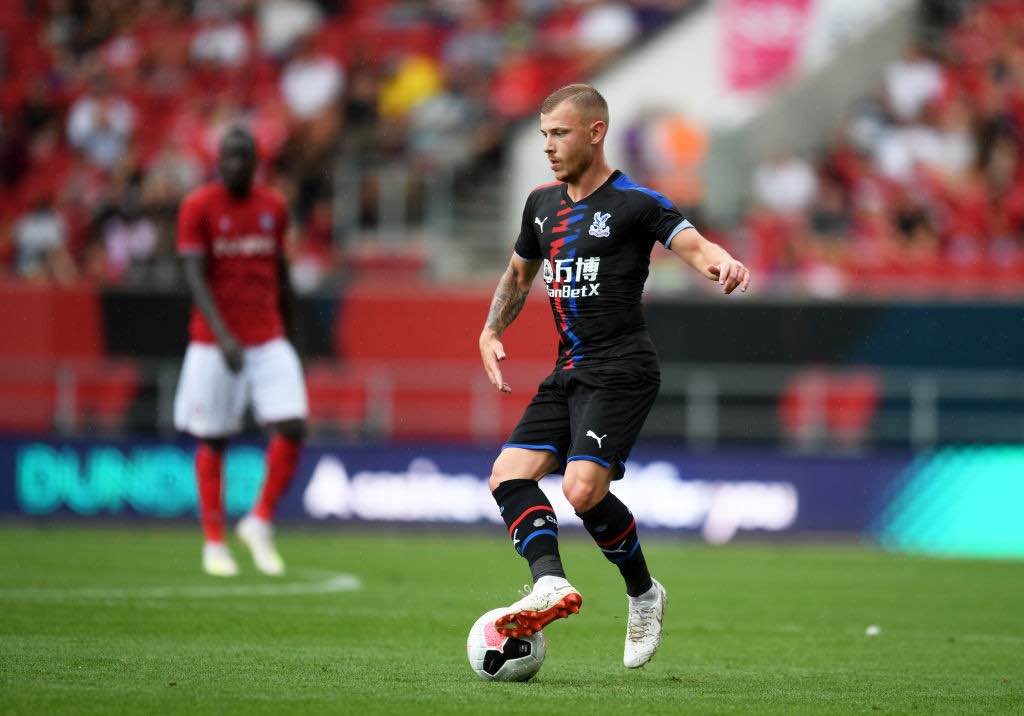 It’s March 2015 and an unforgiving Real Madrid crowd finds its temperament under siege by the bullish confidence of Schalke’s No.7.

A young Max Meyer, unassuming in stature and yet unflinching in self-assurance, glides from left to right on a Bernabéu stage with a history of swallowing up the greats.

He deviates right at the sight of a Sami Khedira shaped obstacle, before feeding the marauding run of Tranquillo Barnetta.

Barnetta’s cross from the right-hand side is dummied by Klaas-Jan Huntelaar, paving the way for an incoming Christian Fuchs to control and then fire the German outfit ahead on their way towards a historic 4-3 Champions League win over Real Madrid.

Schalke’s opener had stemmed from Meyer, as would the subsequent national outrage in Spain at the sight of an alien Real Madrid upset.

The front page of Marca read:

“Dreadful! A chaotic Madrid spread terror at the Bernabeu.”

His breach of Real’s superiority didn’t stop there, this time drawing him to the edge of the penalty area where his saved effort was turned in on the rebound by an alert Huntelaar.

That was 2-1 and Madrid’s next warning of the 19-year-old beginning to dominate proceedings.

The same night saw a young Leroy Sane come off the bench to introduce himself to the rest of Europe with a beautifully-placed curling effort into the top corner. And yet it was Meyer who appeared the frontrunner to attract the big money offers from England.

There was a veteran David Silva-esque intelligence to split Madrid’s defence and midfield, a natural awareness to operate on the half-turn, a talismanic desire to get on the ball and make things happen both centrally and out wide.

A thriving reputation at Schalke eventually turned sour as Meyer was frozen out while sitting out the remainder of his contract in his final season at the club.

Cue confusion across Europe when it reached July 2018 and Meyer still found himself without an employer. The playmaker that out-manoeuvred and out-thought Real Madrid, without a club?

Such was his bright reputation despite a difficult end to his career in Germany that Meyer was linked to both Liverpool and Arsenal, before signing for Crystal Palace at the beginning of August.

For the Eagles to have snapped the 2017/2018 Bundesliga runner-up on a free is a bargain that still feels unjustly under-appreciated.

His return of 22 goals and 24 assists in 192 appearances across all competitions at Schalke felt somewhat modest when considering the talent he so often showcased.

Criticism of Meyer during the latter stages of his time with Schalke pointed towards a lack of leadership in testing situations.

“He is no leader on the pitch – that’s why he had really good matches when the team played well – but when the team needed a leader, he was not there.”

Life at Selhurst Park marks an opportunity to step up as a chief influence within a team eager to take further strides towards regular top-half finishes.

It also poses as a much-needed challenge for him to soften the responsibility on Wilfried Zaha.

He meanwhile finds himself with welcomed attacking freedom in Roy Hodgson’s system after being used in a less-favoured deeper role while playing for former Schalke manager Domenico Tedesco.

“My position in Schalke was too deep,” Meyer told the Palace website in July.

“I like this position [at Palace] more; I am looking to attack more. It’s a good mix for my position – I like the position the gaffer gave me – whether it’s on the left or the middle, it doesn’t matter.”

Having featured in just two of Schalke’s last nine league games before his departure, Meyer arrived at Palace understandably short of match fitness and without a pre-season under his belt.

The 23-year-old went on to manage 22 starts last season along with 14 appearances as a substitute at he was eased into life in England.

More settled surroundings could now serve as a springboard for him to spearhead Palace’s efforts to surpass their 12th-placed finish in 2018/19.

In Meyer, Palace possess another useful source of goals and, perhaps more importantly, a quick-thinking link man with the vision and execution to drive the team’s threat on the counter.

Granted, his progression since that night in Madrid has been far from plain sailing, but there has never been a better time for him to re-assert himself as the once-in-demand starlet with the flair to strike fear into any defence.

It is time for Crystal Palace’s dormant string-puller to make his mark on England in the manner his talent dictates he be capable of.