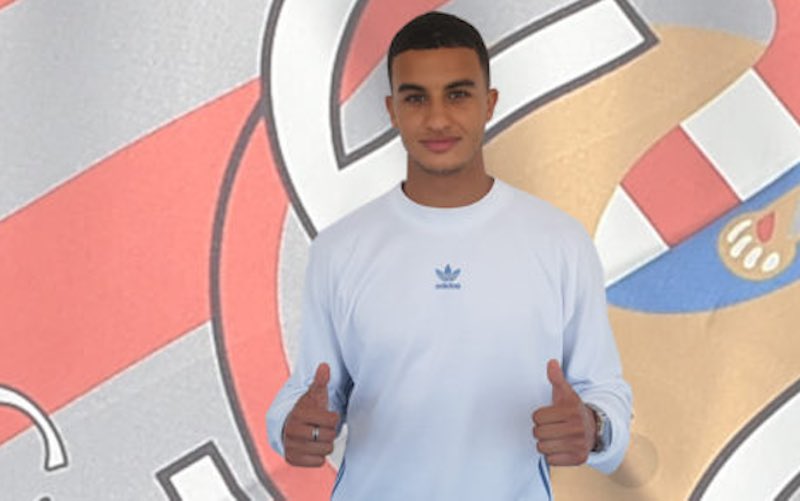 James Rowe spoke to Cremonese midfielder Reda Boultam, exclusively for WFi. They discussed language issues when moving to a new country, and the talent of Abdelhak Nouri.

You signed for Italian side Cremonese in 2018. How are you enjoying life in Italy, and what have been your highlights so far?

“In the first instance it took me a bit of time to adapt. I was used to the Ajax style of play, having come through the youth set up there, but they play a different type of football in Italy.

“After a while you learn to adapt and you notice that things start to go well.

“My highlights so far were debuting for the club in an away match against Palermo in a very big stadium. It was a great experience. I played a good match and that was the moment for me where I felt really good and I was in form.

“Another highlight was scoring against Crotone at home in front of our fans. That was a great moment for me.”

How are you coping with the culture difference between the Netherlands and Italy, and the change of language?

“My first months in Italy were difficult because I could not speak the language. You realise how important learning the language is.

“In the Netherlands almost everybody can speak a little bit of English, but almost nobody in an Italian football squad can apart from a couple of players.

“The manager and directors of the club cannot speak English, but it motivates you to learn Italian quickly because you want to improve yourself as a player and as a person.”

You mentioned coming through the youth setup at Ajax. How do you look back on your time there?

“I look back with fond memories on my time at Ajax. I learned an awful lot and I really developed myself as a footballer having arrived at Ajax from Almere City.

“I noticed during my time at Ajax that I was becoming a better player, and I have brought what I learned there to Italy, where I always try to adapt.

“You notice that Italian football is about winning, and sometimes it does not matter how. I try to keep my identity, as that is what I learned at Ajax and they made me the player I am today.

“I have many highlights from my time at Ajax — too many to mention. Winning titles and cups and having fantastic team-mates. I experienced many great things during my time there.”

Reda Boultam put #AjaxU19 in a 2-0 lead vs ASA United with this fine free-kick! pic.twitter.com/7s9DhaAJ2Z

You have played youth international matches for the Netherlands. You are also eligible to play for Morocco. How do you see your international future. Would you consider playing for Morocco in future?

“Yes I would definitely consider playing for the Morocco national team in the future. From a very young age I have felt like a Moroccan and I have very good links to the country.

“I have represented the Netherlands at youth level. That was a great experience and I am also proud of that.

“In the future you never know what will happen. Both countries would be great, but when I have to make a choice I don’t know what I will choose.

“I have already played for the Netherlands in the youth teams, and on the other hand I have seen and heard good things about how the whole setup in Morocco is really good, and the fans in the country live for their national team. Moroccans are proud people”

GOAL Trent Arnold is adjudged to have fouled out Dani De Wit in the box. Reda Boultam steps up to equalise from the spot on 56 mins, 1-1

With your experience in the youth set up at Ajax, and now playing in Italy, could you say who are the best players you have played alongside?

“When I represented the Netherlands at youth international level I played with Matthijs De Ligt who is currently doing very well, and also Timothy Fosu Mensah. I played with many players who are now doing well in their careers.

“If I had to say the best player I ever played with, it was Abdelhak Nouri. He was head and shoulders above the rest, and to play with him as a young player was fantastic. He was an unbelievable talent.”

I can imagine in your position as a midfielder that you have come up against difficult opponents through the years. Are there any that stand out for you?

“I remember playing an international youth match for the Netherlands against Belgium, and we had to draw in order to take part in the European Championship. I played against Oriel Mangala, who at that time was in the youth setup at Anderlecht and he is now on loan at Hamburger SV from VfL Stuttgart.

“I thought that he was a difficult player to play against. He is very strong and very agile with great composure on the ball. A complete midfielder.”

Finally, Reda, could you say who are the managers or coaches that have played a key role in your development as a professional footballer?

“As a player you have many managers, and with one or two it really clicks and a manager gives you a lot of confidence.

“There are two managers that have played a key role for me.

“The first one is current K.S.V. Roeselare chief executive Brian Tevreden. He was my manager when I played for Almere City, and he was influential in my eventual transfer to Ajax.

“I learned a lot from him and he gave me confidence. I am still grateful to him, and we still have contact. He was also chief executive at Reading FC in England in the past.

“Also, Wim Jonk, when he was my manager at Ajax. He knew exactly what my qualities were and he also told me the things that I need to improve.

“I must also mention Gery Vink [current Willem II assistant manager] who was a coach I had during my time at Ajax in the A1 and B1 teams.

“We had a lot of agreements but he helped me a lot and I’ve learned a lot from him and these are the coaches that you do not forget.”