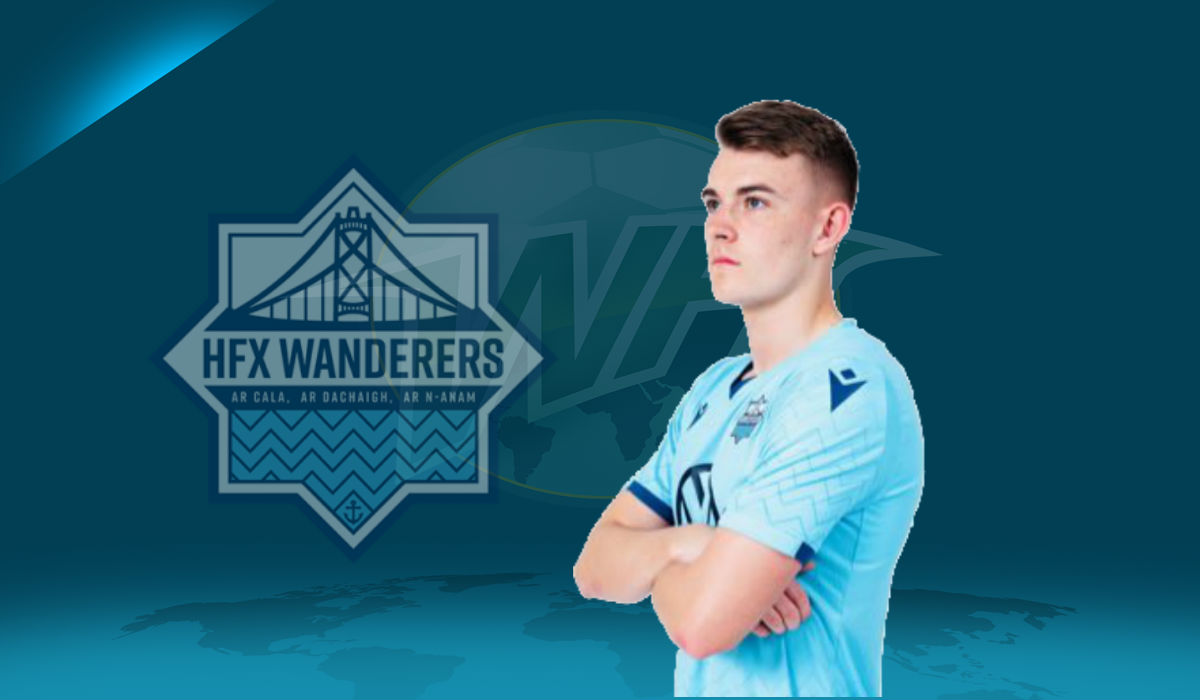 What’s it like playing soccer in England – the most competitive pyramid in the world?

“In March 2010 I moved back to the UK and went from playing U12 academy football with Ottawa Fury, straight into the MK Dons FC U12 team.

“At that time MK Dons were a League 1 club, and playing weekly academy fixtures against clubs like Arsenal, West Ham, Man Utd, Chelsea, Leicester City etc. It was the highest level of professional academy football in the UK.

“The biggest difference was the intensity, speed and physicality of the game. Technically I had always been strong, but the intensity of the games was a big step up. Also the never ending personal pressure of performing week-in and week-out to make sure you were retained each year and not released.

“Every boy in England who played football wanted to be signed by one of the 92 professional clubs, so there was no shortage of people queuing up to take your spot, and we would have new trialists in every week to keep you on your toes and push you.

“It taught me about personal discipline and making the many sacrifices needed to reach the professional level, such as diet, rest, social sacrifices and never giving up.”

How difficult is it to try and catch the eye of one of the 92 professional clubs from the Premier League to League Two?

“For anyone playing football in the UK, scouts are watching you from about age 5/6. Players can sign with pro clubs at age 8 for the U9s, so competition is fierce and every club is looking for the best youngsters nationwide.

“Your contract is reviewed every 12 months. Once you are in the professional club system it is literally dog eat dog at every age group, only the strongest survive. I was lucky at MK Dons because we had a head coach called Dan Micciche, who was setting the bar for UK Academy football at the time.

“Every time we played Arsenal or Spurs etc, their scouts were watching us closely as we played a type of football unseen before, especially with a League 1 club. We were playing out from the back, one touch two touch, playing without fear.

“We were also physically smaller than most opposition age group teams back them. Some games we would get smashed but we never changed our possession based philosophy and ultimately we started out playing and beating the premier league clubs.

“In the end Micciche was named England U15 head coach, and he carried this philosophy through the national youth teams.

“What he did teach me, though, was it doesn’t matter what club you sign for, or how big the name is, it all comes down to the quality of the coaching delivered, and at MK Dons I think at that time it was the best in the UK.”

I see you trialed with West Ham and Arsenal in your younger days, how nerve racking is that considering the name of the clubs and thinking you want to stay and put pen to paper?

“It came about because I entered a West ham Utd ID Camp held in Toronto, aged 10, and ended up winning the U9-12 age group. The person who scouted me was Tony Carr who was the chief scout. This resulted in me having a two-week trial with them in London.

“Arsenal also heard about it and invited me in for a week as well with them. Yes of course It was quite nerve racking, suddenly training with Arsenal and West Ham players at their prestigious training facilities. I also played in some games v Crystal Palace and Reading.

“It was my first taste of UK premier league academy football but it made me realise that I could get signed if I returned back to the UK. I would not have been able to sign for either of them at the time due to laws on minors being signed from overseas.”

Would you consider Ottawa more as your hometown rather than Northampton?

“Yes I would, as Ottawa is where I spent my childhood from 4-12. Although my home town in England is Northampton, I have been playing abroad since the age of 18, so Stittsville, Ottawa feels like my hometown as I have so many great memories and still have a lot of friends there.”

I see that you grew up playing a variety of sports; cross country, tennis, skiing? Was your family a big influence there

“My family are very sporty. My brother is a very good triathlete, so playing lots of sports just came naturally. My dad was also a football coach, he coached me and Zoom at U10 so we always practiced with a soccer ball 24.7”

Does that help athletes in general to play more than one sport in all aspects?

“I think it’s healthy to play other sports at a young age, but to be a professional footballer you do have to fully concentrate on football I think from about age 12 or 13.”

While at Malaga, what did you see first-hand in La Liga and in Spain?

“All the Spanish tier 1, 2 and 3 youth teams are technically very strong, have patience in possession and can keep the ball under pressure.

“Size and physicality are not the first thing scouts look for. Can you play? Are you technically strong and do you have a football brain? These are key in Spain.”

I’m sure playing against Atlético, Valencia, and Real Betis U19 teams week in week out helped a lot with your development?

“Yeah it helped massively in my development, as the standard in Spain technically is very high, every time has the same philosophy to play out from the back and be patient in possession and keep the ball. So playing in tight spaces from an early age 100% benefits you.”

Who is the best player you’ve played or trained with or against, that now is at a high level?

I hear you turned down Tottenham Hotspur?

“Yeah when I moved back I had a lot of interest from clubs but decided to join MK Dons who had fantastic coaches and youth set up at the time, also with family priorities it was best decision.”

While in Sweden’s Allsvenkstan – did you feel stuck at all and felt you needed a change of air?

“No, my club Dalkurd FF in Sweden played fantastic possession based football and it was a real privilege playing there at U19/21.

“The standard was technically excellent and very comparable to UK football. Unfortunately Dalkurd FF decided to relocate to Stockholm, invest heavily in the transfer market, and disband my U21s upon promotion to the Allsvenskan.

“I was retained by the club on a professional contract but they sent me on a first team loan to Finland for the 2018 season. The loan went really well in Finland but Dalkurd got relegated and experienced serious financial problems off the pitch as a result. I took appropriate advice and decided to leave the club mutually.”

Did you decide to come back to Canada to try to find that breakthrough you were looking for?

“Not really, as I had options to remain permanently at my loan club in Finland and also elsewhere in Europe. I felt the CPL would be higher profile, back in my home country and just felt it was the right natural step for me in my development path.

“The opportunity to work with Stephen Hart and live in a beautiful city like Halifax was also a big draw.”

It hasn’t been the best season for the team, what needs to happen to be stronger in 2020?

“The team need to show more patience and quality in possession through the thirds on game day. We have the players to do this, but just need to be better and more consistent at it.”

While on loan in Finland, you played a lot, 20+ matches to be exact. What can other Canadians playing first team football in Europe coming back bring to improve the quality of the CPL?

“The quality of football in Europe at tier 2/3 is much higher than people realise. It’s extremely professional and to be a foreign national in a European team you have to be better than a local player to succeed. We trained relentlessly in Finland and the technical level was very good.

“I think any young Canadian playing first team football in Europe will help improve the level of the CPL as they will be disciplined, motivated, professional, technically and mentally strong.”

Would you say your experience in Scandinavia was a positive one? On and off the pitch

“Yes my experience in Scandinavia was definitely a very positive ones on and off the pitch as I developed my game there and off pitch developed as a person being out of my comfort zone, would recommend it to anyone!”

You know Rob Gale from the Canada U20’s, was signing for Valour an option? And if so, what made you pick Halifax as your destination.

“Yes, Rob had called me up twice to the U20s before, but there was no contact with him prior to signing for Halifax. To be fair the last time Rob saw me was age 18 and I was a very late developer and still physically much smaller than my 98 born peers, so I was probably not even on his Valour recruitment radar.

“I did not sign my first professional contract until 19, which was 6 months after my last U20 team call up, but that shows how quickly things can change in football.

“I did have other CPL club interest, but Stephen Hart sold the club to me and living in Halifax was instantly appealing.”

Hate to put you in the spot, but do you feel more Canadian or British?

“I definitely have an English sense of humour, and now a dodgy dual accent, but Canada and England have both played a major part in my life so far, so I would say I’m definitely an equal 50/50 split these between the two”

Do you project yourself on that U23 Olympic Qualifying Team in March? Was that one of your goals at the beginning of the year.

“Yes it’s obviously a goal to get an U23 call up. I believe I can definitely bring some qualities to the team, but my main objective all season was to just play well and play regularly for my club.

“Injuries have not helped me during the fall season and missing so many games but If I can finish strong then who knows.”

Tell me what it means to have the support of the fans who, despite the results, show up in strong numbers every home game at the wanderer’s grounds?

“The Wanderers’ fans are simply the best, it means absolutely everything for the fans to be behind the players/club regardless of how we do on the pitch.

“I’ve had the pleasure of meeting many of them and standing in the Kitchen a few times and it’s unbelievable. I can’t thank them enough for their continued support this season.”

Would you like to see the Ottawa Fury in the league?

“I would love to see the Fury in the league as they are a quality team and organisation. I have a lot of respect for John Pugh the CEO and how he has built the club from nothing.”

Talk about the importance of having the dual passport that both open up doors to qualify as a domestic.

“The dual national is definitely very important as it does not put any restrictions on you and can open many doors in Canada and back in Europe.”