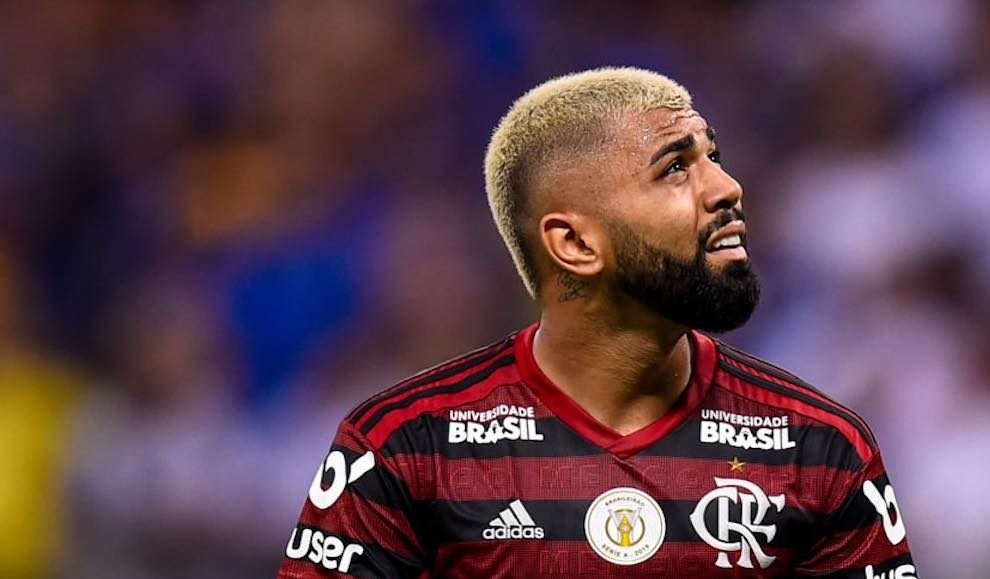 For the South Americans, they are preparing for the World Cup qualifiers that begin in March 2020.

Most of the teams have looked to play outside of South America with many opting to play matches in Europe this time around with only Venezuela, Bolivia, Uruguay and Peru playing in their own continent.

Argentina faces an exciting match up with Germany followed by a clash against fellow South Americans, Ecuador with both matches taking place in Europe.

Boss Lionel Scaloni has opted to call up more players playing outside of the Argentinian league than last time out.

Lionel Messi will once again miss out on selection as he is given more time to recover following his recent injury.

Argentina has made 11 changes from their squad in September, and included in that list is Spurs duo Juan Foyth and Erik Lamella.

Walter Kannemann has been called up to the squad following his impressive performances for Libertadores semi-finalists Grêmio.

Lautaro Martinez will be hoping to pick up from where he left off in the last International match against Mexico where his hat-trick helped Argentina to a 4-0 victory.

Arsenal back-up keeper Emiliano Martínez is in line for a first call up for La Albiceleste along with Lucas Ocampos and young forward Nicolás González.

The Bolivia squad this time includes 23 players who are all based domestically – it is the only squad in South America to call up a full team of domestic-based players.

This means that Alejandro Chumacero (the only non-domestic player for Bolivia in September), who plays in the Mexican league for Puebla, has been left out of the squad.

The selection features seven alterations from the last one in September and includes four players in the squad who could make their debut.

The Bolivians will be looking for their first win in 11 matches having not won since beating minnows Myanmar in October of last year.

Brazil will travel to Singapore as they take on African opposition. In Brazil’s last outing they suffered a humiliating defeat to Peru, which they will be hoping to make amends for this time around.

Manager Tite has made seven changes to his squad from the one that played against Colombia and Peru.

Goalkeeper Santos has been called up to to the Brazil squad for the first time and will be hoping for a first appearance since helping Athletico Paranaense to win the Brazilian Cup last month. Also in contention for a first cap for the Seleção are Marcinho, Matheus Henrique, and full back Renan Lodi,  who has had an exceptional start for Spanish giants Atletico Madrid.

Everton has been called up for the first time since starring in the Copa America following missing out last time around due to important domestic fixtures for Grêmio.

Flamengo’s Gabriel Barbosa has earned a first call up since 2018 and is in contention to earn his first international cap since 2016.

Barbosa has been in scintillating form for Flamengo scoring 18 times in 18 games and Brazil fans will be hoping he can replicate his club form on the international stage.

It’s worth noting that Barbosa (nicknamed Gabigol) has two goals in four games for Brazil already.

Napoli midfielder Allan misses out on the 23 man squad.

Grêmio and Flamengo fans will be hoping the players which have been called up for national team will avoid injury as the pair meet in the Copa Libertadores semi-final second leg shortly after the international break.

The Chileans are due to play in Spain against South American and African opposition.

Captain Gary Medel is back into the squad, as well as Arturo Vidal who features in the squad having not been involved in September.

Chile has called up 11 different players this time around and included in that list is only one player who could make their debut. That player is forward Niklas Castro, who is currently playing in the second tier in Norway.

Reinaldo Rueda has gone for more experience in his squad for fixtures against Colombia and Guinea.

This will be the first time since 2017 that Chile has taken on African opponents. The last time was against Burkina Faso and on that occasion, two goals from Vidal helped Chile to a 3-1 victory.

Chile are currently winless in six.

Carlos Quieiroz and Colombia will once again be without vice-captain James Rodríguez and captain Radamel Falcao who are both rested.

Rangers fans will have an interest in the upcoming games as striker Alfredo Morelos has been called up, and he will be keen to impress and stake a place when competitive action commences next year.

For the Gers so far this season he has scored 14 goals in 18 appearances in all competitions. More importantly for El Bufalo, he hasn’t seen red this campaign following last season where he was sent off five times, which affected him getting a place in the national team.

Aldair Quintana, Edér Chaux, Luis Sinisterra, and Andrés Ibargüen are players who could collect their first cap, however, it is unlikely that Chaux and Quintana will feature both players are the only domestic-based players who have been picked for Colombia.

Celico has earned the right to the Ecuador national team job due to his work at U20 level, where he won the South American U20 tournament in Chile back in February, and then led La Tricolor to a third place finish at the U20 World Cup in Poland.

Last month Ecuador earned terrific results under Celico winning both of their games with an inexperienced squad.

Celico has gone for a 19 man squad as Ecuador are scheduled to play just once as they take on Argentina in Spain.

Seven players miss out from the last squad, and four come into the side. The players coming into the squad are Ángel Mena, Pervis Estupiñán, Jhonny Quiñónez and Michael Estrada.

Back in September, there were 12 uncapped players in the Ecuador squad, this time there will only be two in Quiñónez and Estupiñán, who will both be hoping for a runout.

Paraguay will head to Europe during this international break and will take on European opposition for the first time since 2017.

Cerro Porteno youngster, Mathias Villasanti, singled out in our Paraguayan Superclasico preview, has been called up to the national team and is in contention for his first cap.

Along with Villasanti, also in contention for a first appearance are Miguel Martinez, Jorge Morel, and Matías Espinoza.

The set of fixtures will offer Miguel Almirón to play on the left-wing rather than the right where he has been struggling for form at Newcastle.

Almirón is much more suited to playing on the left rather than the right as it is where he was electric at his previous clubs and even early on in his Newcastle days.

Who knows?  A few good performances during this international window and we could see Steve Bruce play him there for the Toon.

Darío Lezcano has also been brought in to the Paraguay squad after impressing in LigaMX with FC Juarez.

The Peruvians have made only three changes to their squad for back-to-back games against Uruguay.

Coming into the squad are Alejandro Hohberg, Armando Alfageme and Paolo Guerrero. Hohberg and Alfageme have earned the call up after impressive performances in the Peruvian domestic league for Universitario.

Peru will play the equivalent of a two-legged affair, as they play Uruguay home and away.

The only player called up yet received a cap yet is goalkeeper, Patricio Álvarez.

Peru will be eager to kick on from that famous 1-0 win over Brazil last month.

La Celeste will be once again without both of their main duo, Edinson Cavani and Luis Suárez. But they do have the experienced centre back Diego Godín returning to the side.

Diego Godín is the only player to come into the 21 man squad, he replaces Marcelo Saracchi.

As well as Saracchi, playmaker Giorgian De Arrascaeta has also been also axed from the squad.

One player who could potentially make his debut is Darwin Núñez, who is currently playing his football in the second tier of Spanish Football for Almería.

At just 20 years old. Brian Rodríguez, who scored vs the USA in the international break in September, will be hoping he can continue to impress the manager, Óscar Tabárez, and earn a place for the world cup qualifiers. – Rodríguez is certainly a player you may wish to keep your eye on.

They have been two players called up from the domestic league in Matías Viña and Giovanni González of Nacional and Peñarol respectively.

Venezuela will return to play in Caracas for the first time since the 2017 world cup qualifiers.

Josef Martínez has decided he will not play for Venezuela under the current due to “an ever-deteriorating professional relationship with the current national team head coach,” Rafael Dudamel.

Venezuela, like last time out, have a picked a squad full of players who have already played for the national team.

Coming back into the squad is captain Tomás Rincón who will add experience to the squad.

One player to watch out for is 21-year-old Yangel Herrera who plays for Granada. At such a young age he has already featured for La Vinotinto 16 times.

Loading...
Newer Post
Elliot Simmons On Quality Coaching At MK Dons & Feeling At Home In Canada
Older Post
The Foals Gallop To The Top In Wild Start To Bundesliga Season