Noah Verhoeven: The Canada Men’s National Team Is Stronger Than Ever 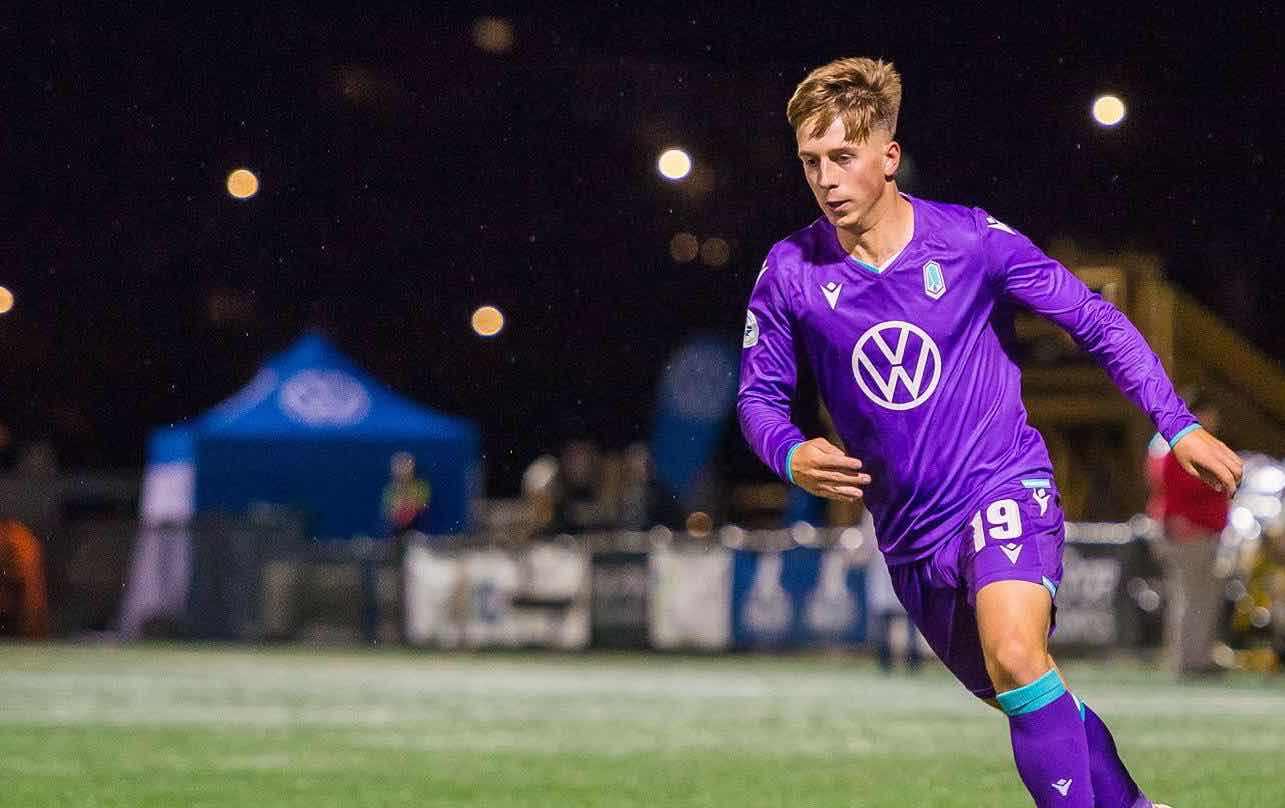 You’ve had just as much playing time in the CPL with Pacific as you did with Freno in the USL. What’s changed, do you think, in your personal growth as a player?

“Yeah, I think personally I’ve developed a more well rounded game. I would say Michael as a coach has helped me work on my defensive abilities.

“I have been a attacking minded player and [Michael] has shown me how important it is to develop in that aspect.”

Coming out of the whitecaps residency program, do you still follow the club?

“Yeah, I do. Some of my good friends still play for the Whitecaps, and so I still talk to them and remain really close with a lot of the players there.”

What about Theo Bair? What have you seen from him this season in what’s been a break out year?

“I grew up playing with Theo in the academy. I remember when he first came on trial and we were there together.

“I think as a player he’s grown a lot. You knew he had it — was just about finding out how he could use his abilities, his strength — speed, physical attributes and has good feet for a big man as well.

“I think for him it’s was just about piecing everything together. It’s fantastic to see how he’s playing now and what he’s doing there.”

You’ve attended both US soccer and Canada soccer camps for the youth national teams, being eligible for both… Hate to put you on the spot, but who were you cheering for when the team’s met recently?

“Right now, of course, I’m cheering for Canada. I’ve had the experience just before the Gold Cup of training with the men’s team, and Canada is very close to my heart. I was born here and lived here my whole life.”

But I’m sure it must help to be a holder of the US passport, in terms of potential future aspirations?

“The situation with MLS right now is: I’m pretty sure they’re working to make it so that Canadians don’t take up international spots on American teams.

“As of right now it’s good to have the US Citizenship so I wouldn’t count as a foreigner on an American team which it’s nice to have.”

Let’s talk about more about your experience training with the Canadian Men’s National Team in California prior to the opening match of the Gold Cup. John Herdman invited you then, how valuable was that and what did he say to you specifically throughout that week?

“Yeah, I worked with John, Mauro [Biello] and a lot of the staff before in Toulon with the U21’s last year.

“They’re very clear about what they want to do tactically, their expectations, and how they want their players to operate on the pitch and off it.

“So for me it was a good environment to be around and see how guys are taking the standard to the next level, and obviously those guys are those at a point in their career where the national team is stronger than it’s ever been probably.

“A lot of the players were really helpful and just a great environment to be in.”

How to special would it be to Qualify to Tokyo 2020 and be part of that team that will try to do so in Olympic Qualifiers for March in Guadalajara, Mexico?

“One of my goals, when I heard about the Olympic qualifying, was to be selected to that squad and to hopefully go there and play a big role.

“I’m working hard at my club right now and my eyes are set on that of course, just taking it day by day and working hard every day, and when the time for the qualification comes to be in the best position I can be in”

Pacific FC is the youngest team in the league, does that change at all the environment of the locker room?

“Of course I haven’t been to the other club’s locker rooms, but we have quite an energetic group, and from day to day, there’s never a dull moment really with the young guys.

“We’ve known each other for so long that it’s a comfortable setting and we share a lot of time, being together on and off the pitch makes it easier to cooperate and work with one another.”

Is it important to have that mutual respect, as opposed to being the youngest and having the veterans lead things? Everyone helping out with the equipment, water bottles, soccer balls etc, the mentality of togetherness.

“There’s a good side to both things. At Fresno last year I kinda had a little bit of the rookie treatment – there were three younger guys so I got to experience that a little bit, but I think this year the team is really cohesive.

“Definitely the young guys stick together, but the older guys are just as much friends with us and they believe the same thing. We’re all working towards creating a good culture here at Pacific.

“The older guys and younger guys we work really well together and they’re helping us so it’s a good mix.”

What would you say is your style of play, and who is your role model?

“I like my role to be controlling the game, and I like to be in the middle of the park, controlling the tempo and going forward, and the pace of the game, whether we’re keeping the ball or, building out, playing more direct and things like that.

“I like to have the ball at my feet more often, and some of my role models growing up — I watched a lot of Eden Hazard, also players like Phillipe Coutinho, Luka Modric, Kevin De Bruyne — those are some of the players I watched growing up and still do.”

What was your favourite goal this season that you either scored or played a part in? Maybe it was that corner kick cross in the opening game that was the assist to Hendrik Starotzik’s header and the first ever goal of the club?

“Yeah, one of my favourite moments was definitely the first goal because of the atmosphere at the stadium.

“It was the first game — there was a lot of expectation for the league and to come in and get our first win at home was huge. We felt that we had a good game. Just a very memorable moment.”

Who is someone that has really stood out in your career? Maybe a youth coach, and when you started believing internally that you could actually be professional?

“A big part of my career has always been my father. He’s helped me with a lot of difficult situations and he’s very honest with me.

“Sometimes when I’m making things more difficult than they are he then tells me the simple solution and helps me get back to where I am. I also think I was lucky to have a lot of good youth coaches.”

What would you be doing if you weren’t a footballer?

“If I wasn’t a footballer, I’d probably be studying kinesiology; something to do with the body and probably try to be a trainer or a psyotherapist to stay involved in the game.

“I think I’d want to be around the game as much as possible.”

Thomas is a freelance reporter based in Edmonton, covering the Canada national team, Canadian Premier League, and Canucks abroad.