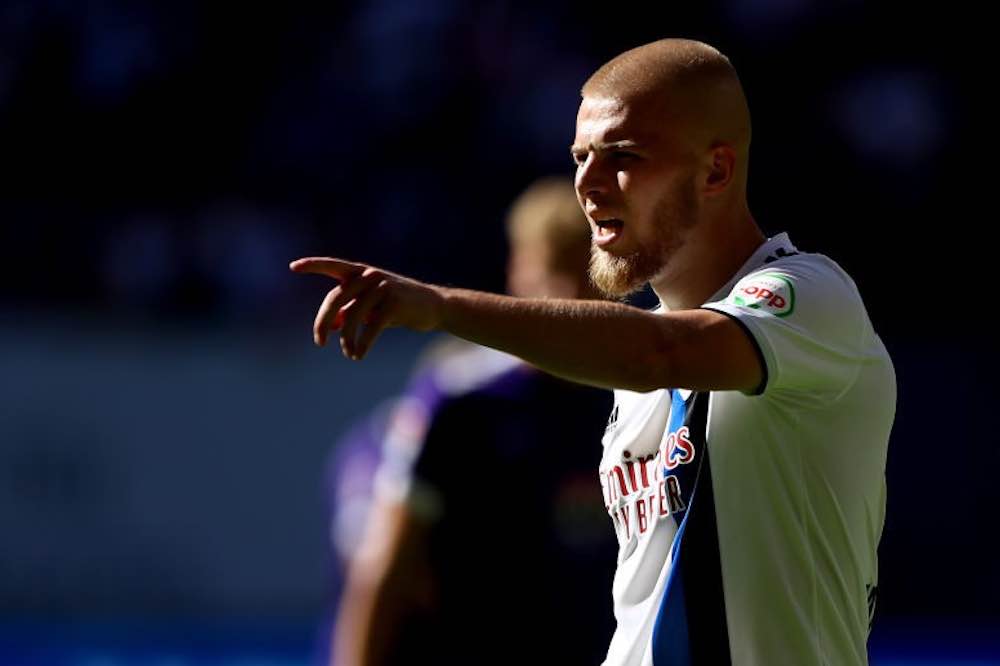 James Rowe spoke to Hamburger SV defender Rick van Drongelen, exclusively for WFi. They discussed what it’s like to play in the Bundesliga, his love for Sparta Rotterdam, and the exceptional talent on Abdelhak Nouri.

You signed for Hamburger SV in 2017. What is it like to play for such a big club? Are you enjoying it, and how do you look back on your time in Hamburg so far?

“It is a massive honour to play for Hamburger SV. From day one I was convinced by the club and playing for them gives you a special feeling.

“Hamburg have given me the opportunity to become the youngest Dutch player to debut in the Bundesliga, and since then I have gone on to make over 50 appearances for the club.

“Every time I put the shirt on, especially in front of our home fans, it is beautiful.”

You came through the youth setup and went on to play for Sparta Rotterdam. How do you look back on your time at the club do you have any highlights or special memories?

“I had a great time at Sparta Rotterdam, and they still remain my club.

“I have great memories of my time there: making my debut at the age of 16 and being the youngest goalscorer in the history of the club. We also won the Dutch First Division, going on to play in the Eredivisie and managed to avoid relegation too.

“I managed to get my first minutes under my belt as a professional footballer, and I am grateful to the people who were then at the club who helped play a part in that.

“I still have contact with many people there and when I have time I also go to watch them play. During the recent Eredivisie promotion/relegation play-offs I went to support them, and I will continue to always be associated with the club.”

You have also represented Jong Oranje at youth international level in different categories. How do you look back on your time representing the Dutch national team at youth level?

“I represented the Dutch national team at U17 level and then I went onto U19 and subsequently Jong Oranje.

“I managed to play the U17 European Championship in Bulgaria, which was a great experience, and after playing three draws in a group with England and Italy, we did not manage to reach the knockout phase which was a shame.

“I remember at U19 level we qualified twice for the European Championships, but I did not receive permission from my club Sparta Rotterdam, which was bittersweet as I could have gained more experience at international level.

“I got to know some great players who all play for different clubs and you make some good friends and follow their careers.

“Even now I enjoy meeting up with Jong Oranje and it is something I look forward to. It also nice to represent the Netherlands at international level.”

47′ ⏱️ GOOOOOOOOOOOAAAAAAAAAALLLLL for Hamburg! Rick van Drongelen pings a succulent ball over the top, Martin Harnik takes it down and hammers past Männel. First goal for HSV for Martin as well 😍😍😍
____#HSVAUE 3-0#nurderHSV pic.twitter.com/F17UhLQ3yy

Given your experience playing in the Netherlands and Germany, as well as at youth international level, could you say who are the best players you have played alongside so far in your career?

“I remember my first year with the Dutch U19 team, I played in a midfield alongside Frenkie de Jong and Abdelhak Nouri.

“It was very special to play alongside such players. You could see even in training how exceptionally talented they were, and I believe that more players would share such opinions.

“It is tragic what happened with Abdelhak Nouri. Nobody expected that and I believe that many people were curious as to how he would develop as a player.

“He was a very special player and he remains one of the most exceptional players that I played alongside so far in my career.”

I can imagine in your position as a defender, playing in the Eredivisie and Bundesliga, that you have come up against some good opponents through the years. Are there any that stand out for you?

“Yes. During my first season at Hamburg I came up against many good players such as Yussuf Poulsen of RB Leipzig, Robert Lewandowski of Bayern Munich, and Arjen Robben, too.

“Raffael, the Brazilian striker of Borussia Monchengladbach was a particularly tough opponent.

“There are many opponents of international class in the Bundesliga, and as a defender you have to work hard.

“I do not look up to big names, and football remains a game. I prepare the best I can as a defender because I know that I also reached that level on merit.”

Finally Rick, could you say which managers or coaches have been influential in your development as a professional footballer?

“Yes. Michael Reiziger was very important. He was my manager at U17 level at Sparta Rotterdam, and he is the first manager who said to me: ‘Rick, I want to see how you play as a central defender,’ because at that time I was playing in midfield.

“Later that year Michael Reiziger went on to coach in the first team of Sparta Rotterdam under then manager Alex Pastoor, and together they were important in me breaking through as a professional footballer.

“They both believed in me, gave me confidence and let me play at such a young age, and I will never forget that. They have both played an important part in my career.