Colón Fans Await Most Important Date In Their History 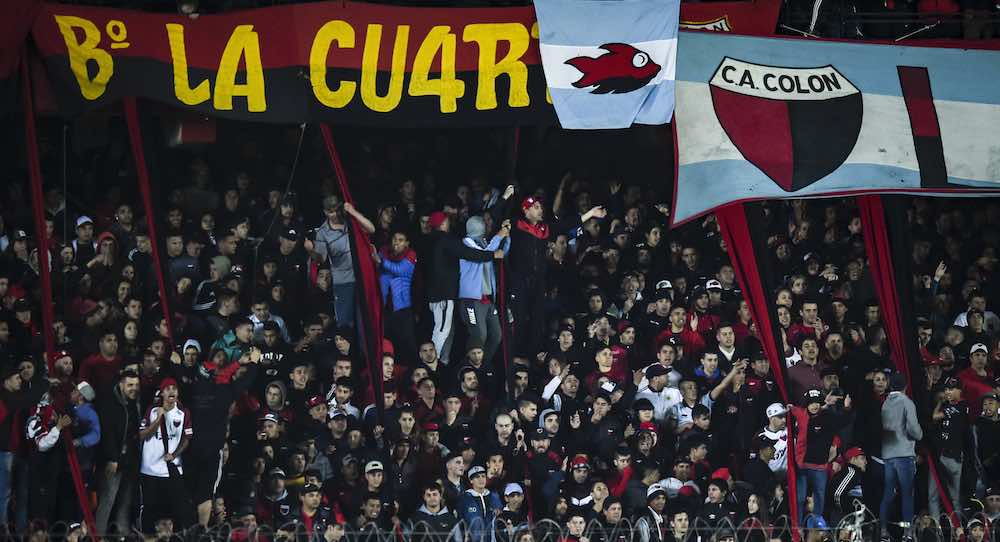 Renato Aghemo and Aime Noblega, a couple from the northern Argentine province of Santa Fé, booked their wedding for Saturday November 9 over a year ago.

Both are fanatical supporters of the local team Colón, a side that regularly features in the Argentine Primera division but without too much success to shout about.

The couple, therefore, presumed that date would bring just another day in the club’s history. Perhaps they’d play a home game vs River Plate or Boca Juniors, or maybe a local derby with crosstown rivals Unión, nothing more than that.

How wrong they were.

Against all the odds, the club has made it to its first continental final ever, and will face Ecuadorean side Independiente Del Valle in Paraguay on Saturday for the Copa Sudamericana crown.

This achievement was confirmed in late September when they eliminated Brazilian giants Atlético Mineiro on penalties in the iconic Mineirão stadium.

That night, under the pouring rain in Belo Horizonte, the team summoned a late equaliser from the penalty spot converted by Luis Rodriguez to level the tie at 3-3.

In the shootout that followed, they overcame the home side in style to record scenes that will forever live with every Sabalero fan.

The location for the final will suit them too. Asunción is only an 11-hour drive from Santa Fé, which isn’t far in South American terms.

Over 20,000 supporters are expected to head north on the highways to see if their men can bag a historic triumph in the Paraguayan capital.

The task won’t be easy. Their opponents also overcame a Brazilian giant in Corinthians in the semi-final, and have experience of the big occasion.

Independiente del Valle lost the Copa Libertadores final to Atlético Nacional de Medellin in July 2016, even if the turnover of players and staff has been almost 100% since then.

⚫🔴 Pulga Rodríguez has had quite the #Sudamericana! @ColonOficial's talisman has 4⃣ goals ⚽ and 4⃣ assists 🎯 so far.

👉 On November 9th at @Asuncion2019, he'll look to add to his total. pic.twitter.com/fCDPvWgUnk

This final comes two weeks before the Copa Libertadores finale in Lima, and marks the start of the switch to one-leg neutral finals on the continent, much like in European competition.

Organizers CONMEBOL probably dreamt of a glamour tie such as Atlético Mineiro-Independiente, but instead two underdogs will be the protagonists.

Perhaps this is a blessing, as neither Colón nor Independiente Del Valle look down on this trophy. One of them will have the night of their lives on Saturday in Asunción.

Needless to say, Abhego and Noblega’s wedding was postponed until the following Saturday.

“We want to be out celebrating the best night in the history of our club that day,” Noblega told a national news channel.

“Or at very least, not to have to spend my wedding night with my Unión supporting relatives if we lose.”

Heaven forbid, as the odds are that most Colón fans won’t live to see another continental final.