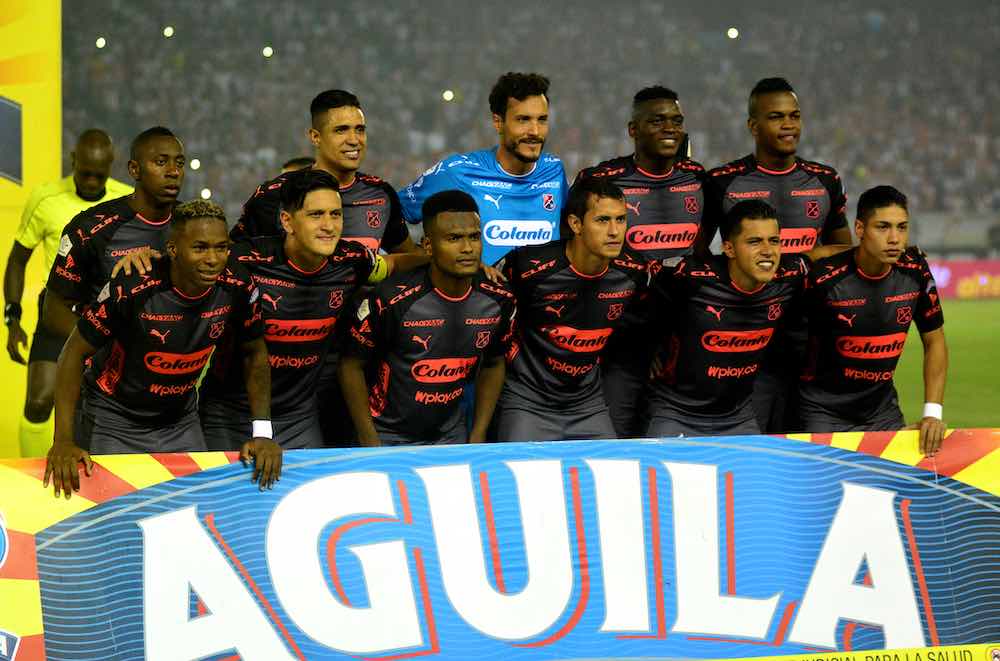 A disappointing end to the Liga Aguila for Deportivo Independiente Medellin means there will be no play-offs for the club this time around — something which would have been the bare minimum expectation at the start of the season.

This means for DIM, the attention turns towards the first Leg of the Copa Aguila against Deportivo Cali.

With each team having won the competition once in their history, it should be an entertaining and feisty affair.

After a very impressive 2018 season, DIM finished top of the overall aggregate table, runners up of the Torneo Finalización, and qualified for the Copa Libertadores.

The future seemed bright, and some serious silverware seemed possible. Nine months later though, the only chance of silverware will come via the domestic cup. Even though DIM would have hoped for more, they have good reason to be confident going into the final.

For a team that didn’t make it into the playoffs, form wouldn’t seem like something that will be a benefit, but DIM are undefeated in their last ten games in all competitions, winning seven of them.

A poor start to the season was the downfall for DIM, but going into the final this should be well out of the player’s minds.

DIM might be disappointed about not getting into the playoffs, but they need to utilise the form they have in the first leg.

At times DIM can live or die by the boot of Germán Cano. Cano has been the league’s top goal scorer for the past two seasons and if he’s not firing then DIM generally struggle.

In recent games, DIM have managed to make it more of a team effort and have been successful in doing so, but I believe in an important first-leg they will focus their attention on getting Cano the ball in dangerous areas, and letting him do what he does best.

Cali took four of six points available in recent matches, but that doesn’t tell the full story. In the most recent match-up between the two sides, the game felt even enough and a point would have been a fairer result, but Cali scored a 94th-minute goal and took the win.

With the first leg being in Cali, maybe the home side will look to push forward and take the game to their opponents, but they will also be confident after getting the win against DIM last time they welcomed them.

It should be an entertaining watch, and both sides will hope it is a showcase for Colombian football.

The game kicks off at 11 pm GMT on Saturday 2nd November.